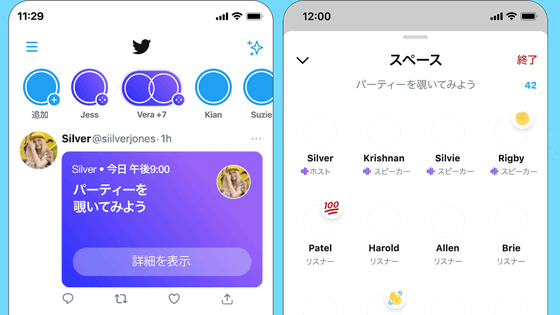 Clubhouse ', 'Space ' is a function that allows you to easily enjoy voice conversations with your followers on Twitter. Space released on Twitter in April 2021 could only be hosted with more than 600 followers, but from October 22, 2021, the space hosting authority has been released to everyone. Twitter announced.

if this is your first time hosting, welcome! here's a refresher on how pic.twitter.com/cLH8z0bocy

Twitter is finally letting everyone create Spaces --The Verge
https://www.theverge.com/2021/10/21/22739249/twitter-finally-letting-everyone-create-spaces #

The space was tested on Twitter in December 2020 and officially released in April 2021. When version 8.56 of the iOS app was released in March 2021, it was reported that Twitter intends to release the hosting rights of the space to all users. Then, in October 2021, anyone could finally create a space. 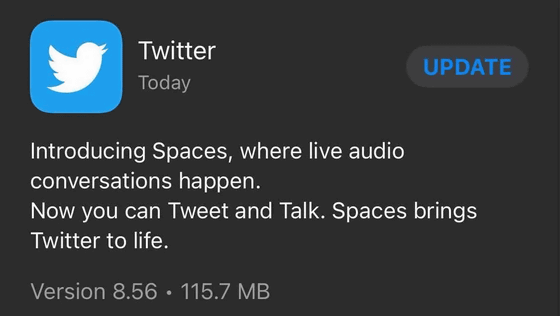 In addition, it was announced that Clubhouse, which gained popularity as an invitation-only voice conversation SNS more than a year before the space was officially released, abolished the invitation system in July 2021 and anyone can register. .. The Verge, an IT news site, said, 'Will Twitter open up space hosting rights to all users, which will speed up Cloubhouse's service, or will it end as soon as a fleet?' I commented.