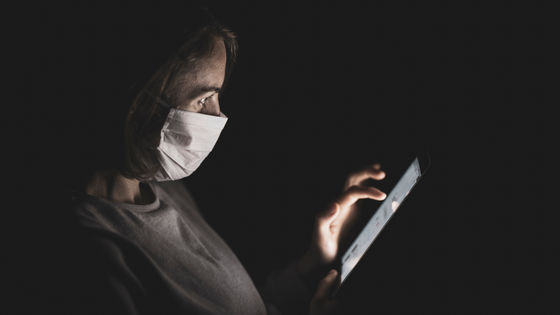 That Mr. Trump Jr. has been retweeted the movie of the doctor says treatment in the anti-malaria drug, hydroxychloroquine of the new coronavirus infection (COVID-19) is an effective, misinformation diffusion prevention of COVID-19 on Twitter rules In violation of the above, the function of Trump Jr.'s Twitter account will be temporarily restricted for about 12 hours. In addition, the movie that Trump Jr. retweeted posted in a news media called Breitbart , and the official Twitter account of the media was also temporarily restricted .

Big Tech is the biggest threat to free expression in America today & they're continuing to engage in open election interference-full stop.pic.twitter.com/7dJbauq43O

In the movie posted by Breitbart at issue, doctors repeatedly asserted that there is no scientific basis, such as ``hydroxychloroquine is effective for treating COVID-19'' and ``no need to wear a mask'' I am. This movie is especially popular on Facebook, and it has been revealed that it has been played more than 14 million times within 6 hours since it was posted. The movie has been posted on Facebook and YouTube in addition to Twitter, and the three platforms have deleted the movie as 'in violation of policy' respectively. Therefore, the movie in question can only be played on the Breitbart website. Hydroxychloroquine is also known as May 18, 2020, when President Trump revealed that he had taken it daily for a week and a half. Initially expected to be a potential treatment for COVID-19, hydroxychloroquine, but in May 2020, the World Health Organization (WHO) announced that it would suspend clinical trials for hydroxychloroquine , and in 2020 In June, the US Food and Drug Administration (FDA) withdrew its emergency license to use hydroxychloroquine as a COVID-19 treatment .