Introducing the 'O.MG cable' that sends everything you type in with the keyboard to the outside via Wi-Fi even though it looks like a normal USB cable At first glance, it is a normal USB cable, but when it is actually plugged into a PC, it behaves maliciously and helps hacking with the 'O.MG cable '. Until now, O.MG cables that are indistinguishable from ordinary USB cables have been announced, but a new

keylogger that saves the contents typed in the keyboard of the PC is built in, and the input contents are input via Wi-Fi. There is a new version that sends it to the outside.

This Seemingly Normal Lightning Cable Will Leak Everything You Type
https://www.vice.com/en/article/k789me/omg-cables-keylogger-usbc-lightning

'O.MG cable' is a USB cable with a built-in Wi-Fi microcontroller in the connector part, created by security researcher MG. When it was announced in 2019, it showed how to access the O.MG cable from the outside via Wi-Fi and remotely control the terminal into which the O.MG cable is inserted using a dedicated application. .. 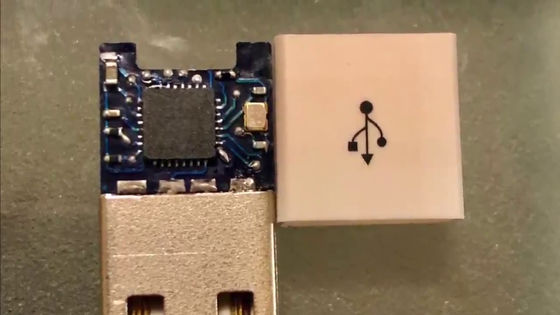 This O.MG cable has been continuously improved, and not only a version disguised as a Lightning cable with basically the same operation, but also a USB Type-C version and a Micro-USB version were sold.

The appearance is a USB cable, and the contents are a hacking tool abuse prohibited cable 'O.MG Cable' is now on sale following Lightning --GIGAZINE The latest version of such an O.MG cable equipped with a keylogger has appeared. A new storage is installed in the connector part of the USB cable, and it is now possible to save the data stolen by the keylogger. According to MG, the number of keystrokes that can be saved is about 650,000, and the saved keystroke contents can be sent to an external terminal. It seems that the O.MG cable will become a Wi-Fi hotspot, and by accessing it with an external terminal, it will be possible to send data to the outside.

You can check how the latest version of the O.MG cable is actually stealing the contents entered on the keyboard in the following movie. The smartphone placed to the right of the display is a terminal for receiving data stolen by the O.MG cable.


The following movie shows the typing contents stolen by the keylogger displayed on the screen of the smartphone. The words 'username' and 'password' that were typed in the video above are displayed firmly on the screen.


According to Motherboard, a tech media company that contacted MG independently, 'Some people say that USB Type-C is safe for this type of embedded hacking tool because there isn't enough space. , That's clearly wrong. We've been making improvements to prove this, 'he said, revealing that he has focused on downsizing the components of the O.MG cable.

In fact, traditional O.MG cables, like the USB A to Lightning cable and the USB A to USB Type-C cable, have a USB A connector on one side. However, in the latest version, we have succeeded in embedding a dedicated component in the USB Type-C connector part, and according to MG, the special component (green line) dedicated to the O.MG cable hidden in the connector part is originally It is said that it occupies about half of a certain component. 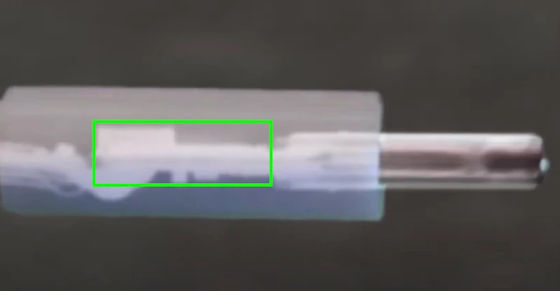 The new O.MG cable with keylogger has geo-fencing capabilities that allow the user to send or stop sending data collected by the keylogger based on the location of the cable. In addition, the latest version of the O.MG cable can send and receive data to and from terminals located more than 1 mile (about 1.6 km) away from the cable, making it more realistic than ever. It is said that it is.

Other improvements in the latest version of the O.MG cable include the ability to change keyboard mappings and exploit system vulnerabilities to forge the identity of certain USB devices.

“The shortage of semiconductors due to the pandemic of the new coronavirus has made the already difficult process even more difficult. It's almost impossible to find a replacement, so we had to wait more than 12 months to make an O.MG cable with the latest key loggers, 'says the secret story behind the production of the latest version.