Is it compatible with antitrust lawsuits so that iOS 15 can be confirmed whether tracking is possible even with genuine Apple apps? Apple introduced App Tracking Transparency (ATT) in iOS 14.5 , released in April 2021, making it mandatory for third-party apps to ask for permission to track users. With iOS 15, scheduled for release in the fall of 2021, users will also be able to choose whether to track or not in the App Store and the official news app, News.

iOS 15 now prompts users if they want to enable Apple personalized ads, after it was previously on by default --9to5Mac
https://9to5mac.com/2021/09/02/apple-personalized-ads-targeting-ios-15/

Apple assigns users an advertising identifier called IDFA, which allows app developers and advertisers to track users and display ads optimized for each user. increase. Starting with iOS 14.5, the introduction of ATT allows users to choose whether or not to track with IDFA. 96% of U.S. users are refusing to track, and Facebook's quarterly revenue is expected to decline by 13.6% as information needed for targeted advertising is blocked. It has had a big impact on the advertising industry. 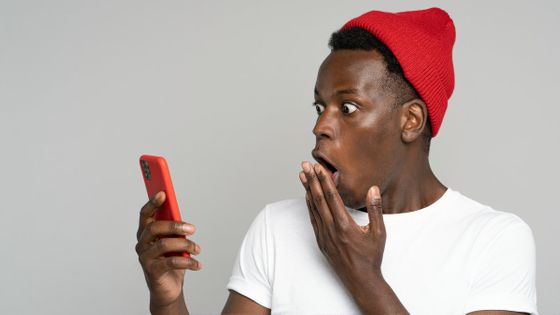 On the other hand, at the time of writing the article, the genuine Apple app continues to serve targeted ads unless the user explicitly refuses.

As a result, in France, Apple has been alleged to violate antitrust laws, claiming that it 'delivers targeted advertising on the App Store without the consent of the user.' Meanwhile, in the development version of iOS 15 scheduled to be released in the fall of 2021, it was confirmed that even genuine Apple apps such as the App Store and News will display pop-ups that let users choose whether to deliver targeted ads. .. 9to5Mac, which discovered the above change, said, 'This change is believed to have been made in response to an imminent antitrust lawsuit.' 'With the addition of pop-ups, Apple's advertising policy is developing third-party apps. It's now in line with what people were looking for. '' It feels fair. '