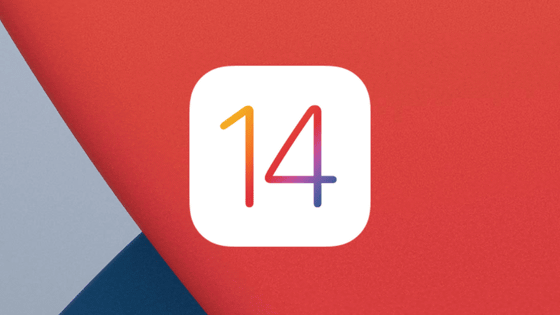 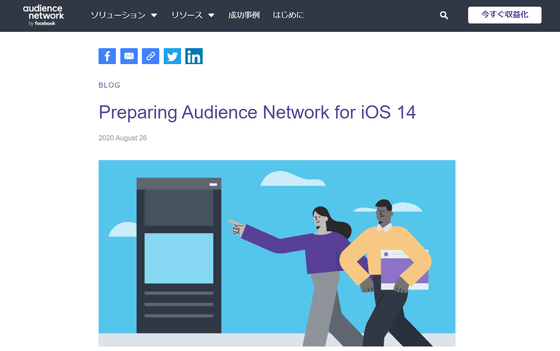 How We're Preparing Businesses for the Impact of iOS 14 | Facebook for Business
https://www.facebook.com/business/news/preparing-our-partners-for-ios-14-launch

On Apple devices such as the iPhone, Apple randomly generates and assigns an advertising identifier called IDFA to the user's device. Advertisers can use IDFA to measure user activity and deliver targeted ads for each user.

However, with iOS 14, which is scheduled to be delivered in the fall of 2020, it is required to notify the user whether the application on the iPhone has collected IDFA. This means that your app will not be able to collect or share IDFAs without your permission.

Facebook, which also handles the advertising business, offers a program called Audience Network that allows publishers and app developers other than Facebook to deliver targeted advertising. However, 'The revision of the privacy policy of iOS14 will allow users to intervene in the collection of IDFAs, making IDFAs essentially useless,' Facebook warns. In addition, 'On iOS 14 devices, Facebook apps such as Facebook, WhatsApp, Instagram, Messenger, etc. do not collect IDFAs.' 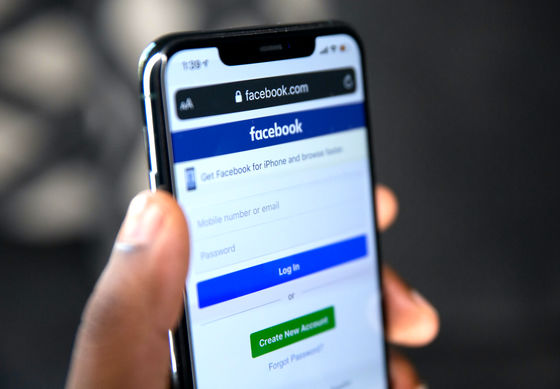 Facebook says, 'The ability to serve targeted ads to iOS 14 is limited. As a result, some iOS 14 users may not see Audience Network ads, and if we continue to see our ads. But it's less relevant to users. '

Of course, reducing targeted advertising not only prevents advertisers from running campaigns efficiently, but also reduces advertising revenue to publishers and app developers. At the time of writing, iOS 14 is only in public beta, and it seems difficult to quantify the impact on publishers and app developers, but according to Facebook tests, publishers on the Audience Network Revenue is expected to decrease by more than 50%.

Facebook said, 'We believe that industry consultation is essential for changing platform policies, as updates on iOS 14 will have a significant impact on the developer ecosystem,' and consulted with an ad network that includes Facebook. It expresses dissatisfaction with Apple, which has changed its specifications.