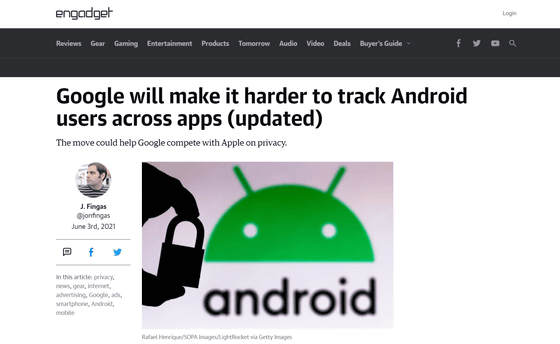 It has already been reported that Android 12, which Google plans to release in 2021, may add the ability to limit the tracking of apps.

There is a possibility that 'a function to limit the tracking of apps' will be added from Android 12, but it is also pointed out that 'income of 14 trillion yen will decrease' --GIGAZINE 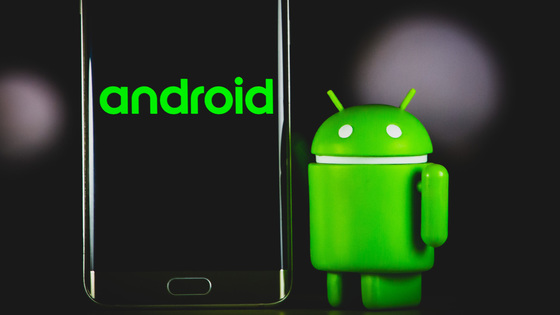 According to the British daily Financial Times , Google will include a feature that allows users to refuse tracking by device-specific ad ID. When a developer tries to access the ad ID of a user who refuses to track, they will see 'a string of 0s' instead of the information they originally got.

It is already possible to change the ad ID and depersonalize the ad on Android. However, the current situation is that these functions do not make sense because workarounds have already been devised by advertisers and developers. Introduced in Android 12, this tracking restriction feature makes the ad ID itself inaccessible, so traditional workarounds are unlikely to work.

And when Engadget emailed Google about this new tracking restriction feature, Google said it would be 'available on Android 12 devices from late 2021' and 'by early 2022 all Google Play stores. It will be applied to compatible terminals in stages. '

For a similar ability to deny tracking, Apple has implemented 'Application Tracking Transparency (ATT)' from iOS 14.5, which requires the user's permission to use an advertising ID called 'IDFA'. Apple, which advocates 'user privacy,' is actively promoting ATT, but Google, which has an aspect as an advertising company, has been reluctant to implement a function that can refuse tracking. Engadget said, 'Given Apple's move, it may be a good time to bring Google the ability to deny tracking on Android.'