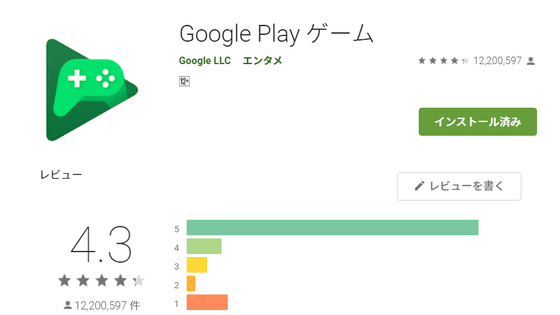 The official app store is an important source of income for smartphone app developers. Google Play, one of those official app stores, has announced that it will improve the reviews and ratings that users will most likely see when rating an app.

Google Play Android ratings will be specific to every country --9to5Google
https://9to5google.com/2021/08/23/google-play-ratings-country-form-factor/

However, if a bug occurs only in a specific area, for example, an app that has no problem in other areas will be given a low rating, which may cause user churn. In addition, there are apps that make a big difference in performance depending on the type of device, such as 'Even if it is excellent as a smartphone app, it is inconvenient to use it on a tablet'. In order to correctly evaluate such various apps according to the area where the user lives and the device used, Google announced that it aims to introduce a personalized review rating system for each user. 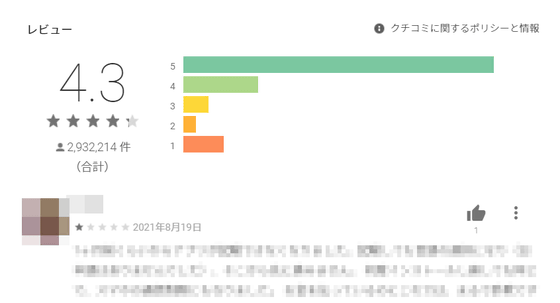 Specifically, from November 2021, country-specific reviews will be displayed only for smartphone users, and in early 2022, for other device users such as tablets, Chromebooks, and wearable devices. Will also show unique reviews. As a result, even if the performance differs depending on the country or region, or the evaluation differs greatly depending on the device used, it is possible to correctly deliver the user's voice to the app to the individual.

In addition, on the screen for checking the details of reviews and ratings, it is now possible to individually select the period specification and the method of aggregating review data. In addition, it is also possible to download the average rating data and evaluation distribution as CSV data.