I tried 'Nissin Donbei Kitsune Yaki Udon', which has a rich Japanese-style soup stock of Donbei entwined with chewy noodles. ' Nissin Donbei Kitsune Yaki Udon ', which is one of Nissin's signature products, will be powered up on February 22, 2021 (Monday), where you can enjoy the Japanese-style soup stock of '

Donbei '. Will appear. It is said that the 2021 version has a liquid soup stock and powdered soup stock that are firmly entwined with the noodles, so I actually tasted it.

Donbei Kitsune Yaki Udon has the same package design as regular Donbei, but the shape of the cup is similar to that of Nissin Yakisoba UFO . Compared to the normal Donbei (right side), the difference in shape is obvious. Looking at the raw materials, fried noodles are the same as regular Donbei, but the soy sauce is based on soy sauce, dried bonito seasoning, fish meal, etc. Waiting time is 5 minutes. While waiting, warm the pouch of liquid soup on the lid. 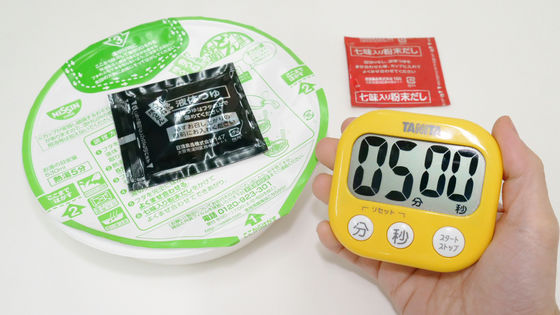 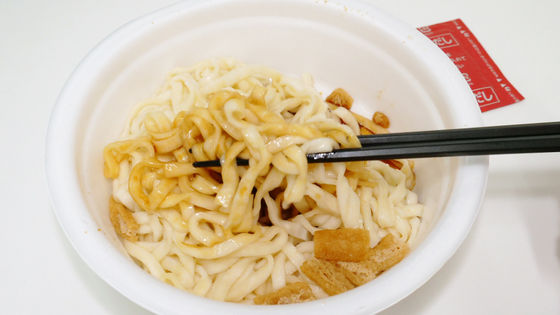 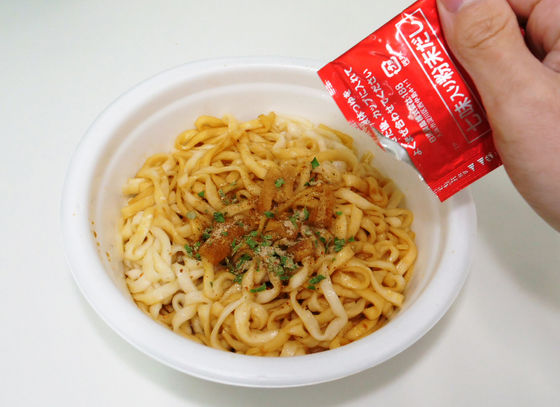 Stir well again and you're done. When you try it, the noodles are more chewy than the regular Donbei, and the soy sauce has a richer taste of soy sauce, like boiled down the regular Donbei soup. The spiciness of the shichimi spicy pepper contained in the powdered soup stock is an accent, and you can enjoy the taste until the end. 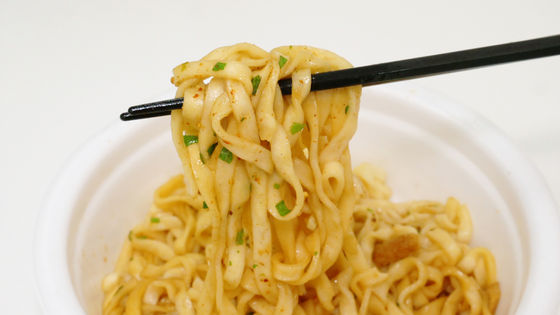