Increasing Transparency Around US 2020 Elections Ads --About Facebook
https://about.fb.com/news/2021/01/increasing-transparency-around-us-2020-elections-ads/ 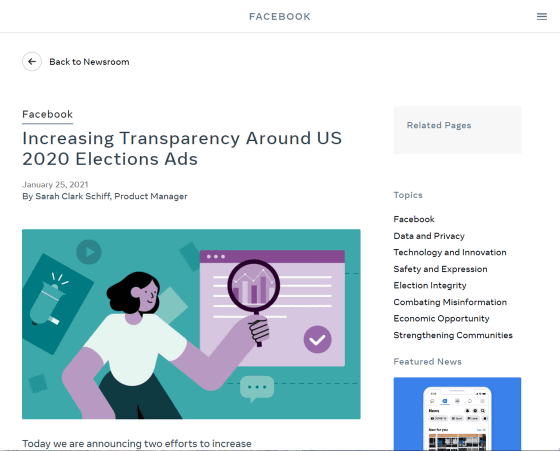 On January 25, 2021, Facebook published an article entitled 'Improved Transparency in Advertising for the 2020 US Elections.' In the article, Facebook announced that it will release a platform called 'Facebook Open Research & Transparency (FORT)' on February 1, 2021. FORT will enable the use of targeting data on more than 1.3 million social issues related to elections and politics. The advertising data included in FORT was posted during the three months from August 3, 2020 to November 3, 2020. 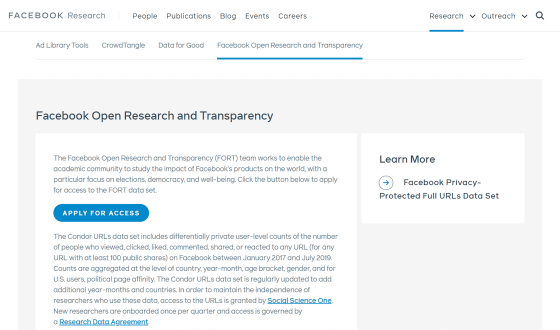 Meanwhile, in response to Facebook's announcement, The Real Facebook Oversight Board, run by the nonprofit The Citizens , said, 'New York University was doing the same for you until you shut down.' ..

NYU were doing it for you until you shut them down https://t.co/DGKXKl1e6q

This points out that Facebook banned the Facebook ad visualization tool 'Ad Observer' developed by New York University in October 2020. At that time, Facebook told researchers that 'if Ad Observer is not disabled by November 30, we will take further action,' and received great criticism from journalists and lawyers. In addition, according to Facebook's announcement, from February 1st, information on 'how much money each candidate was spending on advertising in 2020' will be released on the Facebook election page . 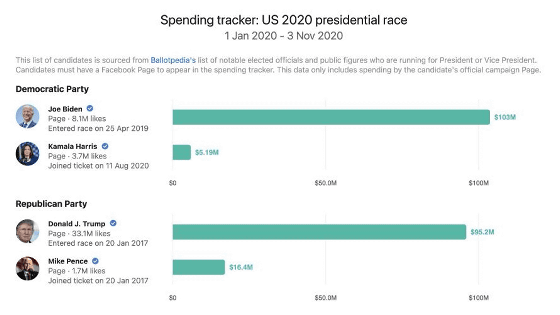