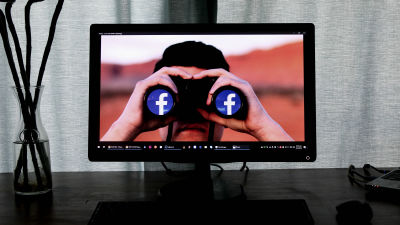 Like many services on the Internet, Facebook also makes advertising revenue the main source of income . When you are watching the advertisement displayed on Facebook, it is not uncommon that advertisements that you wonder "Why is this ad on my page?" To keep the transparency of advertisements on Facebook, we have items to provide information on "Why this message is displayed", "How do advertisers decide what to display advertisements?" . There were several tools to collect this information, but Facebook has been found to exclude such "tool that helps keep advertisement transparent".

In order to keep the transparency of advertisements displayed on Facebook, several companies including ProPublica have released a tool to collect target information "How advertisers decide the target of displaying advertisements?" It is. The information gathered by these tools was released to the general public and helped to keep the transparency of advertisements displayed on Facebook. However, Facebook secretly begins to eliminate these tools by making changes to its service. According to ProPublica, companies such as ProPublica, Mozilla , WhoTargetsMe published tools for collecting advertisement target information, but since Facebook inserted code to eliminate tools on its site, At that point the tool is in a state that it can not be used.

Law to increase the transparency of online advertising · Senator Mark Wagner, who proposed The Honest Ads Act , said, "This is a matter of great concern." "A research group like ProPublica is unclear and fraudulent In order to track and report on online advertising, we should always be able to access such information, "he says, worrying about eliminating the target information gathering tool.

ProPublica gathered political advertisement information displayed on Facebook and gathered it in a database by having thousands of volunteers use target information gathering tools over the past year and a half. 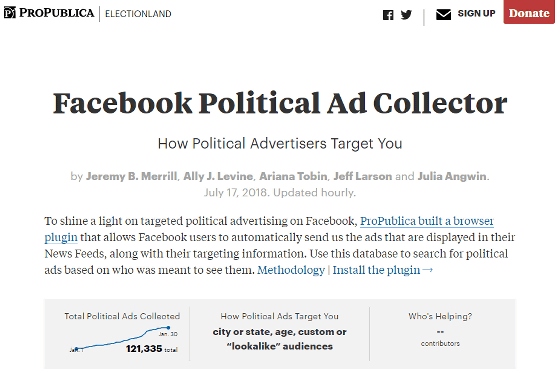 The extension that ProPublica has released automatically takes a screenshot of the advertisement and shows why this ad is displayed "Why am I seeing this? (In Japan, the reason why this message is displayed Copy the explanation written in ")" and save it in ProPublica's database. 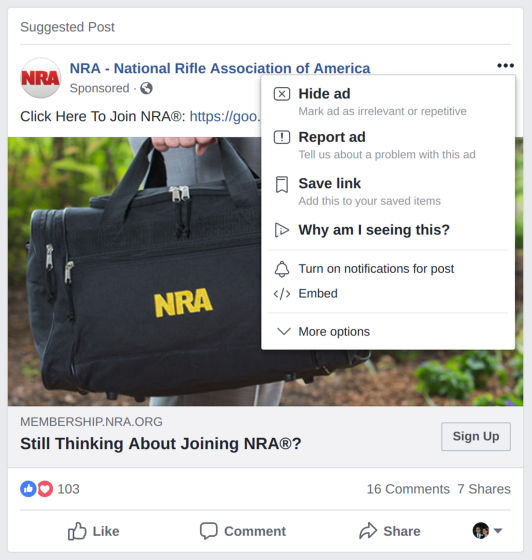 Sam Jeffers, co-founder of WhoTargetsMe, who delivered a tool similar to ProPublica to keep the ad's transparency, said, "Facebook intentionally obfuscates the code. When added, they will make further updates within a few hours, "he said, criticizing Facebook's movements. Also point out that large elections are in progress in many parts of the world, "In short, Facebook is actively trying to stop" collecting data on advertisements "that our project does I think that this is definitely a wrong decision. "

ProPublica and WhoTargetsMe think that Facebook is blocking the tool by adding new code to the site so that Facebook will not notify the user "Why is this ad displayed?", Facebook spokesperson Beth Gautier said, "This (a fix done by Facebook) is a periodic update that applies to ad blocking and ad scraping plug-ins. It's because there is a possibility of gathering user's information in an unexpected way and exposing that information to a malicious person, "he says, not to block the target information gathering tool but to address security issues only It is said to be a change to deal with.

However, Facebook has tried to block the target information collection tool many times by repeating minor adjustments so far. And this time I finally blocked the function to automatically extract the advertisement targeting information, so to speak, the core function for maintaining the tool to keep advertisement transparent.

This move seems to have occurred in a few months after Facebook executives requested ProPublica to "stop the project on transparency of advertising". According to ProPublica, Rob Leathern, director of Facebook advertising product management in August 2018, forced ProPublica's project to "strengthen our existing terms of service" while stating that the project "is fulfilling important objectives" He said that he had requested to cancel the project. Since ProPublica had no sign of stopping the project, it seems that Facebook has taken measures to block the tool in a few months later. 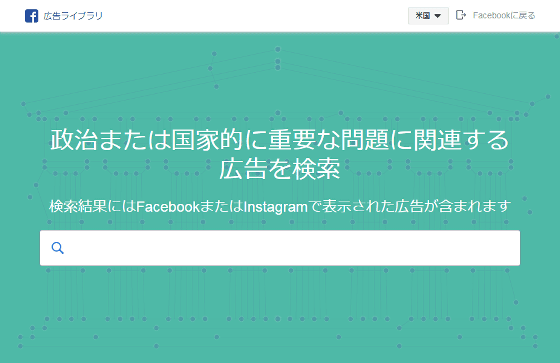 In contrast, ProPublica's tools allow you to check many political ads that can not be checked from ad archives. For example, political advertisements such as election reform advocacy groups for supporters of the American Rifle Association and Bernie Sanders , local anti-corruption groups , unions that advertise medical policy to Democrats , were archived with ProPublica's tools It was.

When ProPublica reported these political advertisements to Facebook, the company hidden these ads and said they responded "I am investigating why these specific ads were not classified as political ads" .

Although Facebook has released tools to make researchers more easily analyze political advertisements, this tool is a beta version only, and only a small number of developers including ProPublica can use it It is said that. In addition, it seems that it was necessary to sign a confidentiality agreement to use this tool, ProPublica seems to be unable to clarify detailed information on this. Also, Laura Edelson, an online political advertising researcher at New York University who uses this tool, "I can only search for advertisements that I already know." "With this, I can not discover any kind of new activity "I tell you.