Since the advertisements displayed on Facebook influence the decision-making of users and sometimes have a great influence on politics and society, a research team at New York University uses a tool called 'Ad Observer' to collect advertisement information from Facebook. , 'What kind of advertisement is displayed to whom?' Is being investigated. However, as of August 3, 2021, Facebook has invalidated the researcher's account, saying that user privacy was compromised in this study. In response, Firefox developer Mozilla has published an article entitled 'Why is Facebook's claim about Ad Observer wrong?'

Why Facebook's claims about the Ad Observer are wrong
https://blog.mozilla.org/en/mozilla/news/why-facebooks-claims-about-the-ad-observer-are-wrong/ 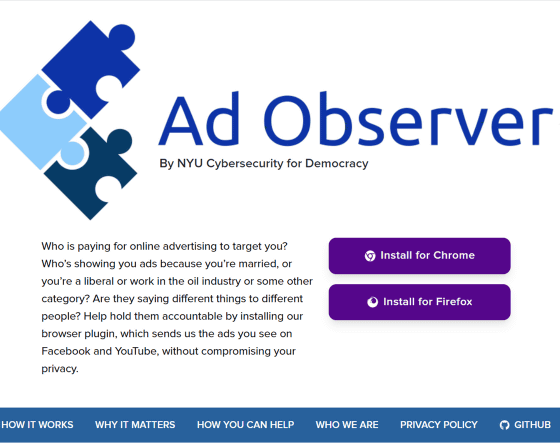 However, on August 3, 2021, Facebook announced that the project had 'incorrectly accessed Facebook data' and invalidated Facebook accounts related to the research team. Facebook claims that Ad Observer evaded detection and collected data such as usernames, ads, links to user profiles, and why certain ads were displayed. 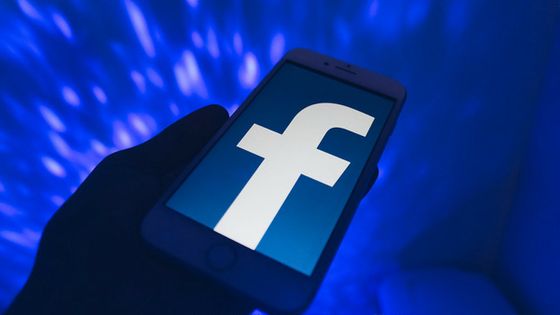 In response, Firefox developer Mozilla has published an article entitled 'Why is Facebook's claim about Ad Observer wrong?'

Mozilla recommends users to use Ad Observer, but before making the recommendation, he said that he did a code review and checked the flow of 'Is the user understanding and agreeing to the content?' That thing. When passing data to a third party, 'whether the person to whom the data is passed is a reliable organization', 'what kind of data is collected', and 'what is done with the collected data' are important, so Mozilla Evaluates Ad Observer with an emphasis on these three points. When we sent feedback to the Ad Observer research team, Mozilla said the research team immediately changed the code to take user privacy into consideration.

According to Mozilla, Ad Observer collects ads, targeting parameters, and metadata related to ads, but it doesn't collect user posts or friend information and compiles user profiles on the server. not. Ad Observer also turns off the collection of user attribute information by default, allowing users to view the collected data from a tab called 'My Archive' and opt in for anything that is okay to collect. Also, since Ad Observer is open source and the code is published on GitHub , anyone can check the above contents.

Taken together, Mozilla concludes that 'Ad Observer users can participate in this important study without sacrificing privacy.'

Facebook needs to crack down on third parties that collect data on the platform and endanger users, but applying that policy to the Ad Observer is counterproductive, Mozilla said.

On the other hand, the online community Hacker News said, 'The posts from both organizations are correct, but it's worth noting that the words have different meanings. Facebook defines advertisers as'users', and Mozilla's The post considers the advertiser to be a customer, not a user, and mentions other users. '

Facebook's claims about the Ad Observer are wrong | Hacker News 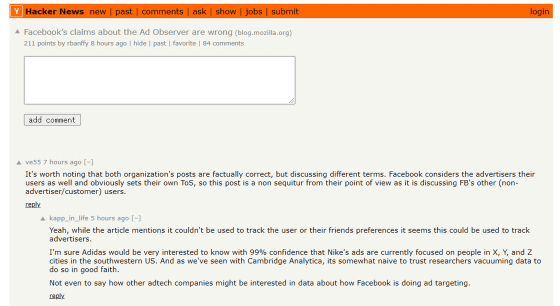