Excel , a standard spreadsheet software developed and sold by Microsoft, is not only used as a regular spreadsheet software, but also sometimes used for drawing and games . A fierce man who created a “ drum machine ” using such Excel has appeared, and the movie showing the actual rhythm in Excel is released.

I made an actual Drum Machine in Excel-YouTube


The Excel sheet displayed on the screen has something like a table. Click “Play Sequence” at the top of the table ... 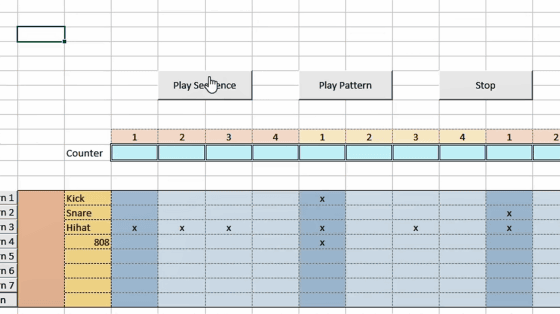 Rhythmic driving drums started to flow. If you look closely, the blue block flows from left to right at the top of the table, and it seems that the sound is sounding as shown in the table directly below the block. 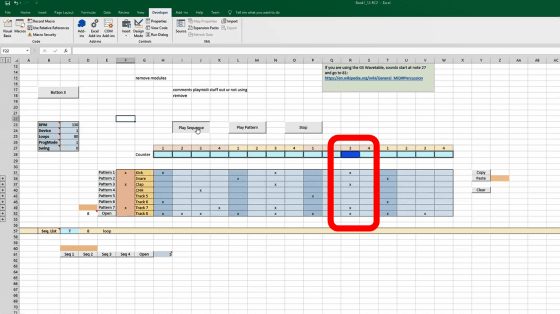 It seems that not only drum sounds but also bass sounds can be played as the same rhythm unit. 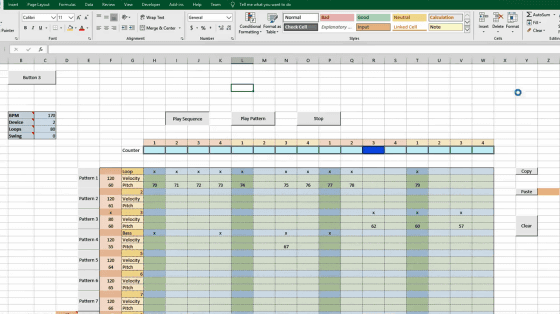 Dylan Tallchief of electronic music YouTuber created this “drum machine that can be operated on Excel”. To create an Excel drum machine with Visual Basic for Applications (VBA) , it was necessary to work intensively for about two weeks. 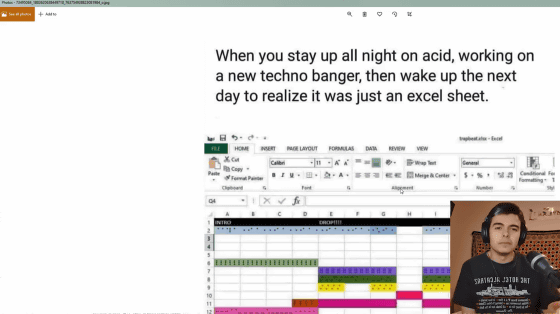 You can play a sound by entering the letter “x” in the cell of the line where the instrument name is lined up, such as “Kick ( 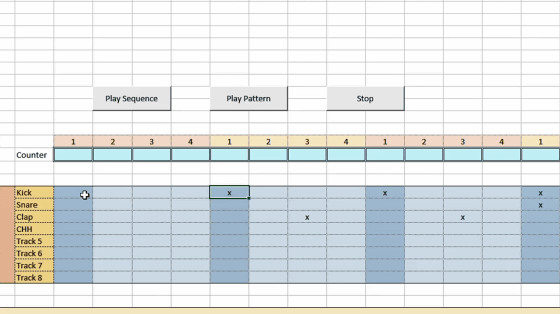 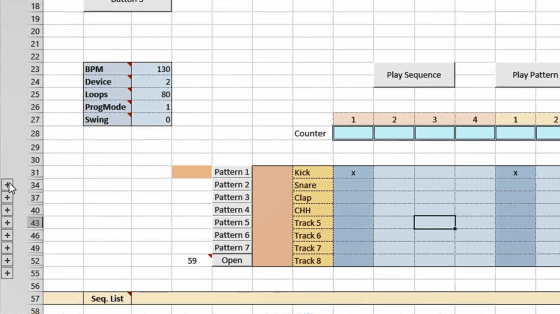 You can see that the velocity (sound intensity) and pitch (pitch) can be adjusted for each instrument. 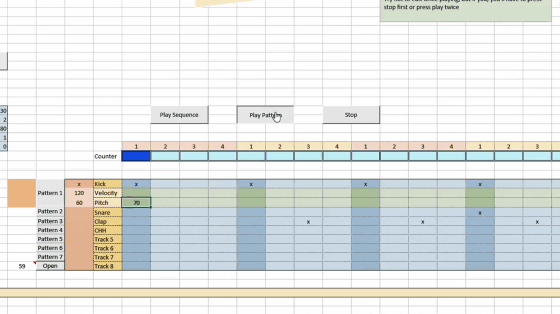 The pitch is set to “60” by default, which represents C5. 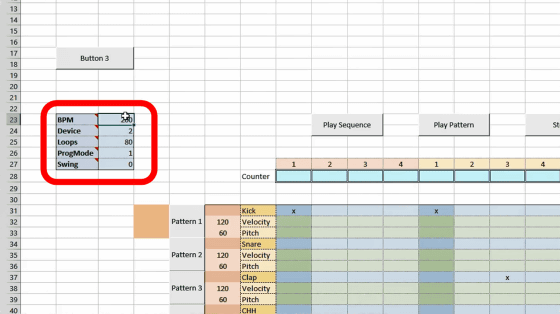 Swing can also be added. 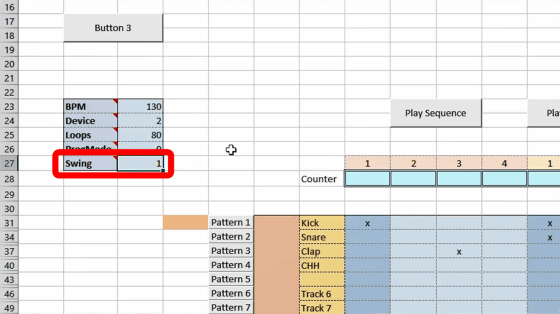 However, the Excel drum machine created by Tallchief does not sound like Excel itself. The drum machine made by Excel is a

MIDI controller that adjusts the sound, timing, speed, etc., and it is another software or device that actually sounds. 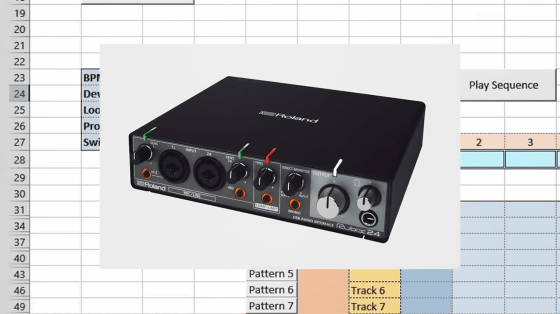 By default, it is set to play sounds by connecting to the

Microsoft GS Wavetable SW Synth , a software synthesizer provided as a Windows component, and no special hardware is required. 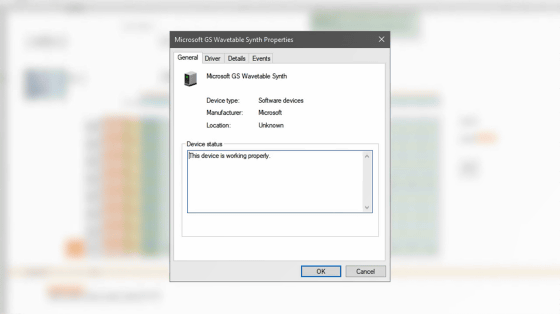 If you have a device that sounds, you can connect the PC to the device with an interface and switch the device that plays the sound in the “Device” field. 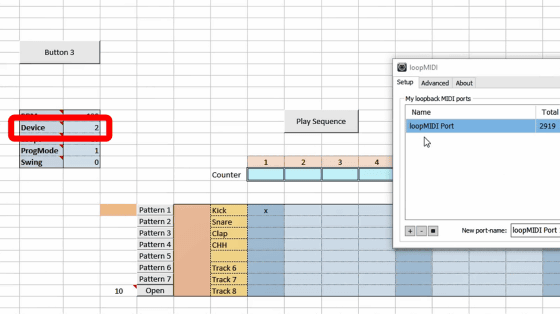 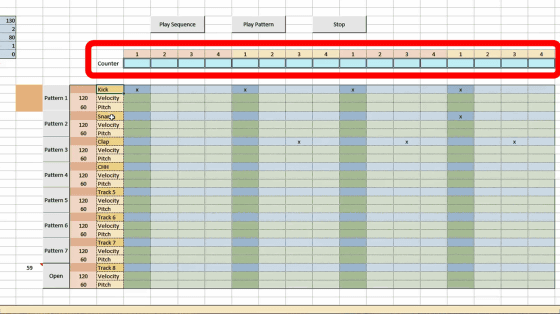 The created track can be saved as “Pattern”. “Pattern 1” to “Pattern 7” correspond to the buttons on the left. It is also possible to switch tracks freely while playing music. You can also display and play tracks other than Pattern 1 to 7 by entering the track number next to the “Open” button. 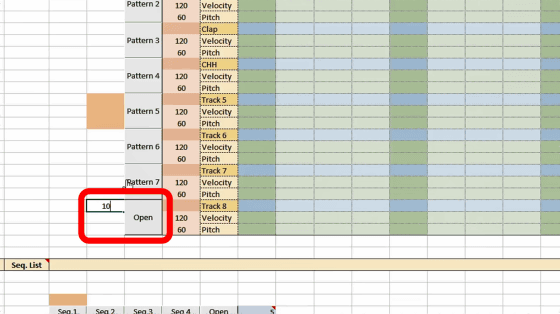 At the top of the drum machine that looks like the table, you can see two play buttons called “Play Sequence” and “Play Pattern”. Click “Play Pattern” to play only the selected track. 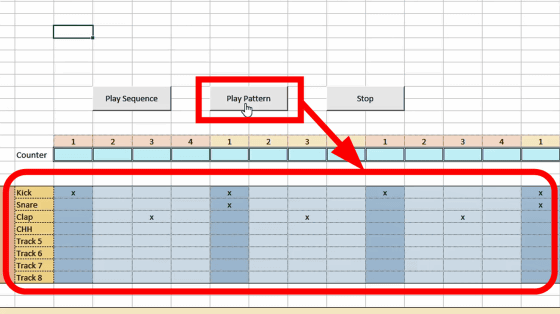 In “Play Sequence”, multiple tracks entered in the “Seq. List” line at the bottom of the table can be played continuously. 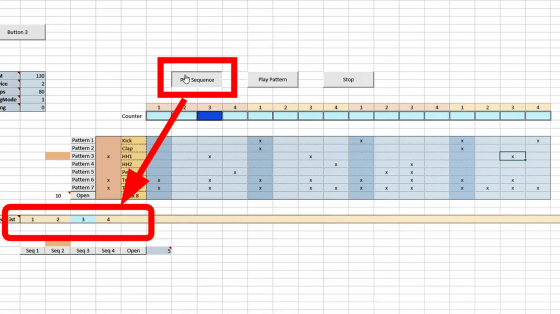 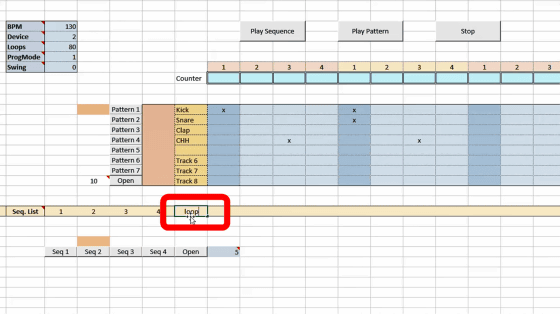 The Excel drum machine created by Tallchief can be downloaded from the link below.