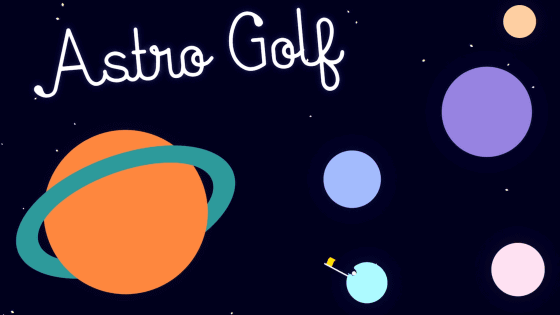 The girl falls into the sky .... Instead, the golf game ' Astro Golf ' that aims at a cup that appears in another star by shooting a golf ball that falls into the sky into the outer space has appeared for iOS, Android, and PC. The mysterious outer space of only golf balls and cups was born in stars, not to mention humans, and even plants, and I actually played to decide the hole-in-one brilliantly.

The following movie shows how a golf ball flies around the universe.


To play the iOS version this time, tap 'Get' from the App Store to download and install it. 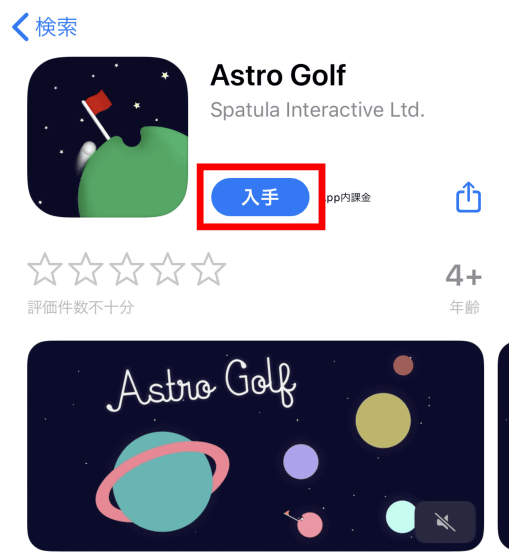 The game start screen looks something like this. The calm BGM of the piano is comfortable. The game starts when an automatically flying ball enters the red frame cup.

Start from Hall 1. A small golf ball is placed in the red frame part, and from there, it hits a shot toward the cup in another star. If you look closely, it looks like a golf ball.

All you need to do is to swipe your finger in the opposite direction to the direction you want to fly.

You can see how you actually hit the shot by looking at the following movie.


The numbers above show the number of hits to date for each hole. In addition, par (regular number of hits) is not set, but it seems that it is designed to allow hole-in-one in all holes.

Proceed to the next hall. It seems that the universe itself exists as a huge golf course. The free version can play up to 10 holes.

Stars have gravity, so they don't fly as much as you think gravity works on the ball. The bigger the star, the stronger the gravity, so in a hole with many stars as shown in the image below, it is necessary to hit the ball while predicting the magnitude of gravity for each star.

The following movies were miraculously hole-in-one after a very long shot. Even with just two stars, it is quite difficult to read the effects of gravity.


When you decide hole-in-one, confetti erupts from the cup.

You can check the current number of holes and how many times you have holed in so far from the option screen. Tap the icon on the top left to open the options.

In the lower left is the word “Hard Mode”. Try tapping ...

If you get into hard mode, open the options screen and tap “Zen Mode” in the lower left to return to normal play.

If you play up to 10 holes in both normal mode and hard mode, you will be given the option to purchase the paid version or start over from the first hole. The paid version can challenge more difficult stages beyond the 11th hole, and the upper limit of the hole is 'endless', so you can enjoy the endless Astro Golf. Tap “Buy Now” to go to the purchase screen.

The paid version is 240 yen including tax. Tap 'Pay' to purchase. 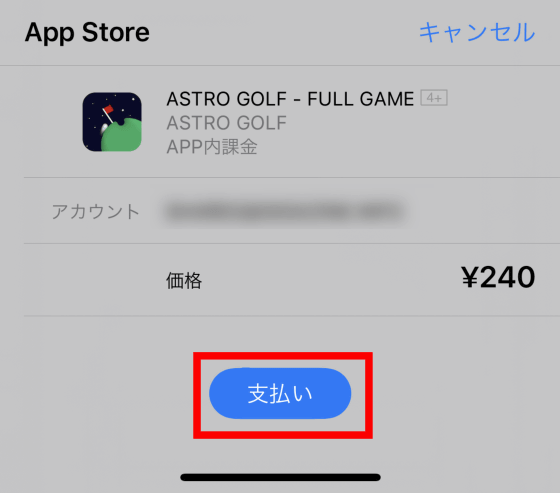 As soon as payment is completed, you can play the 11th hole.

After the 11th hole, there are many stars and the gravity is difficult to read.

Because the cup is placed on a small, low-gravity star, you can enjoy challenging golf with a much higher level of difficulty, such as holes that make it difficult to green-on the ball. It was a game where you could play with a calm mind from the beginning to see if the BGM has a relaxing effect, even if you couldn't decide what shot you wanted.

The hole in one is decided brilliantly one after another, and you can check how the ball goes through the stars vividly with the official trailer below.