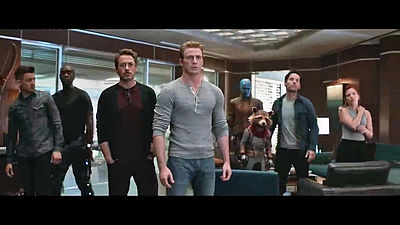 Kevin Feigi, president of Marvel Studios, is a movie that features Black Widow as the main feature of ' Marvel Cinematic Universe (MCU), ' a video work group that depicts the activities of superheroes who appear in 'Marvel Comics'. It announced that it plans a further five-year plan including.

The steps up to phase 2 are summarized in the following article. The series, which has been deployed for 11 years, is the final battle of the Avengers who have suffered a hit that seems to be impossible to follow in the “Avengers / Infinity War” published in 2018 with the “worst of the worst Lassbos” Sanos. A big break in the 'Avengers / End Games'


This is followed by Phase 4 of the Guardians of Galaxy, the third edition of Black Panther, sequel to Doctor Strange, sequel to Black Widow, the work of Captain America, and of Jack Carbie, the parent. Production of 'Eternals' based on comics and works of Asian super hero 'Shang Chi' are planned.

Furthermore, as an expected element, there is participation in the X-MEN MCU due to Disney having acquired the 20th century FOX, but in this regard, Mr. Faigi answered 'I need time for a while' in the interview of io 9 You are

The 'X-MEN' series has released 11 works since 2000 including spinoffs such as 'Wolverine' and 'Deadpool', and the latest work 'X-MEN: Dark Phoenix' will be released in June 2019. In addition, we have decided to release the spin-off 'New Mutants' and 'Gumbit'.


In addition, 'Birds of Prey' starring Harley Quinn who is the enemy of Batman, 'The Batman' who plays a leading role in the 'Justice League', 'Wonder Woman 1984' 'Aquaman 2' 'The Flash', etc. The Suicide Squad, a sequel to Suicide Squad, etc., is scheduled, and it is likely that American film hero movies will rush steadily in the next five years or so unless there is a great deal.

Postscript:
Since Kevin Faighy stated that MCU Phase 3 will be completed in 'Spider-Man: Far From Home', a modification was made.