Peru's bikini car wash and African piggybacking style, what you would like to pay attention to overseas travel In the former Soviet bloc, "Piro - shiki" and "Vodka", in China it is also used as the background of certification photographs "Kurora", traveling abroad will be addicted to finding common points. Turning to such trivial things in everyday life makes traveling abroad even more enjoyable.

Hello,Takuya SAITO who did a round around the world by bicycle @ CharridermanIt is a life work to find something and collect it. No, it really makes me worry. Even so farGuatemalan chicken"Thai elephant"Taiwanese bear mascotI wrote articles on collecting systems like this, but this time I tried collecting small stories around the world.

◆ Bikini car wash (Peru)
A young woman washes in a bathing suit, and there seems to be such a service in Japan, but swimwear, or bikini car washing was common in Peru. However, this is a story limited to signs. In fact the local aunt works quietly. Of course, not bikini but regular clothes. However, the signboard wash car wash car wash shop 's bikini beauty had become Peru' s style beauty. There was a bikini beauty even in a dry desert area. If I also go to Peru again, I think that I will grin down when I find a sign of a car wash shop 's bikini.

◆ Big Size (USA)
Americans talking about products before accounting because they wander around in a large store and exhaust physical strength. Everything in America was big size as much as I wanted to make such a joke. The suburban shops in the United States were vast, like a warehouse, and really walked around. From a small Japanese person I seemed to get lost in the giant country. In such America I was excited to find a big size one.

Food items are summarized in the following article. 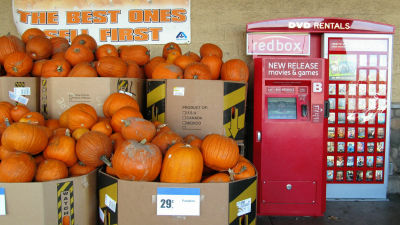 The electric pot that I had in the hostel was 1.7 L size. Because the size of the next cup noodle is normal size, its size attracts an eye. Hand soap was found at the all - you - can - eat restaurant. It might be big because its hands are big. The bench was in the town. I am convinced that "Your butt is also big." It was this size that I wanted to release a jab with a push button type signal. ◆ MEX (Mexico)
In Mexico we often saw the word with the initial letter "MEX (Mex)" of the alphabetical notation "MEXICO". For example "Cemex" is one of the world's leading cement major. Mexico is full of words of such feeling.

"Jumex" is a Mexican beverage brand. The word "Jugo" meaning juice in Spanish plus the suffix "Mex" meaning Mexico. "Pemex" is a state-owned oil company. Abbreviation for "Petroleos Mexicanos". You can see the green gas station in the whole land. "Banamex" is a bank. "Cinemex" is a movie theater. There was also the word "Mextreme" that surpasses "Extreme" which means "extreme" and "extreme". At the time I was traveling, it was complete only by this, but now I feel that grammar in Spanish is also affecting. In Spanish, adjectives representing "Mexico (Mexicano)" come after a noun. For Mexican food, "Comida mexicana" and so on. As Japanese adjectives come before "nihon television" "Nippon paint" "Nidec" "NYK" and a noun, Mexico is a reverse pattern.

However, the watch maker "Timex" is an American company. Please be careful not to mistake Mexican companies.

◆ Bulls of Osborne (Spain)
Speaking of bullfighting is famous. Therefore, I thought that the billboard of a huge black cattle raised beside the road was a symbolic one of Spain. I saw it here and there when I ran Spain by bicycle.

A black cattle standing in the wilderness. There was no sense of intimidation at all. A part of the landscape of Spain no longer. It was also in the bullring. It is rough. Actually this black cow, "Bulls of Osbourne"There was a name called. It is an advertising signboard of the Osborne group that makes wine including Sherry sauce, and in the past it was also written about company name and brand name. However, in 1994, the advertisement of the side of Spain roadside is regulated entirely. Osborne bulls were planned to be removed in response to such laws, but the survival was determined by persistent support of the familiar people. It has become black all the way to cut off the function of advertisement.

There are also Spanish flags with this black cattle drawn, and Spanish national supporters of various sports competitions sometimes use it for cheering.

◆ Style of the piggyback ride (Africa)
African mother wraps a piece of cloth around her body and makes a baby. When my mum carries the baby, the two little feet of the baby protruded from the cloth from around the waist. If you pass such a mother, you will want to check the appearance of the baby who is supposed to be behind. A figure that sleeps quickly on her mother 's back. It seemed like a very cozy place. While winding cloth, when the legs can not be seen, the baby who is born shortly on the back is hiding.

There were subtle differences depending on the place, how to carry this baby.

I was deeply impressed when West African waist crawls caught in East Africa. Ethiopia's shoulders. Baby who is doing kyoton and ba-chan who was bursting out lol. African mother works while carrying a baby. A baby of a few months old on the back of a mother who was selling prepaid mobile credit. When I peeped in, I wanted flies on my face. Paying "poor pity" by hand, the baby will laugh at you all. A smile like a flower bloomed, my heart became warm.

If you are going to go abroad now, if you like, please also take care of this. Finding these common points, taking pictures was the real pleasure of my trip. The world is full of wonders.

Chariderman isAround the World Around the WorldThere is a dream of making one book. If you are a publisher or editor who is interested, we would be pleased if you could contact us.