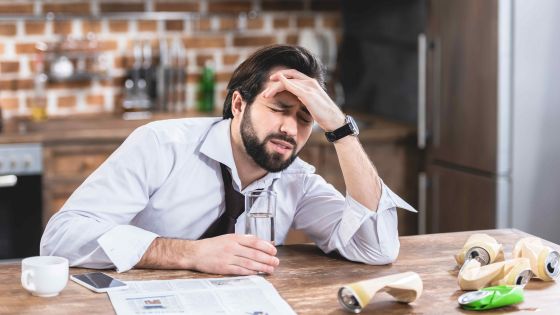 Many people have had the experience of suffering from a terrible hangover the next morning after drinking too much alcohol at a drinking party or party. The tablet '

Myrkl ' that claims to prevent this sickness was developed by the Swedish company 'De Faire Medical' and started selling in the UK. Ashwin Danda, who is studying the liver at the University of Plymouth in the UK. He is skeptical about the effects of Myrkl.

Myrkl: new anti-hangover pill said to break down up to 70% of alcohol in an hour – what you need to know
https://theconversation.com/myrkl-new-anti-hangover-pill-said-to-break-down-up-to-70-of-alcohol-in-an-hour-what-you-need-to- know-186357

Normally, ingested alcohol is slowly absorbed in the stomach, then quickly absorbed when it reaches the small intestine and broken down into acetaldehyde in the liver. When taking Myrkl, the microorganisms contained in Myrkl break down alcohol into water and carbon dioxide in the small intestine. De Faire Medical claims that taking Myrkl before drinking can reduce blood alcohol levels by 70% one hour after drinking.

In the ' Experiment to verify the effect of Myrkl ' conducted by De Faire Medical, 24 adults were given 2 tablets of Myrkl or placebo daily for 7 days, 50-90 ml of spirits were given, and 2 after drinking alcohol. Analyze blood alcohol levels over time. The results show that the Myrkl-treated group had 70% lower blood alcohol levels 60 minutes after drinking than the placebo-treated group.

However, in the verification experiment, Mr. Danda said, 'Only 14 out of 24 results have been reported.' 'Results vary widely depending on the subject.' 'In the product version of Myrkl, 2 tablets can be taken 1 to 12 hours before drinking. Although it is recommended, in the experiment, Myrkl is administered every day from 7 days before the day of drinking alcohol. ' In addition, the verification experiment solved questions such as 'Is it effective for people with intestinal and liver diseases?' 'Is there a difference between men and women?' 'What happens if you take food and alcohol at the same time?' Not.