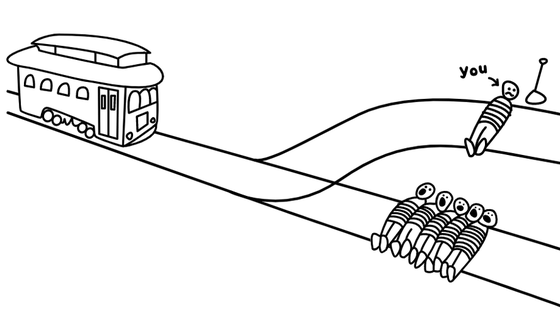 Is it permissible to sacrifice another to help one? The ' Absurd Trolley Problems ' is a modification of the '

trolley problem ' of the thought experiment so that it is more difficult for some people to answer. There are various things that can be weighed against life, such as 'your life', 'savings', and 'delayed delivery of Amazon', and you can see the difference in the value of each person's life.

The first thing you'll see is 'Oh no! A minecart runs towards five people. You can pull the lever to switch tracks, but then another person will die. What to do? The basic form of the trolley problem. The choices are 'Pull the lever' and 'Do nothing'. 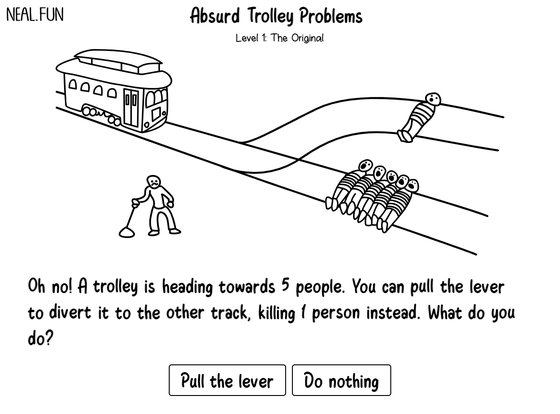 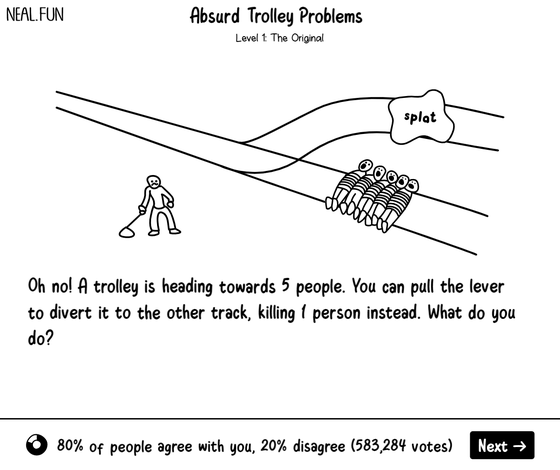 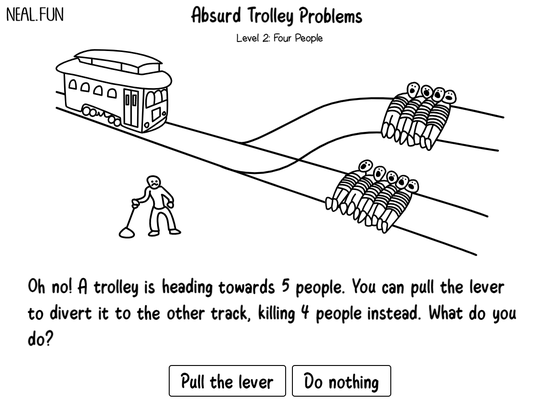 Another problem is to balance 'the lives of five people' and 'my savings'. 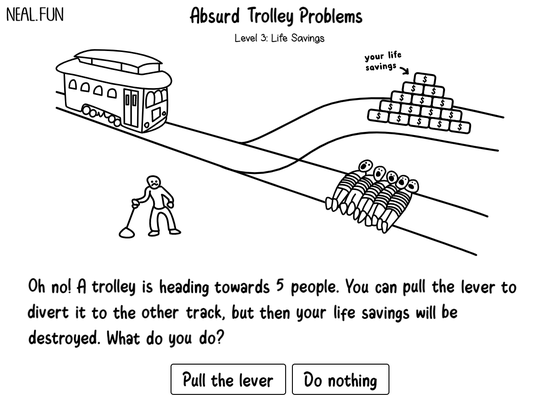 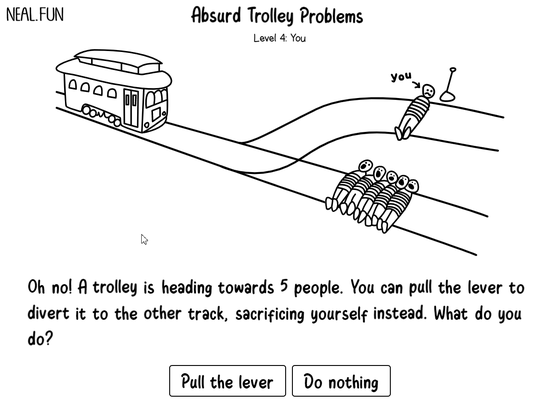 The problem of weighing 'five lives' and 'real Mona Lisa' Furthermore, the problem of weighing 'the life of a rich man who gives 500,000 dollars (about 68 million yen)' and 'the life of someone else' 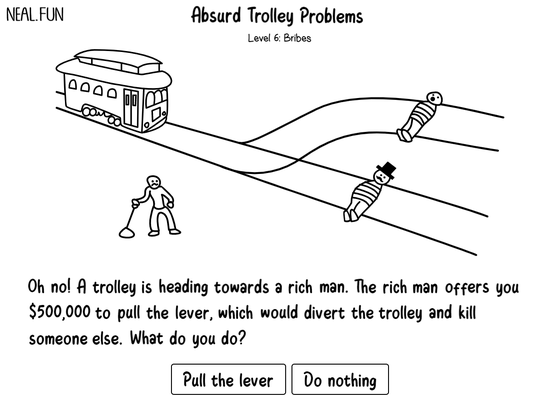 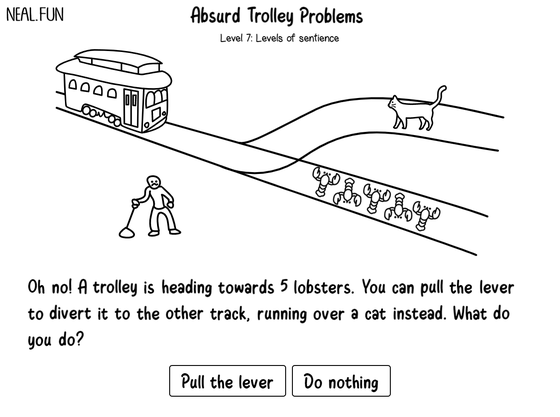 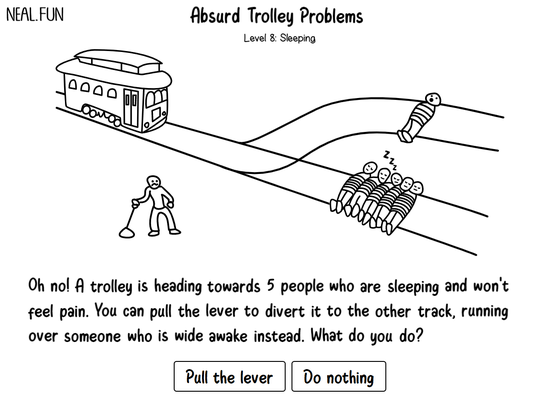 In the end, there was even a problem of weighing 'human life' and 'delayed delivery of Amazon's packages'. 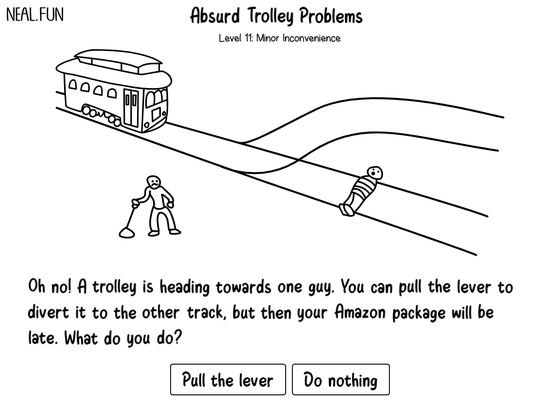 Each time you pull the lever, you can see what other users have made, so it's fun to check this and compare the differences with your own values.