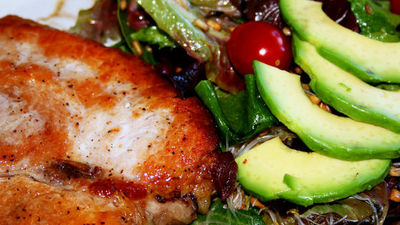 Low carbohydrate diet refers to a diet that limits the intake and ratio of carbohydrates for the treatment of obesity and diabetes, or for dieting. This diet method of replacing energy ingested by carbohydrates with protein or lipid has been shown to possibly affect the amount of calories consumed in the body itself.

Research teams such as Boston Children's Hospital and Harvard Medical Graduate School jointly conducted experiments to demonstrate the "carbohydrate-insulin model" on obesity. Based on the idea of ​​this carbohydrate- insulin model, the higher the " Glycemic index (GI value)" representing the degree of increase in blood glucose level for each food, the harder it is to consume excess calories, the fat cells in the body become excessive calories It is said to tend to incorporate.

Experiments conducted in a short-term cycle, such as within the past two weeks, found that there was no significant difference in calories consumed between high carbohydrate diets and low carbohydrate diets. Therefore, the research team conducted an experiment over a long span of about 5 months and investigated whether the results supporting the carbohydrate-insulin model appear.

In the study, 164 adults who were diagnosed as "obese and need to reduce body weight by 10%" participated. Three kinds of diet regimens of 20%, 40%, 60% are allocated to each participant at random "percentage of carbohydrates out of the total calories" and the participants' fat burning rate and accelerometer The momentum measurement etc with wearing was carried out. Participants who were assigned low-carbohydrate diet increased caloric intake from fat compared to high-carbohydrate diet, but with regard to protein, sodium, and sugar, all participants had the same level of intake He seems to have been adjusted. This finding is consistent with the carbohydrate-insulin model, and David Ludwig of the Boston Children's Hospital who studied, "There will be a difference in the amount of calories consumed depending on the type of caloric intake.The low-carbohydrate meal Will reduce the amount of insulin released and reduce fat cell activity to increase calorie consumption. " Mr. Ludwig thinks that the calories in the blood that are not trapped in adipocytes are easy to use due to the brain and muscles and are likely to be consumed. Moreover, it seems that this research alone can not say that "you can consume more calories just by switching to a low-carbohydrate meal with a conventional meal." Although the research team provided as similar a meal as possible among the groups, it is impossible to deny the possibility that the nutrients which could not be adjusted by the research have influenced the results. Therefore, the research team thinks that further experiments are necessary to elucidate the mechanism.