The recording app 'Sound Recorder' has been revived on Windows 11, making it possible to display the waveform of audio during recording and playback and change the playback speed. Windows 11's Sound Recorder is bringing back features that were removed years ago | Ars Technica
https://arstechnica.com/gadgets/2022/05/windows-11-is-bringing-back-sound-recorder-with-a-new-design/

In his blog, Grochocki redesigned standard apps such as 'Paint', ' Notepad ', 'Photo', 'Snipping Tool', ' Media Player ', and 'Calculator' in Windows 11, and designated them as 'Watch' apps. We look back on the addition of a 'focus session' feature that lets you play music in time to improve your concentration. Some of these apps are already included in Windows 11, while others have been added to the Windows Insider Program to get you started with the latest Windows features. 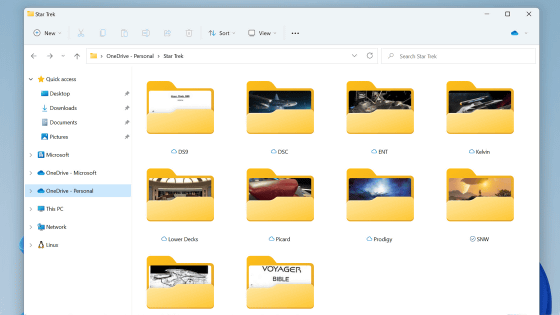 And at the end of the blog, Grochocki announced that he has released a preview version of the 'Sound Recorder' app on the Windows Insider Program development channel. 'Sound Recorder' has been installed as a standard application of Windows for more than 10 years since it was first released in Windows 3.0 in 1990, but from Windows 10, another application called 'Voice Recorder' is installed. I did.

The voice recorder installed in Windows 10 is a simple application that displays the recorded audio file in the tab on the left end and the playback screen from the center to the right side. When you press the record button at the bottom left of the screen ... 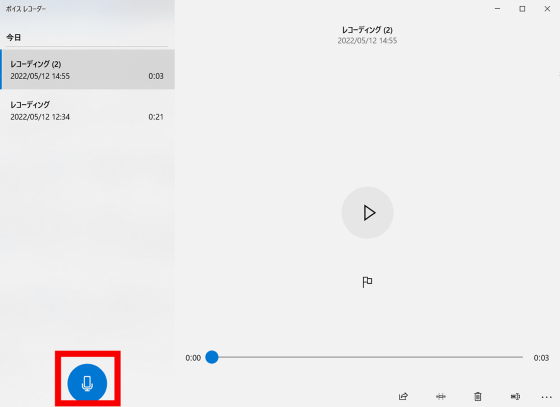 It is possible to record voice through the microphone of a PC. Press the stop button to end recording. The recorded audio file is automatically saved as an M4A file ... 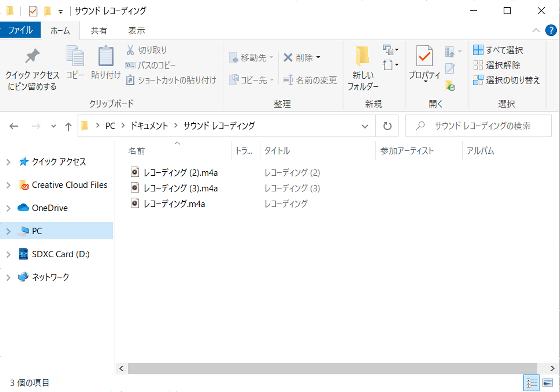 You can play it with a voice recorder or other apps. ' 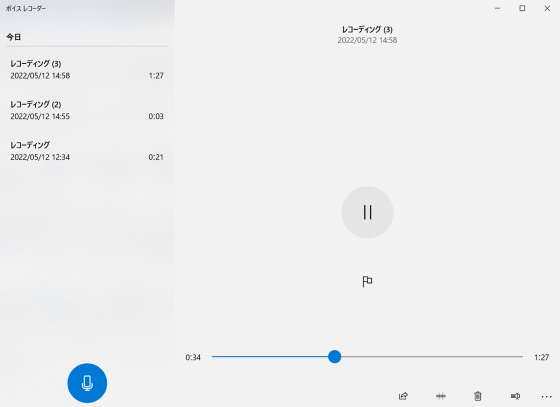 The newly released Sound Recorder shows the recorded audio file in the tab on the far left, and the rest is the recording or playback screen. In addition, it is equipped with a function to display the sound being recorded or played back as a waveform, and the file format to save can be selected from MP3, WMA, FLAC, WAVE, etc. as well as the standard M4A, and the playback speed is also It is said that it can be adjusted with a width of 0.25 to 4 times. 'We look forward to more updates to the apps coming out of Windows 11 in the coming months and we hope you enjoy the new app experience in Windows 11,' said Grochocki. We will continue to listen to your feedback and leverage the amazing community of Windows Insider to experiment with new ideas. '