Summary of overseas reviews that thoroughly used 'Pixel 6' and 'Pixel 6 Pro', what is your evaluation of Google's first smartphone equipped with its own SoC? 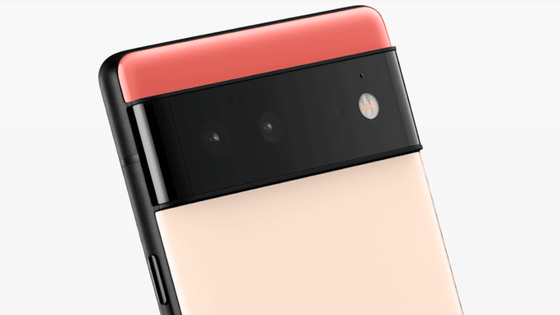 With the official announcement of the 'Pixel 6' and 'Pixel 6 Pro' on October 19, 2021, a series of preliminary reviews by the media that had been rented out in advance appeared all at once. In addition, several days have passed since the announcement, and detailed review results of the actual machine have been collected from multiple overseas media, so we picked up the reviews that are quantitatively evaluated.

◆ Pixel 6 Pro
・ Android Police: 9/10
The Android Police review of the Pixel 6 Pro was rated 9 on a 10-point scale . Android Police cites the advantages of Pixel 6 Pro as 'performance', 'beautiful big screen', 'overall camera performance', 'battery life', and 'well-made'. On the other hand, 'the body size is too large for some people', 'it is expensive at $ 898 (about 100,000 yen) even considering that it is cost-effective ', 'the problem that lens flare easily enters the photo', 'the accuracy of the fingerprint sensor' It points out the problems of 'low point' and 'unbalanced speaker volume between the upper and lower parts of the main unit' as disadvantages. The selling price of Pixel 6 Pro in Japan is 116,600 yen including tax.

The following is one of the examples by Android Police. 'Every lens has some lens flare, but the Pixel 6 Pro's flare is worse than I've noticed on other Pixels and modern smartphones,' said Android Police. On the other hand, regarding the overall camera performance and battery life excluding the lens flare problem, he praised it as 'probably the best smartphone available as of October 2021.' 91 out of 100 . Engadget cites 'smart voice software and assistant functions,' 'lightness of the main unit,' 'high camera performance,' and 'price setting that is second to none' as the advantages of Pixel 6 Pro. On the other hand, 'slow recognition of the fingerprint authentication sensor' was a dissatisfaction point.

One of Engadget's assistant features is the voice transcription feature. Just say 'Hey Google, type' and voice input will start automatically, and you can also perform operations such as 'send', 'clear', 'delete', and 'redo' by voice, so you can exchange messages completely hands-free. In addition to being able to do it, he said that he was able to enter 'smiley emoji' and 'peach emoji' without any problems. This function also supports Japanese . On the other hand, the fingerprint sensor built into the bottom of the display was evaluated to be slower and more difficult to handle than the the highest of 5 out of 5 . Android Headlines cites Pixel 6 Pro's strengths as 'significantly improved camera performance,' 'still incredible length of battery life,' 'customizability with Android 12 ,' 'best display for games,' and 'price.' .. On the other hand, as disadvantages, 'the charging adapter is not attached' and '30W and low charging speed' are mentioned.

The Pixel 6 and Pixel 6 Pro support 30W fast charging, a significant improvement over the Pixel 5's 18W. Still, Android Headlines points out that this charging speed is not always faster than competing products. On the other hand, Android Headlines evaluated Pixel 6 Pro as 'almost perfect Android smartphone' because the battery capacity is 5000mAh, which is one size larger than Pixel 5's 4080mAh, which is the largest in Pixel history, and the driving time is further extended. Did.

・ Laptop Mag: 4/5
The Laptop Mag was rated 4 on a 5-point scale . Laptop Mag cites 'unique and excellent software,' 'various camera systems,' 'affordable,' and 'bright 120Hz display' as the strengths of the Pixel 6 Pro. In addition, the disadvantages are 'halfway battery life', 'unproven processor', and 'no charger included'.

The Pixel 6 Pro's display is especially appreciated by Laptop Mag. Laptop Mag said, 'A 6.7-inch display with a 120Hz refresh rate is ideal for a gaming smartphone, and after playing Call of Duty Mobile for a few rounds, I was convinced that I could get the job done. Even after setting the refresh rate to 'very high', the game was very smooth. ' 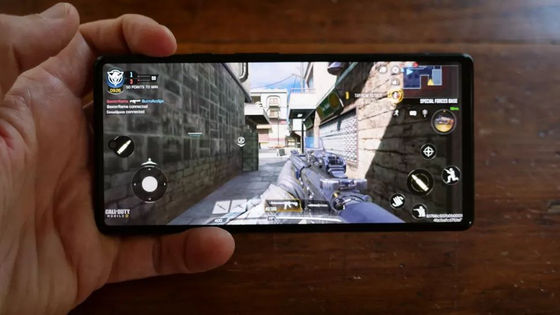 On the other hand, when Laptop Mag surfed the net and tested the battery life, the drive time was 7 hours 43 minutes. When tested under the same conditions, the iPhone 13 Pro Max was 12 hours 16 minutes and the Galaxy S21 Ultra was 11 hours 25 minutes, so the Laptop Mag rated the Pixel 6 Pro's battery life as 'halfway.'

・ ZDNet: 9/10
ZDNet was rated 9 out of 10. ZDNet says the Pixel 6 Pro excels in 'battery life,' 'performance,' 'Android 12,' 'camera,' and 'design.' On the other hand, he pointed out the disadvantages, saying that ''Magic Eraser ' may not work as expected' and 'Fingerprint sensor operation is unstable'.

・ T3: 4/5
The T3 rating was 4 on a 5-point scale . According to T3, the advantages of Pixel 6 Pro are 'sharp and smooth design', 'display with 120Hz refresh rate', 'excellent camera system and AI function'. On the other hand, 'the main body is large', 'the charging adapter is not attached', and 'Tensor's CPU performance' are said to be drawbacks.

Pixel 6 and Pixel 6 Pro are equipped with 'Tensor' originally developed by Google as an SoC. However, as a result of T3 measuring the CPU performance of Pixel 6 Pro with the standard benchmark software Geekbench 5 , the score was '1029' for the single core and '2790' for the multi-core. This is higher than the Pixel 5, but one step inferior to the flagship models of other companies.

Instead, the camera was highly rated. All the photos taken with the Pixel 6 Pro's main camera were bright and detailed, according to the T3. 4.5 out of 5. Android Central has the advantages of Pixel 6 such as 'smooth and snappy performance', 'amazing camera performance', 'beautifully organized Material You design', ' call screening to shut out nuisance calls', and 'flashy design with fun colors'. '. On the other hand, he also points out that 'thick camera bars have different likes and dislikes,' 'some people feel that the bezel is thick,' and 'the display should be brighter.' 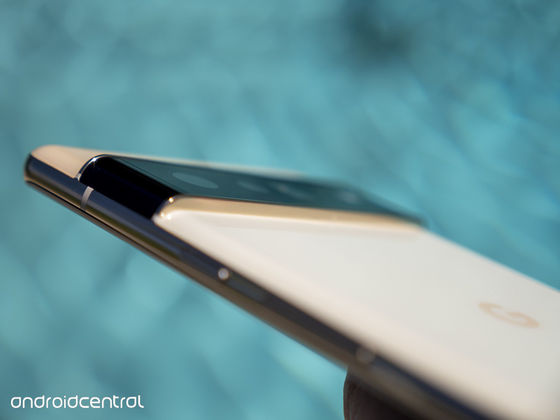 ・ Tech Advisor: 4/5
The Android Police rating was 4 on a 5-point scale . Tech Advisor also appreciates the Pixel 6's pricing, and while the 90Hz refresh rate display is a step away from the 120Hz Pixel 6 Pro, scrolling and animation are smooth and responsive. is.

・ CNET: 8.8 / 10
The CNET rating was 8.8 out of 10 . CNET cites 'two-tone design,' 'price,' and 'Google's masterpiece-level main camera' as the strengths of the Pixel 6. On the other hand, 'I was frustrated by the slow response of the fingerprint reader.' 'The battery life is good, but it is difficult to keep it for a day.' 'The ultra-wide-angle camera was reasonable and not as good as the main wide-angle camera.' I pointed out.