What is the current status of the crypto asset 'Chia' that caused the global shortage of HDDs and SSDs? Since the crypto asset '

Chia ' has the characteristic that 'the more storage capacity is provided, the higher the reward', there is a movement to secure HDDs and SSDs in order to obtain more rewards, and HDDs It is reported that it caused a shortage of SSDs and SSDs. Meanwhile, Backblaze , a cloud storage service developer, interviewed Chia and John Michael Hands, vice president of storage development for Chia, about storage shortages.

Next Steps for Chia, in Their Own Words
https://www.backblaze.com/blog/next-steps-for-chia-in-their-own-words/ 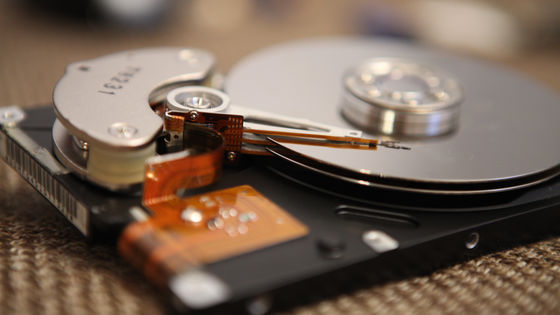 According to Mr. Hands, Chia in the early stages of development required 6 times the storage capacity at the time of writing the article. Mr. Hands, who was not participating in the development of Chia at that time, told the Chia development team, 'If Chia is released in this state, the demand for HDDs and SSDs will increase rapidly, and HDDs and SSDs will disappear from the market.' I sent a message to that effect. In addition, Hands, who had previously worked on SSD durability at Intel, worked with Chia's development team to reduce the storage capacity required. Then, in May 2021, Hands officially joined Chia's development team.

This optimization work reduced the required storage capacity to one-sixth, but as mentioned above, Chia community members started to secure HDDs and SSDs, and HDDs and SSDs became scarce. rice field. 'We took a lot of internal analysis very seriously about the shortage of HDDs and SSDs,' said Hands, demonstrating the magnitude of Chia's impact on the storage market. I admit it. According to Hands, Chia's network, which started on March 19, 2021 at 120 petabytes, has grown to 30 exabytes in three months. However, Mr. Hands said that the storage market is in short supply based on the

report (PDF file) that 'There are about 500 exabytes of unused storage in the world' released by IT-related research company IDC. It claims to improve soon.

Hands emphasizes that Chia's 'storage-intensive mechanism' is less likely to cause a '51% attack ' in which malicious users dominate the majority of the computing power of the entire network. According to Hands, at the time of writing the article, it is necessary to secure storage capacity of 15 exabytes to launch a 51% attack on Chia. However, since there are less than 100 data centers in the world that can host a huge capacity of 15 exabytes, it is very difficult to launch a 51% attack on Chia. At the end of the interview, Hands said, 'Chia has a team of officially hired engineers. In the future, Chia will create a support team to help major financial institutions work with Chia. We aim to have more influence than Ethereum within three years, 'he said.