BitTorrent developer Bram Cohen embarks on his own cryptocurrency 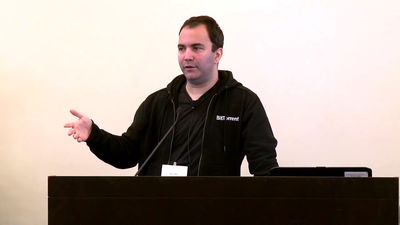 Bram Cohen is a programmer known as the developer of BitTorrent and also involved in the development of the online game platform 'Steam' of game maker Valve. Now, Mr. Cohen is interested in 'cryptocurrency (virtual currency)', not for making money, but after pointing out the problems that Bitcoin has, he aims to solve the problem uniquely. I am thinking of creating a virtual currency and commercializing it.

The Future Of BitTorrent, with Bram Cohen – STEAL THIS SHOW
https://stealthisshow.com/s02e14/

Mr. Cohen feels that Bitcoin is wasteful even without the technical part. In particular, he thinks it would be better to base the value of mining on storage capacity rather than processor time.

But what Cohen is trying to do is not bring this idea to Bitcoin, but to create a new cryptocurrency.

Virtual currencies such as Bitcoin have a problem called '51% attack' that makes it possible to conclude fraudulent transactions if the mining speed in the network controls 50% or more. In reality, it is not so easy to secure a mining speed of over 50%, but with storage-based mining that Mr. Cohen thinks, 'centralization of mining' is less likely to occur, and '51% attack'. The risk of '' is also reduced.

There is 'Burstcoin' as a virtual currency that is already being mined based on storage, but Mr. Cohen is convinced that 'it can be done better'. Cohen also participated in the 'Blockchain Protocol Analysis and Security Engineering 2017' held at Stanford University in January 2017, giving a lecture entitled 'Combining Proofs of Space and Proofs of Time'.

Here is the video of the lecture.

Combining Proofs of Space and Proofs of Time --BPASE '17 --YouTube