China, which was the center of Bitcoin mining , regulations on cryptocurrencies (cryptocurrencies) were tightened, causing the Bitcoin price to plummet. China has announced that it will raise the electricity price of state-owned enterprises involved in mining crypto assets, and it was thought that there could be no mining companies in the country. It is known to be present.

Since mining Bitcoin requires a large amount of electricity, which violates China's goal of decarbonization , the Chinese government announced in May 2021 that it would crack down on Bitcoin mining and trading. After that, on September 24, the Chinese government completely banned crypto assets such as Bitcoin. The offender will be subject to criminal penalties. Furthermore, in November, it announced that it would ban industrial-scale Bitcoin mining and involvement in mining activities by state-owned enterprises, and would raise electricity prices in the event of violations. 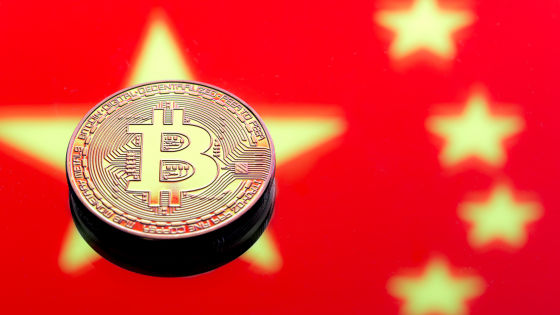 Originally, China was said to be the center of Bitcoin mining, so Bitcoin prices have fallen sharply due to regulations by the Chinese government. However, in December, it was reported that the mining speed (hash rate) of Bitcoin had recovered to the same level as before the regulation in China. It is believed that this is because the Bitcoin operator, which was based in China, has moved its base overseas, mainly in North America.

However, according to CNBC's report, as of December 2021, 20% of the world's Bitcoin operators still exist in China. At its peak, 65-70% of the world's operators were in China, resulting in a significant decline, but some operators still evade detection by the Chinese government and remain in China. In October 2021, the University of Cambridge reported the analysis result that 'China's hash rate has zero global share', but Chinese cyber security company Qihoo360 has an average of 109,000 Bitcoin mining IP addresses every day. Reports that is active.

Below is a Bitcoin mining map based on the IP address published by the University of Cambridge. The darker the color, the more active the mining, and China is almost zero gray. 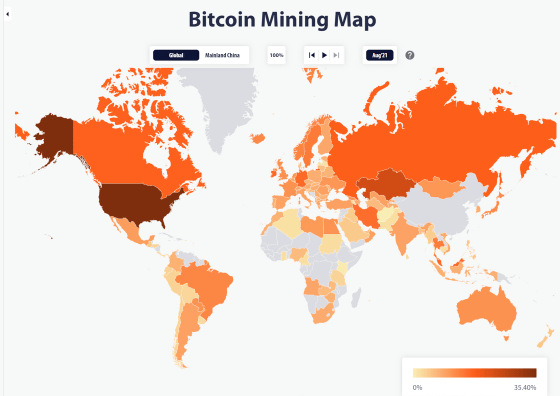 A person mining Bitcoin in China told CNBC that China's mining business is no longer a large one, with thousands of small miners scattered around. .. It seems that these miners have a preliminary role to support overseas mining. The Chinese government regulates mining, but Chinese miners say they have escaped the government's eyes by using a small rural power grid that is not connected to the main power grid and an overseas mining pool. ..