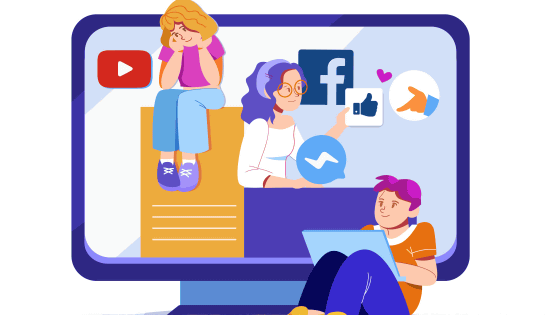 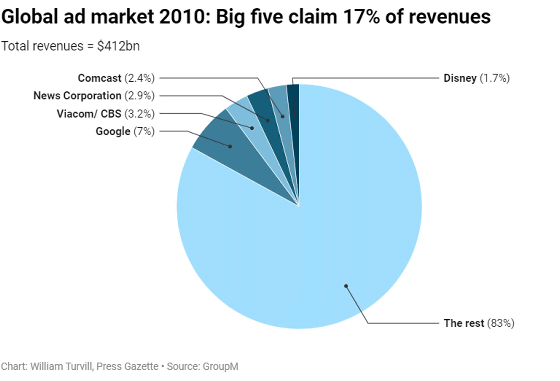 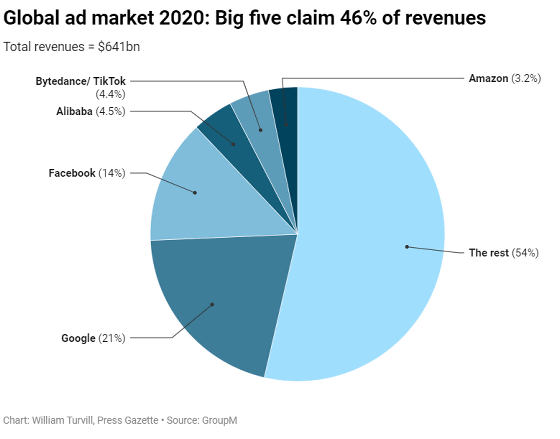 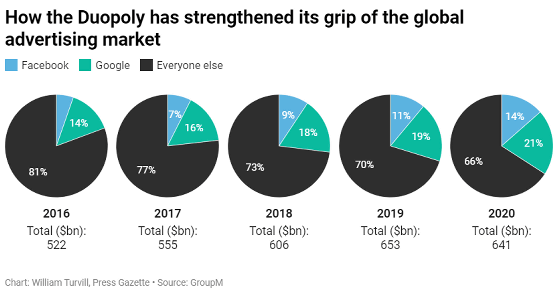 The WWP report also announced the top 25 advertising sales companies. Looking at this table, we can see that tech companies are overtaking existing media such as Fox, Comcast, and Verizon. In particular, Bytedance has increased its sales from 800 million dollars (about 88 billion yen) in 2016 to 28 billion dollars (about 3 trillion yen) in 2020, which is an outstanding growth rate. 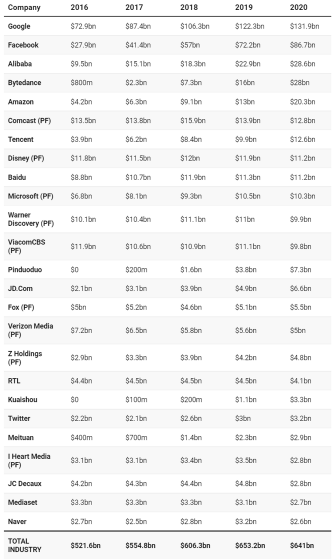 In a report, WWP said, 'In 2010, major media owners lined up in major global markets, and Google was the only advertising seller who wasn't a media owner. It was only powerful in the market, and even the largest companies in the industry at the time had minimal international influence when it came to advertising, but now the focus of advertising sellers is It hits China and has a global presence. In particular, Google and Facebook are the number one and number two advertising companies in the world excluding China, while Amazon is the number three advertising company in many countries. It is listed as '.'