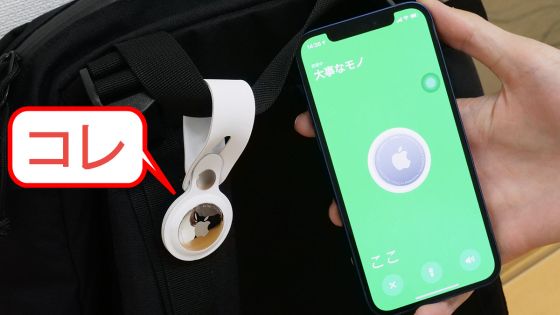 tracker 'AirTag' announced on April 21, 2021 was released on April 30, 2021. The AirTag also immediately GIGAZINE editorial department get so was, I tried to make sure the method and the actual use of the initial setting.

◆ Initial setting
When you remove the insulating film of AirTag and bring it closer to the iOS device you want to connect to, the connection menu with AirTag will be displayed at the bottom of the screen of the iOS device. AirTag can be connected to iPhone and iPod touch with iOS 14.5 or later and iPad with iPad OS 14.5 or later. 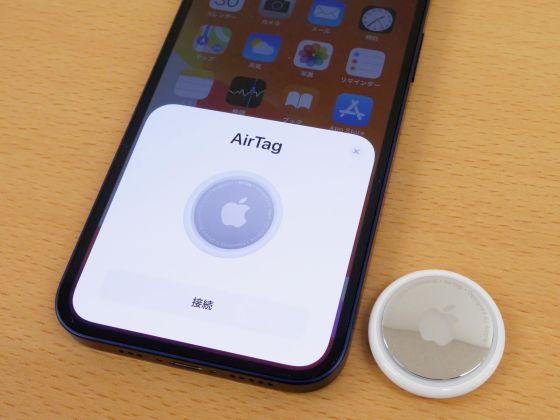 When the connection menu is displayed, tap 'Connect'.

Then, the screen to decide the name of AirTag is displayed. You can select the name from 'Car', 'Bicycle', etc., but this time I wanted to give it a name of my choice, so I selected 'Custom Name' and tapped 'Continue'.

After entering the name you like in the custom name input area, tap 'Continue'.

Next, you'll be asked to select an emoji that represents AirTag, so select your favorite emoji and tap Continue.

After confirming the Apple ID associated with AirTag, tap 'Continue'.

The setting completion screen is displayed like this. This screen can be hidden by tapping 'Done'.

Once you've done the initial AirTag setup, you can attach it to your belongings that you don't want to lose and track your location. 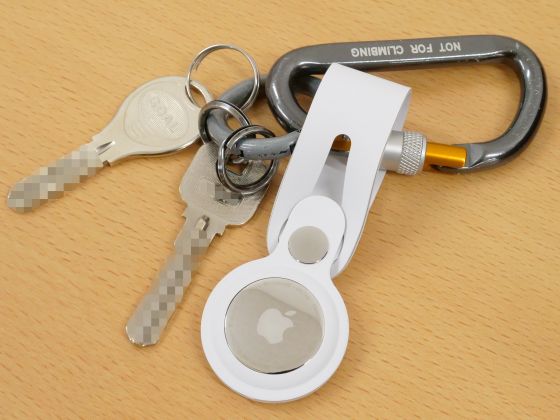 ◆ How to find AirTag
If you lose your belongings with AirTag attached, launch the 'Find' app.

After launching the 'Search' app, tap 'Search for belongings' at the bottom of the screen ...

You can display the location information of AirTag. Furthermore, if you tap the name of the AirTag you want to display the details ...

It is possible to display the distance and route to the selected AirTag.

When you approach AirTag by relying on location information, a menu labeled 'Search' will appear at the bottom of the screen. When you tap 'Search' ...

The AirTag search screen is displayed. The message 'Looking for a signal' is displayed, so try wandering around to receive the signal.

Then, the signal was successfully received and the message 'Connected' was displayed. However, the signal is still weak. When I wander around to receive a strong signal ...

An arrow indicating the direction of AirTag and the distance to AirTag are displayed on the screen.

When you catch AirTag in front, the screen turns green. You can also play a sound from AirTag by tapping the speaker icon at the bottom right of the screen.

If you rely on the arrow displayed on the screen and the sound from AirTag ... 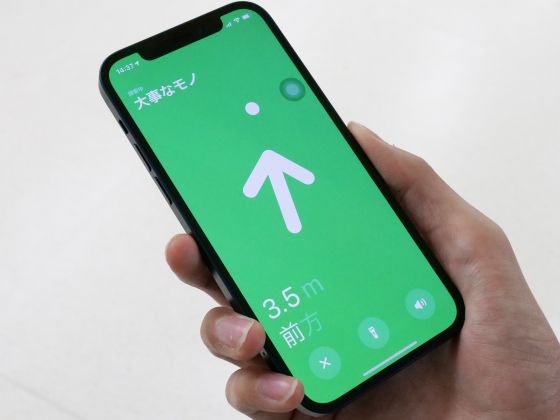 I was able to find my belongings with AirTag attached. The function to detect the direction of AirTag is available on terminals such as

iPhone 11 series and iPhone 12 series equipped with 'U1 chip'. 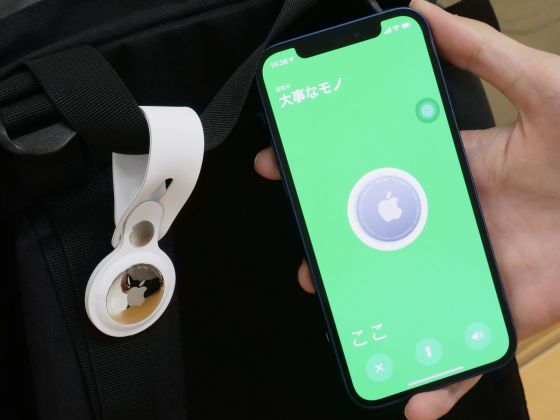 In the following movie, you can actually use AirTag to check how to find the lost bag while making a sound and checking the direction.

Then, the detailed information of AirTag will be displayed, so tap 'Enable' written under 'Lost Mode'.

When the lost mode description is displayed, tap 'Continue'.

Then, after setting the message to show to the discoverer, tap 'Enable'.

If 'Valid' is displayed in the Lost Mode column, switching to Lost Mode is complete.

◆ What to do if someone discovers AirTag
If you find someone's AirTag by the side of the road, you can contact the owner by reading the information registered in AirTag. If you have an iOS device that supports the NFC standard, tap 'Identify found belongings' from the 'Search for belongings' menu of the 'Search' app. Next, hold the top of your iOS device over AirTag. 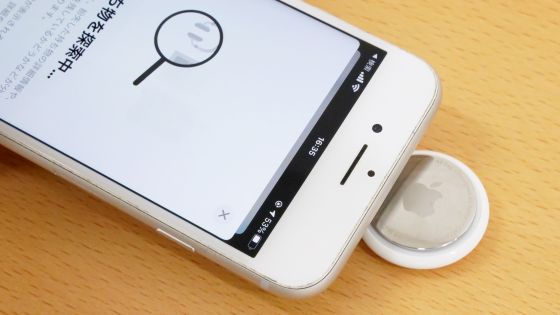 This will launch your browser and bring you to Apple's support page. On the support page, the AirTag serial number and the set phone number / message are displayed, so you can contact Apple or contact the owner directly.

You can also access the support page using the NFC reader on your Android device. 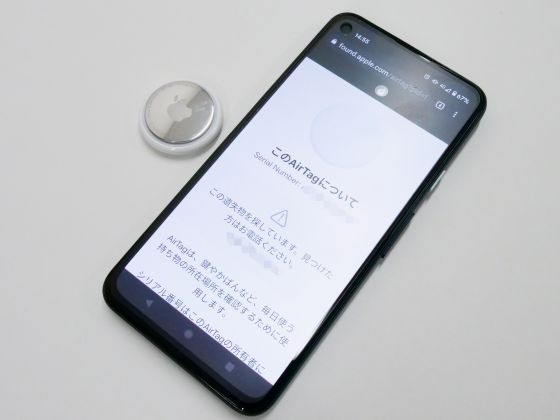