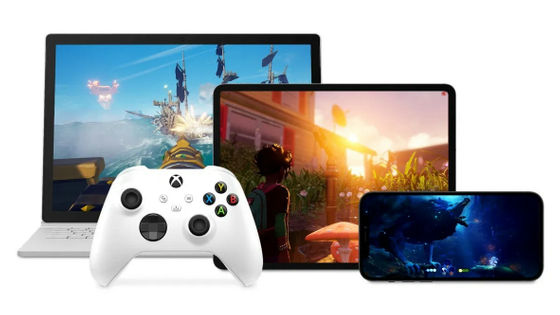 Microsoft announced that it will start closed beta testing of its own cloud gaming service 'Xbox Cloud Gaming' for iOS & PC. The iOS version and PC version are services that use a web browser.

Invites to the Xbox Cloud Gaming limited beta on Windows 10 PC and Apple phones and tablets will start to go out tomorrow for @XboxGamePass Ultimate members. Details here: https://t.co/LpNFVK7mqa

Microsoft's xCloud beta arrives on iOS and PC this week --The Verge
https://www.theverge.com/2021/4/19/22391561/microsoft-xcloud-ios-pc-xbox-game-streaming-beta-features

Microsoft has been offering 'Xbox Cloud Gaming (formerly known as Project xCloud)' as a benefit for subscribers of the top-level plan 'Ultimate' of the flat-rate all-you-can-play service ' Xbox Game Pass'. 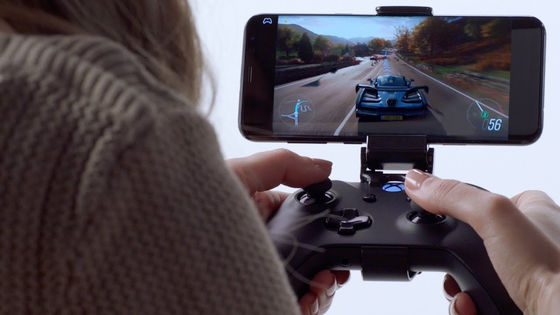 In order to avoid the situation of violating the terms of use, Microsoft has been developing the 'browser version' that does not use the App Store.Leak information was reported for this browser version in February 2021, but on April 20, 2021, beta testing finally officially started.

The officially launched browser beta test will be invited to Xbox Cloud Gaming 'Ultimate' plan subscribers. Ultimate plan subscribers who receive the invitation can access 'www.xbox.com/play ' in their Edge, Chrome, or Safari browsers to access over 100 titles using a Bluetooth or USB-connected controller or touch control. The game can be played. However, Japan is not included in the beta test area, and it is expected that the browser version will not be available in Japan yet.

'This closed beta is for testing and learning, with step-by-step invitations to all users in 22 countries,' said Catherine Gluckstein, general manager of xCloud, in an official announcement. We plan to distribute and continue to increase the variety of supported devices. In the coming months, we will make rapid improvements, make it available to all Xbox Cloud Gaming Ultimate subscribers, and enjoy Xbox in a new way for more people. I would like to make it available. '