Amazon announced that it will open a one-week limited access to the game streaming service 'Luna ', which was previously limited to only some users, on June 21st and 22nd, 2021 for Prime Day only. .. All Amazon Prime members have a 7-day free trial of Luna, provided they live in the United States.

Amazon's Luna is a game streaming service that can be used for $ 5.99 per month (about 650 yen), old and new titles such as 'Assassin's Creed Valhalla' 'Resident Evil Biohazard' 'Watch Dogs Legion' 'Control' 'GRID' 'Metro Exodus' The feature is that you can play various games regardless of. Luna is available on iPhone, iPad and some Android devices via Windows, Mac, Fire TV, or a web browser.

In October 2020, Luna's Early Access began. The game loads pretty fast, although some titles have mouse delays. Basically, it is evaluated as 'you can play with the same feeling as playing on a gaming PC or home video game console'. 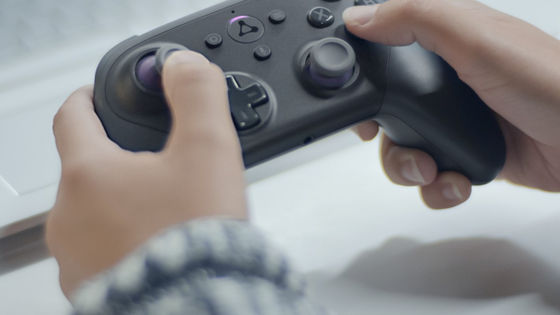 Previously, you had to apply for and register with Amazon from your Fire TV device to access Luna. According to Amazon, access to Luna will be open to all Amazon Prime members on June 21st and 22nd, 2021, which is Amazon Prime Day. Furthermore, according to 9to5Google , an IT news media , Luna's dedicated controller and Fire TV Stick 4K will be sold at a discount from June 14th to June 22nd, 2021.

With more and more services that allow you to play games on cloud streaming, such as Google's Stadia , Microsoft's Project xCloud , and NVIDIA's GeForce Now, Amazon is likely to be on the verge of prime day. Hot Hardware, an IT news site, commented, 'I think game streaming is a good alternative, especially in these days when computer hardware and game consoles are hard to come by.' At the time of writing the article, Luna was provided only in the United States, and we would like to expect the service to be provided in regions other than the United States.