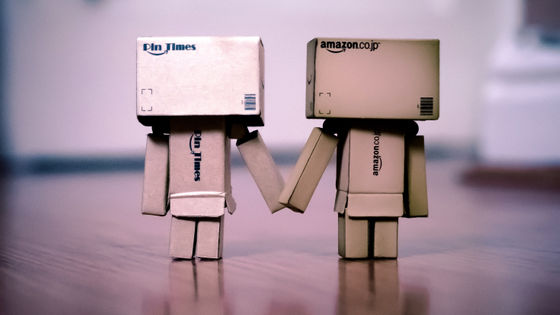 The results of a vote to decide whether workers working at Amazon warehouses in the United States will join the retail trade union, the Retail, Wholesale and Department Stores Union (RWDSU) , were disclosed on April 9, 2021, with a majority of opposition. It turned out that it was over.

The election in Bessemer
https://www.aboutamazon.com/news/workplace/the-election-in-bessemer

Employees of Amazon's warehouse BHM1 in Bessemer, Alabama, voted in March 2021 to decide whether or not to participate in RWDSU, and were counted on April 8. Many people pay attention to the results of the vote, as if the majority of workers vote in favor of forming a union, the company with the second largest number of employees in the United States will form the first union. Was there.

Amazon's first election to ask for the formation of a labor union has started, and the result will be confirmed in a few weeks --GIGAZINE According to a report by the American news media CNBC, there were 3215 voters for about 5,800 BHM1 employees, of whom 738 were in favor and 1798 were against. As a result, the formation of a labor union at BHM1 was rejected.

RWDSU will dissatisfy this result and will challenge the National Labor Relations Board (NLRB), which has jurisdiction over the vote. Stuart Apperubaumu chairman of RWDSU is 'Amazon is, their employees and take any and all means gas lighting was. Such a falsehood and deception can not be tolerated. Therefore, Amazon we were allowed to corrupt the election of this time We request a comprehensive investigation into our actions. '

It is reported that Amazon has been sending consultants known as 'union crushers' to the scene for some time. In addition, after voting began, we set up a post for postal voting in the workplaceand distributed 'pamphlets urging people to oppose union participation ' and 'guides for voting for NO.'

Voting to form Amazon's first trade union has started, while Amazon has created a 'guide to vote for NO'-GIGAZINE Meanwhile, Amazon said in a statement, 'In the end, less than 16% of employees voted in favor of joining the union.'Amazon won because Amazon threatened its employees.'' It's easy to imagine that there are people, but that's not the case. Instead of Amazon winning, Amazon employees chose to oppose joining the union. ' ..