Voting to form Amazon's first union has started, while Amazon has created a 'guide to vote for NO' Workers at Amazon's BHM1 warehouse in Bessemer, Alabama, USA, have begun a ballot ball to decide whether to join the

retail trade union, the Retail, Wholesale and Department Stores Union (RWDSU). This vote will be closed on March 29, 2021 and will be counted from March 30 the next day, but if the majority of the union members are in favor, Amazon will form the first union. Will be.

Amazon's union vote is ending, but it's just the start of the company's labor reckoning --The Verge
https://www.theverge.com/2021/3/28/22352987/amazon-bessemer-alabama-union-vote-rwdsu The vote, which involves about 5,800 workers from BHM1, is drawing attention all over the world, and President Joe Biden and others have expressed their support for the vote. Workers working in other Amazon warehouses are also interested in the vote, and RWDSU reveals that workers have made hundreds of inquiries. RWDSU calls the vote 'the most important labor dispute in the last half century' and treats the issue with respect.

On the other hand, Amazon doesn't seem to be happy with this vote. It is reported that Amazon is taking various measures such as running anti-union commercials on Twitch, a video distribution platform under its umbrella, and creating a leaflet with a 'guide to vote for NO'. I am. 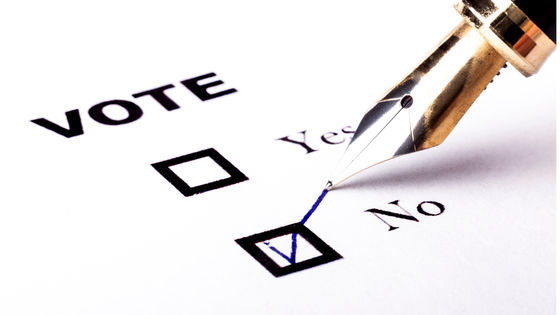 'It is important for all workers to understand the union's structure and election process, and we have already held several briefings for all workers,' Amazon said in a statement. I am. Ballots will be sent to the National Labor Relations Board (NLRB) office for aggregation. Even if a union is formed, it is uncertain whether negotiations between the union and Amazon will be established, so there is still a lot of work to be done by the union. Even if a union is not formed, it is possible that the efforts made so far will be passed on to other workers and new movements will occur. 'BHM1 workers are already victorious in terms of how successful their efforts are,' said Janice Fine, a labor and employment researcher.