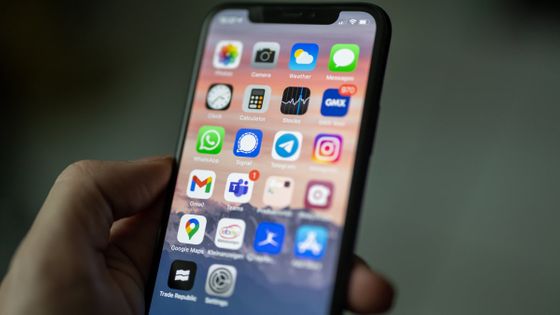 proceeding with the authorities, and the French personal information regulator (CNIL) who received the complaint raised suspicions that 'Apple's own advertising practices may be problematic.' Was reported. 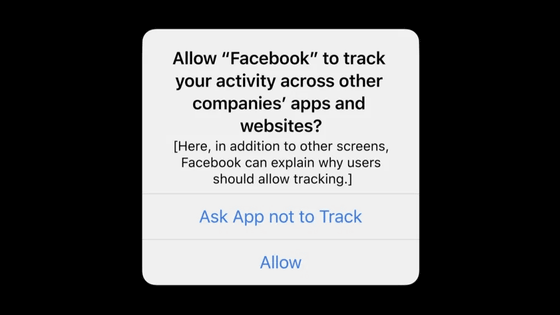 Advertising companies such as Facebook have strongly opposed this, saying, 'Personalized ads are important for small and medium-sized businesses that cannot afford to spend money, and Apple's change in ad tracking specifications will have a devastating impact on small businesses. 'Give it' innewspaper advertisements, and produce commercials that oppose privacy protection measures.

In France, an advertising lobby group limits IDFA, claiming that 'Apple's privacy rules are an unfair deal for app developers and Apple is abusing its dominant position.' We have petitioned theCompetition Commission to suspend the introduction of the feature. The competition committee investigated the allegations in collaboration with CNIL, saying, 'Apple's privacy policy is part of Apple's long-term strategy to protect users and does not abuse its dominant position.' I decided that I refused the request to stop the function introduction. 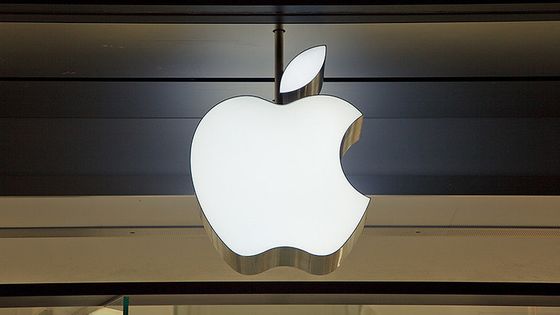 'Apple prefers its own ads while limiting the ads of other companies,' lobbying alleges to regulators-GIGAZINE 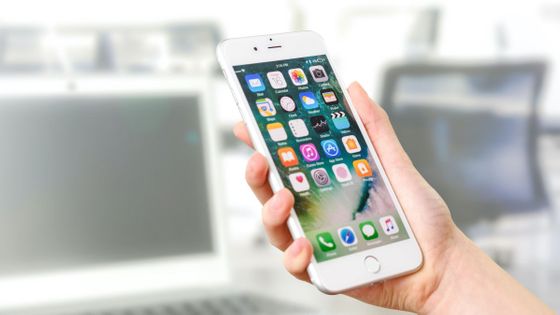 In a complaint filed with regulators, lobbying group France Digitale pointed out that ads displayed by Apple's ad network to the App Store and Apple News were particularly problematic. While these ads are first-party and do not violate measures that limit the IDFA used in third-party ad networks, France Digitale says, 'Apple is a'partner'and who is a'third-party'. You have the right to choose what you have in any way. ' It also complains that Apple's advertising features are enabled by default on the iPhone and are not well known to users.

Apple responded to the claim by saying, 'The allegations are clearly false.' Apple claims that ads served by Apple are optimized by grouping users based on characteristics such as downloaded app, age, country or city of residence, gender, etc., and do not identify individual users. did.

However, CNIL's internal document obtained by political media Politico pointed out that 'Apple's targeted advertising is enabled by default on the iPhone, and there is a problem that user consent is not obtained in advance.' It was said that it had been done. The content of the document was cautious because CNIL is not in a position to investigate the situation but to provide information to the competition committee, but this document may influence the decision of the competition committee. Politico says there is.

An Apple spokeswoman told Politico, 'Privacy is built into ads sold on our platform. Users can refuse to use Apple's limited company data for personalized ads. By doing so, we impose a high level of privacy on ourselves. ' 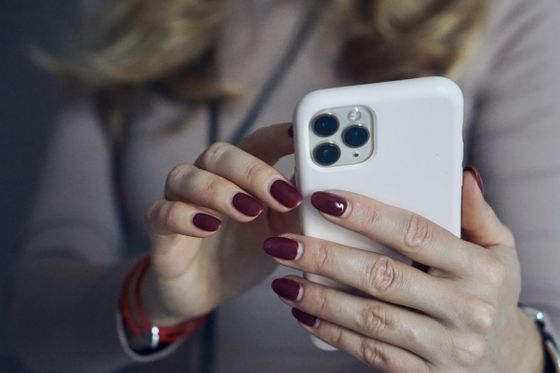