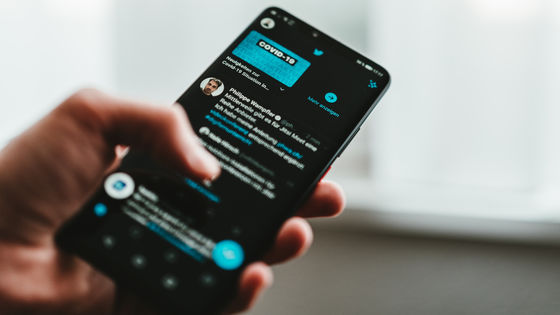 Twitter confirms it's testing an'undo tweet' feature — but it could be limited to Professional Tweeters --The Verge
https://www.theverge.com/2021/3/19/22341100/twitter-confirms-testing-undo-tweet-feature-paid-subscription App developer Jane Manchun Wong was the first to discover the 'tweet canceling feature,' and he was one of the first to report that new features such as 'Super Follow ' and ' Birdwatch ' have been tested in the past. Person.

The 'tweet cancel function' is very simple, and a button called 'Undo' is displayed on the screen for about 5 seconds after tweeting, and you can cancel the tweet by tapping this button. ..

Twitter is working on “Undo Send” timer for tweets pic.twitter.com/nS0kuijPK0

In addition, Mr. Wong discovered a screen on March 19, 2021 stating that the 'tweet cancellation function' will be offered as part of a paid subscription service.

However, Twitter only admitted that it is 'testing the tweet cancellation function', and it is unknown whether the function will be offered as part of the paid subscription service. Foreign media The Verge said, 'Because development is not yet advanced enough, it may be a long time before a decision is made as to whether or not the'tweet cancellation function'will be offered for a fee. '.