Climate change caused by global warming is regarded as an urgent issue worldwide, and research results that 'the situation has reached an uncontrollable situation by humankind ' and ' climate change is a crisis at the level of World War III ' There are even expert opinions. Regarding such climate change, Facebook CEO Mark Zuckerberg newly said, ' Smart glasses are useful for climate change countermeasures .'

Mark Zuckerberg on Mind Reading, Apple and the Race to Mainstream VR — The Information
https://www.theinformation.com/articles/mark-zuckerberg-on-mind-reading-apple-and-the-race-to-mainstream-vr

Zuckerberg's new vision is for augmented reality (AR) devices such as smart glasses to curb global warming. In an interview with IT news site The Information, Zuckerberg said that the experience of visiting someone else's house would be replaced by the experience of 'visiting a digital house' with high-performance smart glasses. , The virtual visual movement by smart glasses is described as 'teleport'.

'Of course, cars and planes will continue to exist,' said Zuckerberg. 'But the more teleported, the less forced people to go out, such as commuting, and workers continue to live in areas with low land prices. The virtual visual movement created by AR equipment will reduce the chances of going out and reduce the carbon dioxide emitted by cars and planes. He said that the AR industry will become more and more important.

Facebook, which is positioned as one of the four majors in the information technology industry as ' Big Tech ', is also a company that has made a large investment in the VR / AR industry. Since Facebook acquired Oculus in 2014, it has not only led the VR equipment industry with the ' Oculus ' series, but also developed software such as the sandbox type in-house VR game 'Facebook Horizon'. Also, in the plan to move most of the employees to remote work, the idea of 'utilizing VR' and 'VR as entertainment, not just VR as entertainment' by the director of AR / VR research department, collaboration and productivity We will also work on expanding the VR function as a tool to improve it. ' 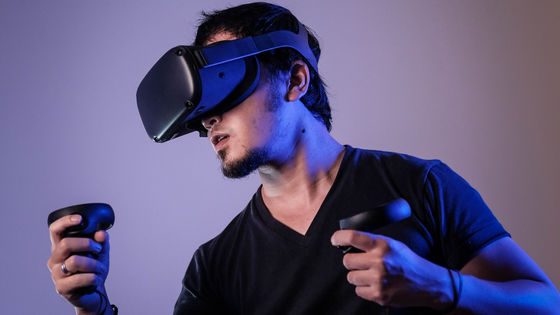 As mentioned above, Facebook is leading the VR equipment industry in the Oculus series, but in this interview, CEO Zuckerberg positions 'AR' that adds digital information to the actual view as what will shape the future. I will. Facebook plans to release AR smart glasses by the end of 2021 in partnership with Luxottica, the world's largest eyeglass manufacturer with the sunglasses brand Ray-Ban.