Apple, which is committed to protecting user privacy, announced in November 2020 that it will display a 'privacy label' on the product page of the App Store, which clearly states the privacy practices of the app.

WhatsApp , a messaging app under Facebook, has criticized the move to require privacy labels to be 'an unfair system that gives unfair preferential treatment to Apple apps.'

Apple's privacy labels are coming to all apps, including its own --The Verge
https://www.theverge.com/2020/12/9/22165959/apple-privacy-nutrition-labels-all-apps-preinstalled-messages-web

The privacy label announced by Apple will specify the type of user data that the app collects, the purpose for which it collects data, and the anonymization of users. Users can get more privacy information before downloading the app by looking at the privacy label displayed on the product page of the App Store. Apple requires developers to submit privacy labels for apps published on the App Store, and plans to introduce privacy labels by the end of 2020. 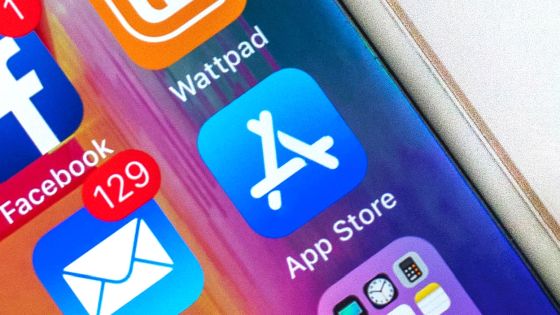 A WhatsApp spokeswoman told Axios that it's a good idea to provide users with privacy practices in an easy-to-understand manner, but that privacy labels should be consistent between first and third parties. He said it's important to be able to compare the privacy practices of third-party apps like WhatsApp with pre-installed apps like iMessage. 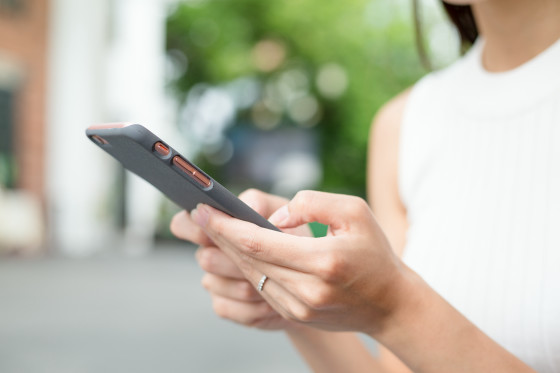 'Apple has a stronger responsibility for misinformation and privacy than other tech companies,' said Tim Cook, who is intensifying Apple's move to set stricter privacy rules. 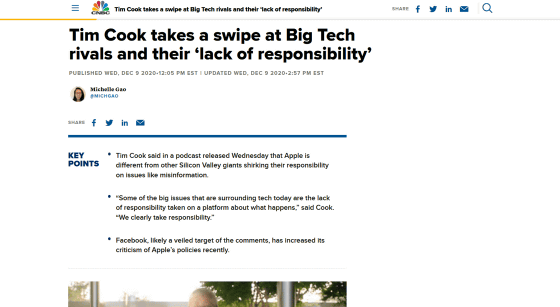 In an interview released on December 9, 2020, CEO Cook said, 'Some of the big problems surrounding today's technology are the lack of responsibility for things that happen on the platform. Apple is firmly responsible. We make tough decisions, 'he said, emphasizing that not all of the big companies in Silicon Valley are trying to avoid liability.

Apple doesn't have a social media platform like Facebook or YouTube, so it's less likely to be involved in issues such as misinformation dissemination than other technology companies, but Cook is responsible for curating Apple News and the App Store. Claims to be fulfilling.

CEO Cook said, 'Everyone can be the perfect companion to amplify things like misinformation and violence. Apple doesn't want to participate in any of these. We're part of our hatred. I don't want to be. I feel Apple has avoided that. '

Apple plans to implement a feature in iOS 14 that allows user tracking for advertising in 2021 . It is believed that this will have a major impact on Facebook and others that make money from ad distribution, and Apple is deepening its conflict with advertising companies like Facebook.