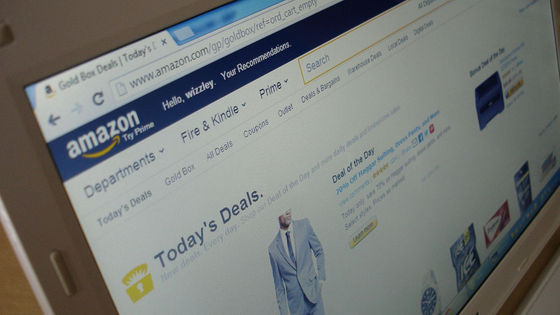 'Stema Review', which posts favorable reviews in exchange for free product offerings and rewards, is not only prohibited on EC sites as it distorts the review system, but may also violate the

prize labeling law as an improper display. there is. A new study by the Financial Times, a British economic newspaper, reveals that 7 out of 10 top reviewers on Amazon in the country have posted stemmer reviews, and Amazon has 20,000 reviews. Will be deleted.

Amazon has a ranking system called 'Top Reviewers ' that ranks users who post reviews on its platform based on the total number of reviews, the number of reference votes, and the percentage of 'helpful'. Reviews posted by top reviewers have a greater impact on buyers than other reviewers, as they indicate that they are top reviewers next to their username.

A Financial Times survey found that Justin Fryer, the number one user in the UK's top Amazon reviewers ranking, was throwing five-star reviews with an unusual frequency of 'one per four hours.' Most of the reviews posted by Mr. Fryer are for products of Chinese companies, and the total amount of products reviewed reached £ 15,000 (about 2.1 million yen) in August 2020 alone.

In addition, Fryer found that he sold the reviewed product on eBay and earned £ 20,000. Since the products sold were said to be 'unused' and 'unopened,' it is believed that after reviewing the products obtained free of charge from the company, they were falsely sold as unopened. The top of the image below is a review posted by Fryer on Amazon, and the bottom is evidence that Fryer sold this reviewed product on eBay. 'I never posted a review in exchange for a reward,' Fryer said in response to a Financial Times question. 'The reason I sold the reviewed product unopened on eBay was because I owned more than one of the same product.' I am.

According to an analysis by the Financial Times, nine of the top 10 Amazon top reviewers in the UK may have been paid and posted reviews. These reviewers have cast a large number of five-star reviews on the products of unknown Chinese companies.

Since 2016, Amazon has explicitly prohibited 'posting reviews as compensation for some kind of reward, such as offering free products or discounts' for such 'stemma reviews'. 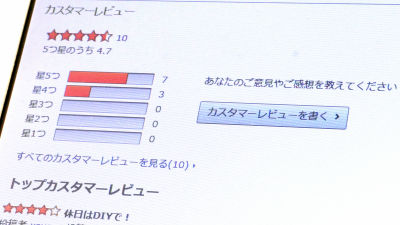 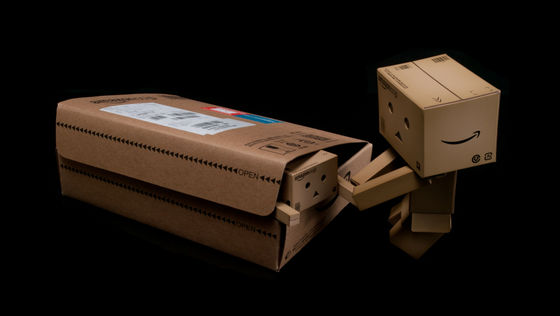 An Amazon spokeswoman told The Verge, an IT news site that reported the news, 'We have clear policies for both reviewers and sales partners, prohibiting abuse of community features, and policies. We are taking steps to suspend or delete accounts, take legal action, etc. for violators of the website. ' I would like you to do it. '