What is the ranking of Japan, where a ranking will be announced that compares mobile communication charges per 1GB in 228 countries around the world? 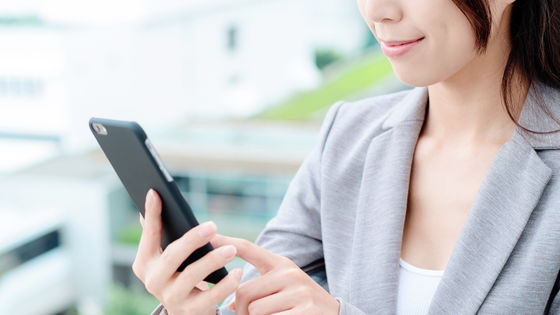 Since most mobile data usage fees are in 1GB units, some call the contracted communication capacity and the remaining amount '

Giga .' If you look at the 'Results of mobile data price surveys in 228 countries around the world' released by British telecommunications company Cable.co.uk, you can see how much 'Giga' is in each country, including Japan.

In the map below created by Cable.co.uk, countries with higher communication charges per 1GB are displayed in darker colors. 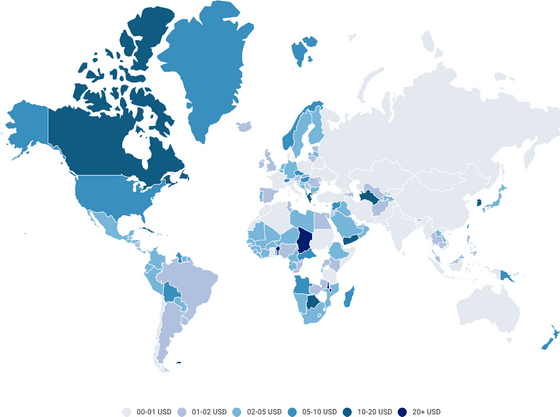 India was the cheapest of the 228 countries, with an average price of $0.09 per GB (about 10 yen). As to why mobile data in India is so cheap, Cable.co.uk said, “India has a large young population, high technology awareness, and the smartphone market is active and fiercely competitive. The data is provided surprisingly cheaply.' 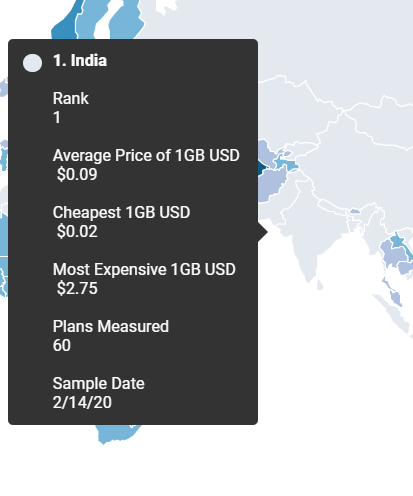 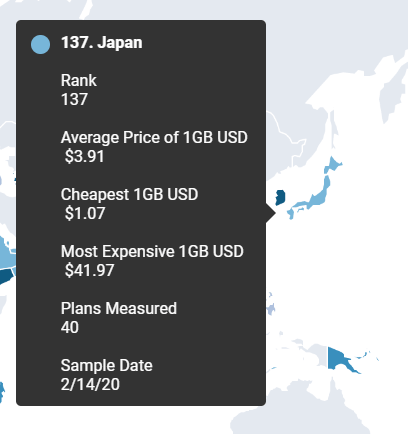 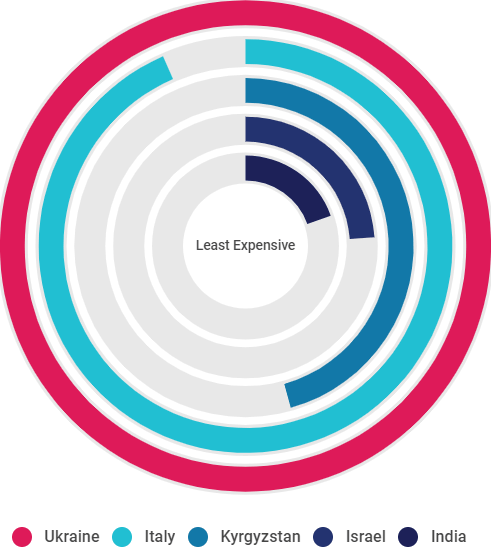 Since the worst five countries are all island nations, Cable.co.uk said, ``Because there are few cases where optical fiber infrastructure is laid in island countries and more expensive satellite communications etc. have to be introduced, Consumers are responsible for the costs.' 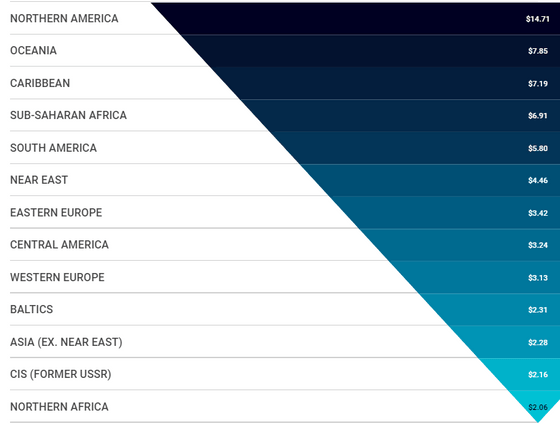 Cable.co.uk said about the North America region where mobile data prices are the most expensive. 'The United States and Canada, which are the richest countries in the world, have an average price of 8 dollars per GB (about 846 yen: 188th place) ) And 12.55 dollars (about 1328 yen: 209th place), respectively, which are considerably lower in the rankings on their own. In addition, Bermuda, which is a part of North America, is the worst 4, and Greenland is $ 9.56 (about 1011). There are only one mobile service provider in these regions located in the Arctic Circle,” said the two advanced North American countries and the less competitive Arctic countries in the North American region. I pointed out that I increased the communication charge of.