Which countries in the world are doing the most data communication? 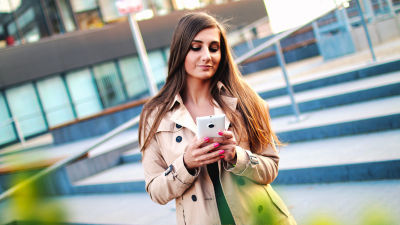 (PDF file) Unlimited moves the needle but it's when mobile addresses slow fixed internet that something happens
https://tefficient.com/wp-content/uploads/2018/07/tefficient-industry-analysis-1-2018-mobile-data-usage-and-revenue-FY-2017-per-country-10-July- 2018. pdf

Canadian Telecoms Make the Most Money on Mobile Data in the World - Motherboard
https://motherboard.vice.com/en_us/article/7xq934/canadian-telecoms-make-the-most-money-on-mobile-data-in-the-world

The vertical axis of the graph below shows the monthly data traffic (GB) per SIM card, and the horizontal axis shows the monthly usage fee (Euro) per SIM card. The highest profitability is high in Canada, which is located in the lower right, and the data communication volume is also about 1 GB per month and it is also totally low value. There are only 36 countries with low data traffic from Canada, Portugal, Greece, the Czech Republic, Germany and Belgium. 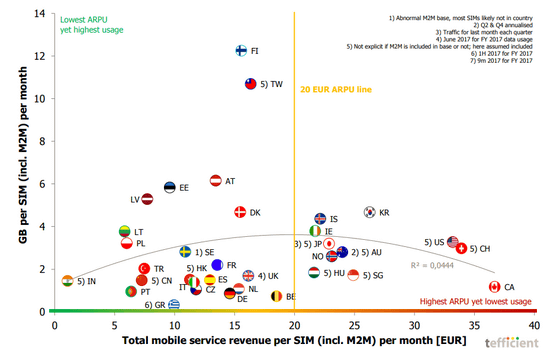 It is America that has a data communication volume slightly larger than Japan. In the United States, the data traffic per month is about 3.3 GB, but it is about 34 euro (about 4500 yen) with high revenue from telecommunications carriers, which shows that it is a more expensive service than Japan . Conversely, India is the smallest income of telecom operators per month, which is about 35 times smaller than Canada, which is the highest among the 36 countries surveyed . 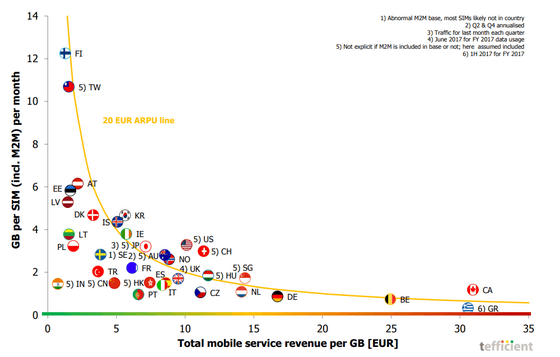 In India, which has the lowest revenue from telecom operators, the revenue per 1 GB is also the lowest in 36 countries, and the data traffic volume in 2017 has increased about threefold from the time of 2016, and this trend will continue in the future It is seen as continuing. In Canada, which has the highest income from the two graphs, this situation is expected to continue also, according to tefficient, "It is unlikely that data traffic will increase for a while."