Although there are a number of games to create a city, I recommend it to people who want to easily create a beautiful city and enjoy it without elements such as the development and environment of the city. It is ' Townscaper '. I made a colorful city by actually playing Townscaper, which can be played with only two simple actions of 'making land' and 'building a house'.

As soon as you start the game, you'll see the Create City screen. By default, there were already two houses. 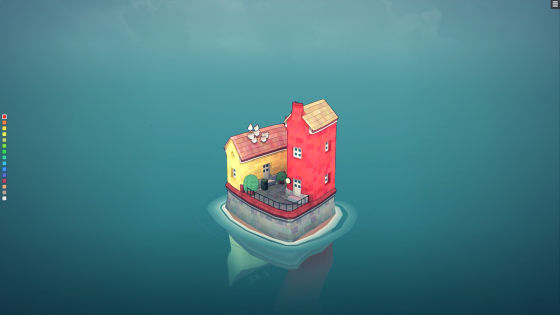 Townscaper is a game where you can create a city by simply clicking on the screen. If you click the red frame part for a trial... 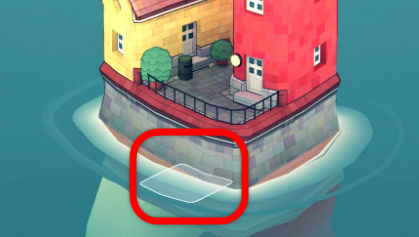 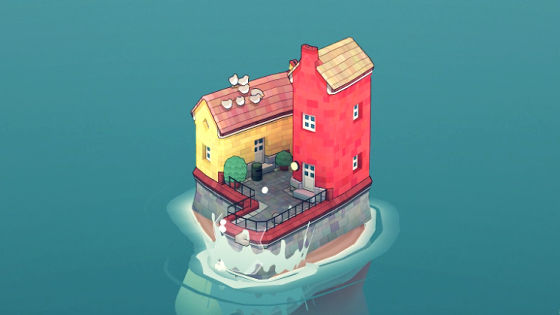 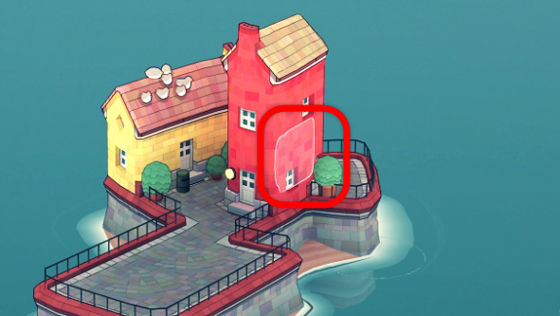 The house is expanded. In that way, clicking on the click and increasing the number of land and homes will gradually create a town. 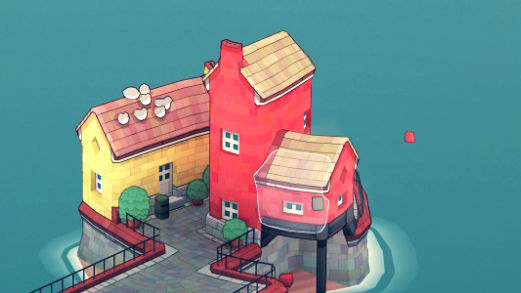 
You can build a house of your choice from the color palette on the left. It is also possible to build houses of different colors by sticking them together. 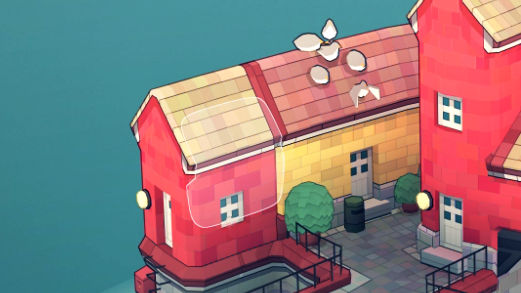 Click the icon on the top right of the screen to open the menu. 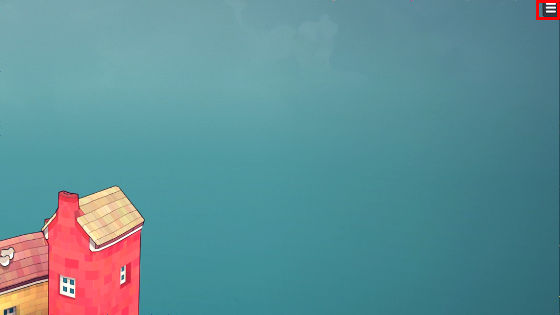 You can reset the city by clicking 'New'. 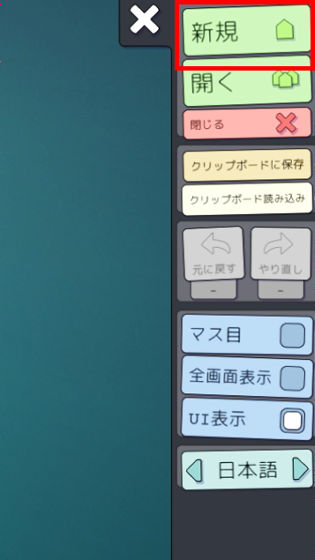 Also, as you can see by turning on the 'squares' display of the red frame, the squares are not a clean square, but a slightly distorted square. 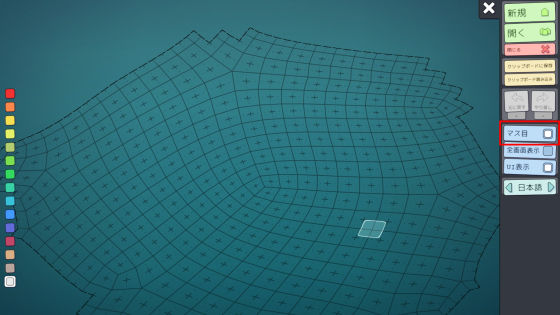 Since the figure connecting the '+' is one square, there were triangles, pentagons, and hexagons in addition to squares. 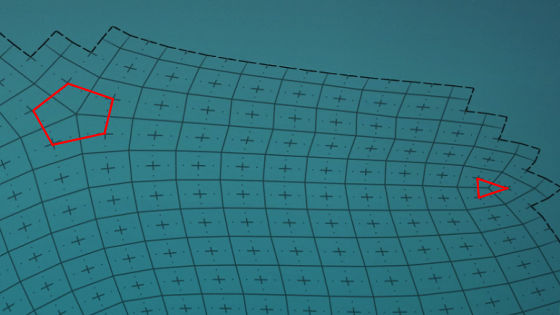 Because the masses are not uniform, it creates a tasteful cityscape rather than an orderly cityscape. It's good to be enthused that 'I'll make a cool city!', or just click and think about the direction while creating a city. If you have tens of minutes, you can create a big city, and the following movie seems to have clicked about 10 minutes and made a city. The movie is edited at 8 times speed.


You can build a big city in just 10 minutes. 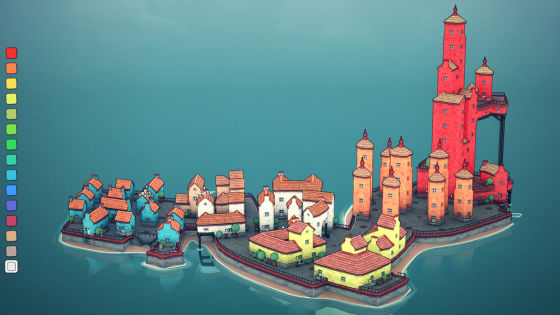 Also, watching the cityscape carefully is one of the ways to enjoy Townscaper. The built houses have slightly different shapes. There are shoes and posts at the entrance…… 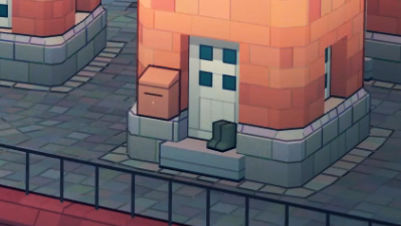 Plants, benches, stairs down to the beach 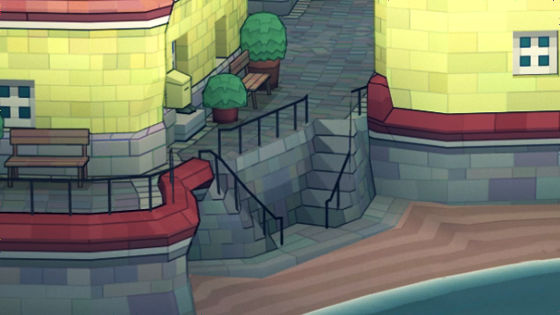 The scenery that gives a feeling of life is spreading, such as clothes being dried between houses. 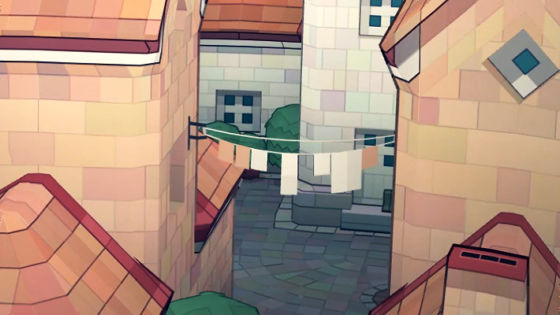 If you look closely at the legs of a house built on the sea, you can see that it looks like a ladder. 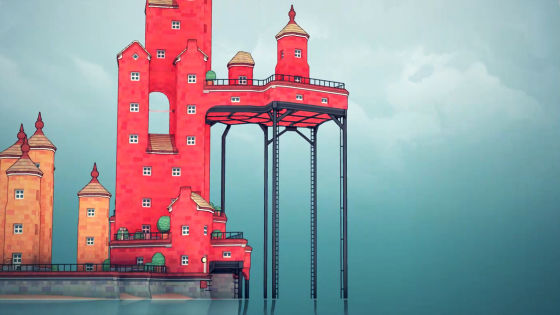 Looking at the top of the ladder, there was something like a doorway. It may be an exit for an emergency escape. 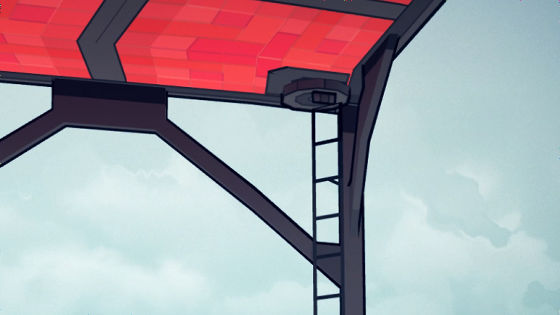 'Townscaper' can be purchased on Steam, and at the time of article creation the early access version was available for 620 yen including tax. In the final version, free camera, mesh data of the city and GIF file output will be added.