What is the identity of a mysterious signal that arrives from deep space every 16 days? 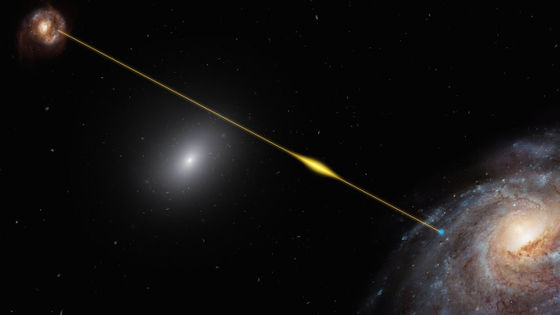 The latest observation data revealed that a mysterious radio wave arrived at a frequency of 16.35 days from the universe about 500 million light years away from the earth. This is the first case where this kind of radio wave arrives periodically, and astronomers hope to elucidate the mystery of unknown astronomical phenomena that have been enigmatic for more than 10 years. .

This is the first fast radio burst known to have a steady beat | Science News
https://www.sciencenews.org/article/first-fast-radio-burst-steady-beat

Something in Deep Space Is Sending Signals to Earth in Steady 16-Day Cycles-VICE
https://www.vice.com/en_us/article/wxexwz/something-in-deep-space-is-sending-signals-to-earth-in-steady-16-day-cycles

' High-speed radio burst ' (FRB) is an unknown celestial phenomenon in which radio waves are suddenly emitted in a very short time of several thousandths of a second. Until now, the location of the Fed has been identified , but its identity has not been elucidated. 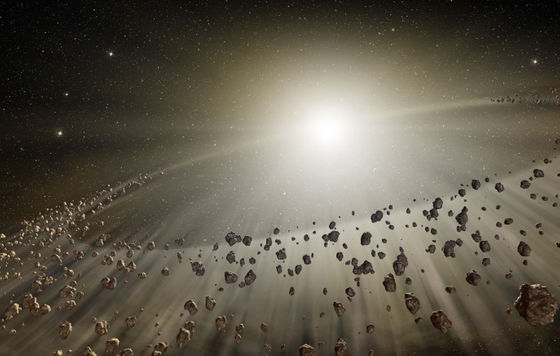 Meanwhile, the observation team of the University of Toronto's astrophysicist Donji Lee et al. Discovered that there was a periodically generated Fed while using the Canadian Hydrogen Intensity Mapping Experiment Telescope (CHIME) . When the observation team analyzed the CHIME observation data from September 2018 to October 2019 in detail, the source of the Fed generated explosive radio waves once or twice an hour for 4 days, The signal has been generated again after 12 days of silence, with a total of 16 days of periodicity.

In his paper, Lee et al.'S observation team states, 'FRB 180916 is the first case in which periodicity has been observed among all sources of the Fed. It will be an important clue to knowing. '

According to the observation team, the identity of the Fed may be 'a binary star with two huge masses'. For example, if the source of a certain Fed is rotating around a black hole every 16 days, radio waves may be emitted toward the earth every 16 days. It is also conceivable that the explosive radio waves emitted by a neutron star with an ultra-dense core are amplified or attenuated every 16 days by the stellar wind emitted from another pair of stars. 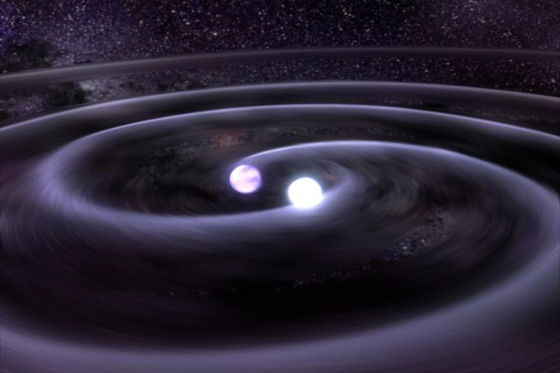 Also, Lee and others point out that `` the source of the Fed can not be ruled out as a single celestial body that periodically generates radio waves due to rotation or precession (rotation of the rotation axis) '' I am. The most powerful of this theory, magnetar is called, is a neutron star with an extremely strong magnetic field. Magnetors also generate huge amounts of radio waves due to fluctuations in the magnetic field, so they are candidates for the Fed. However, it is thought that it is difficult to explain the periodicity of 16 days because the magnetar normally rotates at a high speed of 1 rotation within 12 seconds.

'In any case, this discovery is very important, as the discovery of the first Fed in 2007 was a very important one. We will be able to obtain a wealth of results. ' Lee's observation team plans to continue further observations of the Fed 180916 and compare it with known Feds to identify the source of the Fed.