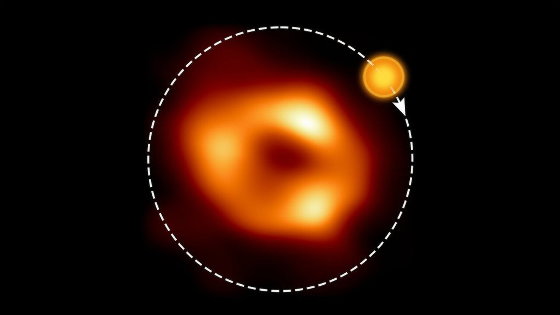 A mass of high-temperature gas was discovered orbiting at an astonishing 30% the speed of light around the supermassive black hole Sagittarius A* at the center of the Milky Way galaxy , where Earth is located. This clump of gas orbits a distance similar to Mercury 's orbit around the sun in just 70 minutes.

A Weird Blob of Hot Gas Is Whizzing Around Sagittarius A* With 'Mind-Blowing Velocity' : ScienceAlert
https://www.sciencealert.com/a-weird-blob-of-hot-gas-is-whizzing-around-sagittarius-a-with-mind-blowing-velocity

Sagittarius A* is located at the center of the Milky Way galaxy and is a black hole with a mass four million times that of the Sun. In May 2022, an image of Sagittarius A* was taken by the Event Horizon Telescope (EHT), a project to build a virtual telescope by linking eight radio telescopes installed around the world. It was announced and became a hot topic. 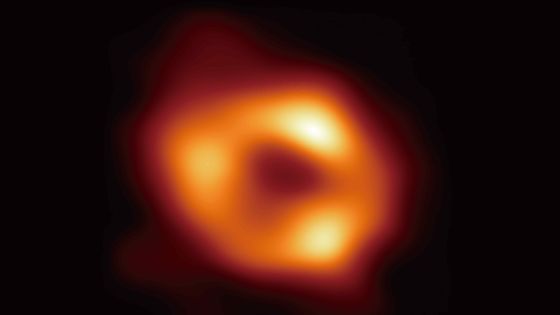 A research team led by Maciek Wielgus, an astrophysicist at the Max Planck Institute for Radio Astronomy, who participated in the EHT's Sagittarius A* imaging project, is working with the Atacama Large Millimeter-Wave Submillimeter Interferometer (ALMA) in Chile. We analyzed the observational data of Then, in the observation data of April 2017, an abnormal brilliance (flare) emitted from the vicinity of Sagittarius A * was detected.

This type of flare in Sagittarius A* has been observed by X-ray and infrared telescopes in the past, and is thought to be associated with a mass of gas (hot spot) orbiting around the black hole at high speed. I was. This is the first time that the existence of a flare has been confirmed not by X-rays or infrared rays but by radio observations.

When the research team analyzed the mass of gas that emitted the flare, it turned out that it orbited a black hole orbit similar in size to Mercury's orbit around the sun in just 70 minutes. 'We think we're seeing a hot bubble of gas orbiting Sagittarius A* in an orbit similar in size to Mercury,' Wielgus said. It's circling, which is an amazing speed of 30% of the speed of light!' 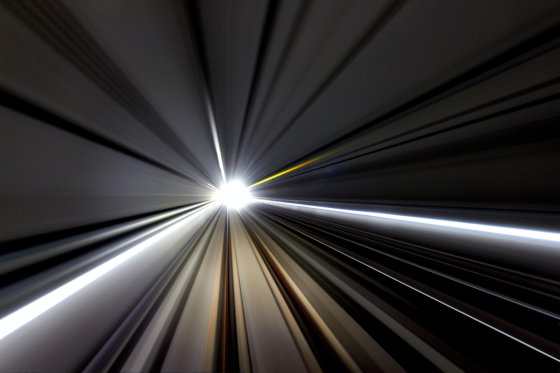 In addition, the mass of gas emitted strongly biased or twisted light, and signs of

synchrotron radiation were also confirmed. These occur under conditions of strong magnetic fields, suggesting that the mass of gas is embedded in a magnetically arrested disk (MAD) that swirls around the black hole and supplies matter. I'm here.

Usually, objects that are too close to a supermassive black hole are pulled by the overwhelming gravity, but the gas clumps discovered this time are moving so fast that they maintain a stable orbit near the black hole. It is said that there is. However, it has also been suggested that the flares could be observed by radio telescopes because the mass of gas lost energy and cooled, making it possible to observe it at longer wavelengths. It seems that it may be drawn into a black hole.

'We find strong evidence for the magnetic origin of these flares, and observations provide clues about the geometry of the process,' said study co-author Monika Mościbrodzka, an astrophysicist at Radboud University in the Netherlands. I was able to get it,' he commented. 'I hope one day I'll feel comfortable saying 'I know' what's going on in Sagittarius A*,' said Wielgus. 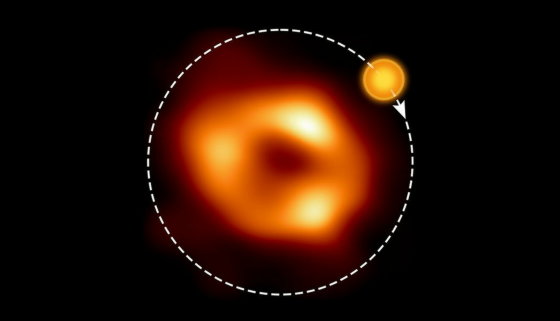