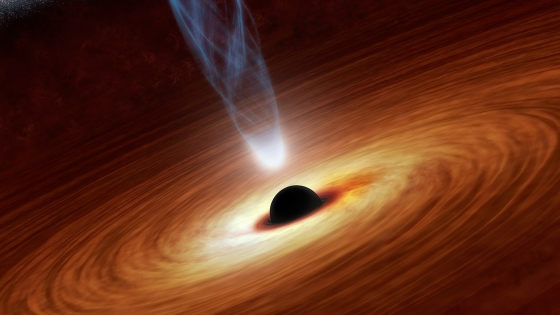 It is a black hole known for having strong gravity and sucking substances and light, but it is also known for jet injection. The reason and cause of why black holes perform jet injection is not clear, but a new study has released 'the highest resolution image ever taken of jet injection' that will help solve this mystery.

Event Horizon Telescope observations of the jet launching and collimation in Centaurus A | Nature Astronomy
https://www.nature.com/articles/s41550-021-01417-w The newly released image was taken using the Event Horizon Telescope (EHT) by a research team led by Michael Janssen, a physicist at the Max Planck Institute for Radio Astronomy. EHT is famous for capturing the world's first theoretical existence of a black hole in 2019. This time, the research team observed the details of a black hole in the center of the galaxy 'Centaurus A ', which is 120,000 light-years away from the earth. Centaurus A has a black hole in its center, which has a mass of 55 million times that of the Sun, and is known to inject a powerful plasma jet.

The following is the image actually obtained. You can see that the bright light extends like a cone.

A black hole injects a jet in one direction and a counter jet in the opposite direction. Since the jet of the counter jet extends in the direction away from the earth, it could not be captured very much in the image.

The following is an image of a black hole taken for the first time in 2019. At this time, the subject was the 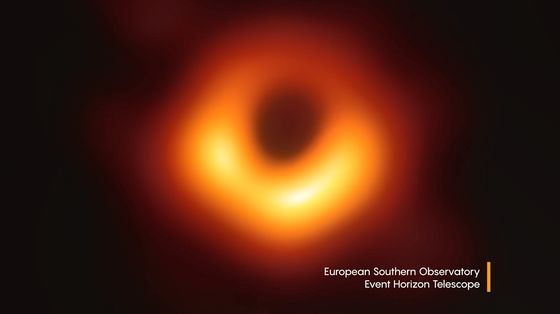 According to the research team, M87 and Centaurus A are significantly different in mass, but the shape and other characteristics of the jet are almost the same. The research team believes that jets will grow as black holes grow.

The jet sometimes reaches the outside of the galaxy and travels at near the speed of light, but its eruption process is unclear at the time of writing. However, researchers such as Matteo Lucchini of the Massachusetts Institute of Technology, who are not involved in this research, think that the 'magnetic field' is involved in the process. To support this hypothesis, Lucchini says he plans to use the images captured in this study to create a computer model that reproduces the physical state of a black hole.