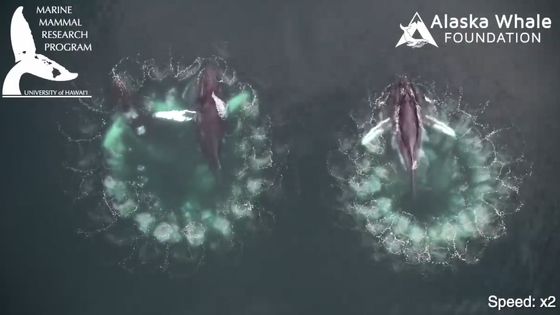 Humpback whales are known for fishing called “ Bubble Net Feeding ,” which uses spouted “bubbles” to create nets and drive prey. Research teams at the University of Hawaii at Manoa , the Alaska Whale Foundation , and Stanford University successfully combined a drone camera over the sky and a camera attached to the humpback whale to shoot bubble net feeding by the humpback whale. A humpback whale swims like a circle in the water, spits out bubbles, and traps fish and other prey with bubbles that gradually rise toward the surface of the water. The research team of

Lars Bejder and others, who are marine biologists at the University of Hawaii, said that the humpback whale's It is said that a wealth of data on fishing has been collected.

This is the movie taken by the research team.


In the movie that captures the surface of the water, the bubbles are just like drawing a circle. Two “foam pillars” are formed at close range. 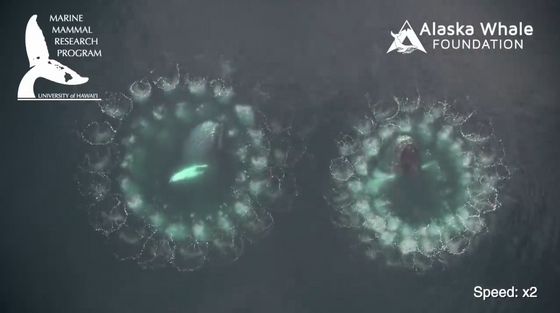 Among them, several humpback whales appeared toward the water surface. You can eat the trapped prey in a single stroke by ascending through a cylinder made of foam while opening a large mouth. 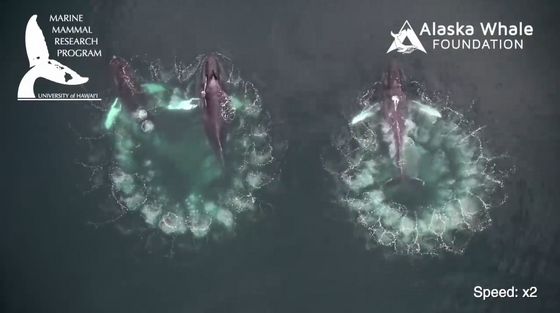 This is an underwater movie taken by the research team at the same time. 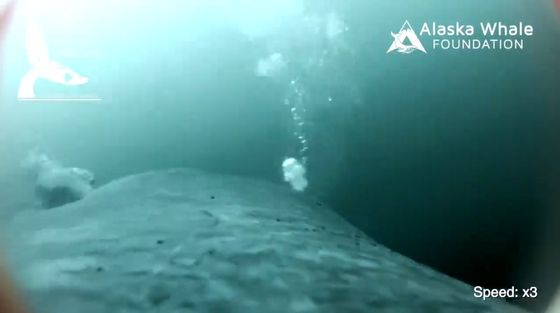 You can see a humpback whale swimming in a circle while spitting out bubbles. 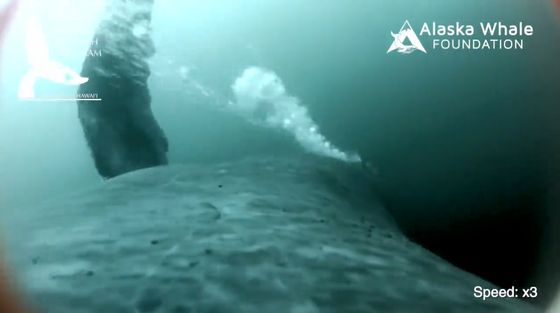 In the past, humpback whale fishing has been filmed, but Bejder says that combining drone video with underwater video is a very exciting attempt. 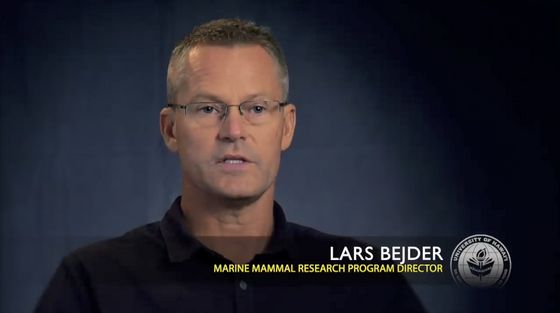 By combining multiple cameras and sensors, it is possible to check which humpback whale is acting how. 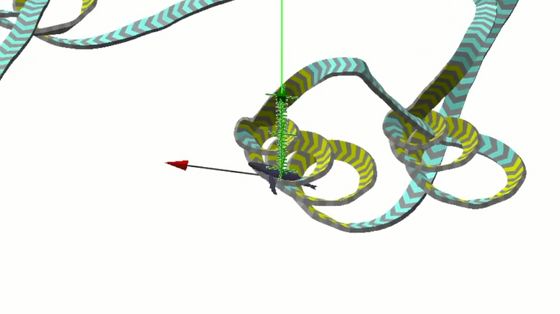 Humpback whales have the habit of visiting Alaska in the summer and returning to the surroundings of Hawaii in the winter. During winter, humpback whales rarely eat because they breed, give birth, and raise children. Therefore, it is necessary to eat a lot of prey such as

krill and store energy during the summer. 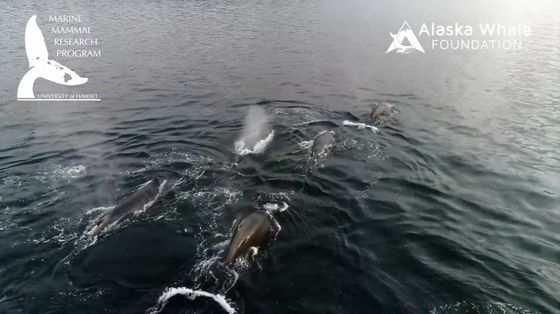 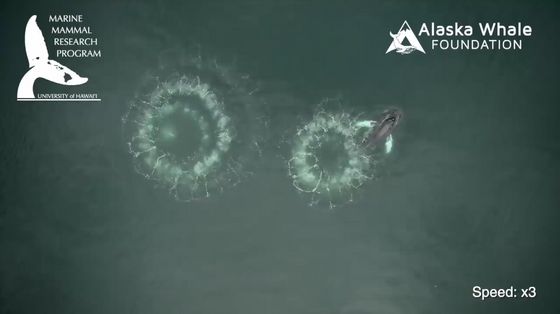 Bejder argues that this video is groundbreaking, and observing how humpback whales capture their prey can provide insights that could not have been gained before. In recent years, it has been reported that the number of sightings of humpback whales off the coast of Hawaii has decreased , but based on the data collected this time, there is a possibility that clues to elucidate the reason may be obtained .