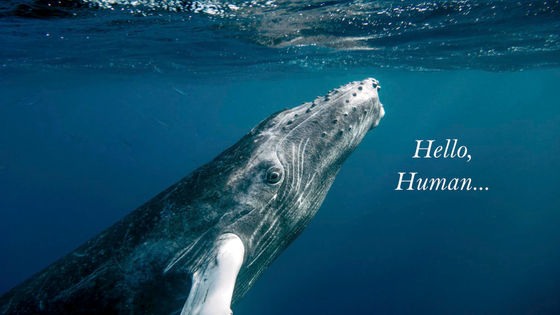 Humpback whales prey on large amounts of fish every day, but humpback whales swim only fast enough for humans to jog, and far less than fast fish can escape. It turns out that such humpback whales are able to swallow a school of small fish with a clever predation technique that strikes the emptiness of the fish.

Study finds whales use stealth to feed on fish
https://phys.org/news/2019-12-whales-stealth-fish.html

A research group by Stanford University biologist David Cade et al. Has a camera on humpback whales living off Monterey Bay and off southern California to investigate why humpback whales that swim so fast can prey on quick small fish. And examined how humpback whales prey on food. 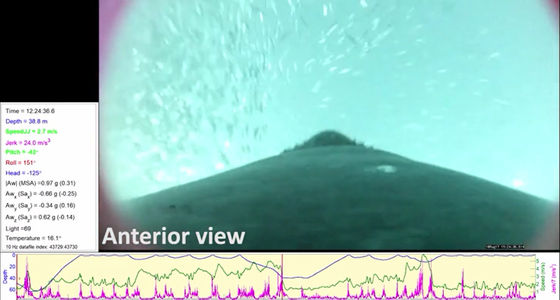 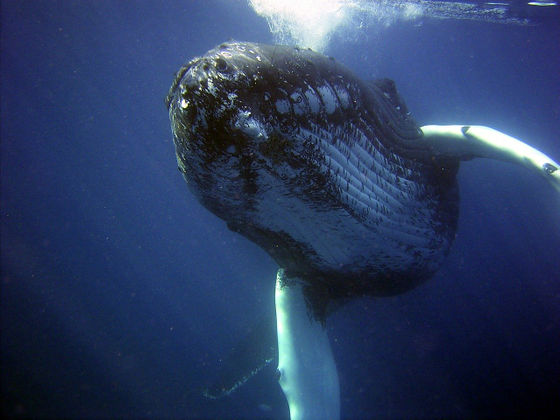 Past studies have shown that whales have grown rapidly since 4.5 million years ago, and may have something to do with having acquired rushing foraging.

Whales have grown very rapidly recently, and why? -GIGAZINE 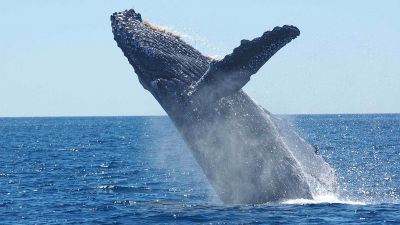 They also found that hunting for humpback whales is a very efficient method of hunting. Rush foraging, which increases its speed after opening its mouth, requires a very large amount of energy because of the resistance of water. On the other hand, krill, one of the humpback whale feeds, is a small plankton that can be easily predated without rushing foraging. However, when Cade and his colleagues compared the energy consumed per predation to the energy gained from predation, it was seven times more energy efficient to eat small fish by rush-feeding than to feed on krill. It was.