The mechanism that Taka pushes down the game thoroughly is clarified, and the application to the drones reconnaissance drone 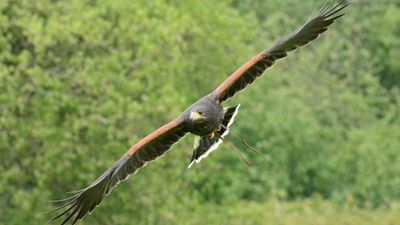 The hawk is a kind of prey that actively hunts in birds , and since ancient times humans have been hunted using trained hawks. Researchers at Oxford University have found that such a hawk's system for tracking prey is different from that of the same bird of prey, Hayabusa .

There are many types of predators who fly in the sky, such as bats that use echolocation using ultrasound, and those such as falcons that approach and kill prey from a great distance There is. According to Caroline Brighton, a zoologist at Oxford University, aerial predators have different hunting styles depending on their form, habitat and type of game.

For example, the narrow and heavy wings of falcons are good for a style of flying and catching prey at high speeds from a distance in an open environment. On the other hand, hawk's wings are wider and lighter than Hayabusa's wings, making it easier to turn around, so it is suitable for suddenly turning around attacked prey and capturing prey that runs away in narrow places. You

However, not only the difference in flight ability that these forms bring, but also the way to track the prey is different depending on the hunting style. Researchers already know that falcons and hawks have differences in their systems for tracking prey. 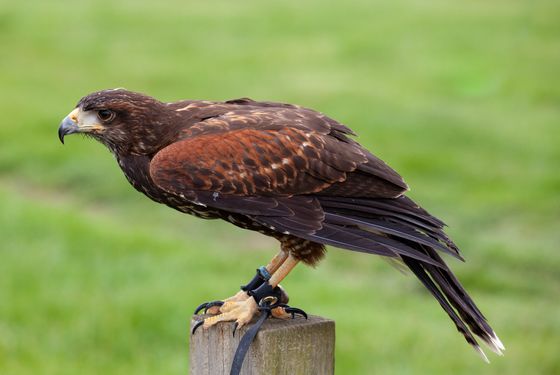 Hayabusa has a tracking system such as ' Homing Guided Missile ', and it is directed and tracked so that the direction in which it flies is always in line with the prey caught by the gaze . In other words, the prey is an image in which only the size of the prey in the view changes as it gets closer, without changing the position in the view.

This tracking system works well for objects that move smoothly like birds flying in the air, but it is not suitable for objects that run zigzag and run away, such as rabbits and squirrels running on land. As falcons are always in the form of being tracked from behind or above the prey, the zig-zag escape will result in a very long tracking distance.

On the other hand, it has been suggested that Taka does not take a straight line with the prey, and has a tracking system different from Hayabusa. So the team from Brighton and others used five of the trained hawks, the Momoka Kansutori , to chase a dummy's prey that runs away in a zig-zag, and analyzed the situation in the movie.

This is a movie actually shot by the research team.


From the left to the right of the screen, dummy prey moves like a yellow bag. A string is tied to the dummy, and a system that moves in a zigzag using a pulley installed on the ground. The hawk who flew from the back left of the screen turned to the dummy who changed movement ... I will head in the direction of the camera. You can see that Taka correctly corrects the position of the dummy that moves in a zigzag. After repeating about 50 trials and analyzing the shot movie and performing computer simulation, it turned out that Taka is performing tracking by feeding back the angle of gaze to the prey and the direction in which the prey moves. .

While this tracking system works well for hawks that hunt from close range, the research team pointed out that for Hayabusa, which attacks from a long distance, it may create an inefficient flight path. Both Taka and Hayabusa have tracking systems tailored to their own hunting style.

The results of this research are not limited to mere interest in animals, but may be applied to systems that track flying drone, etc. The research team said that hunting hawks and other birds of prey might be useful when tracking drones in a chaotic environment like a city. 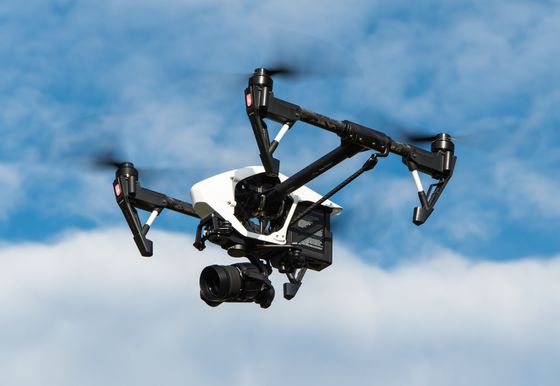