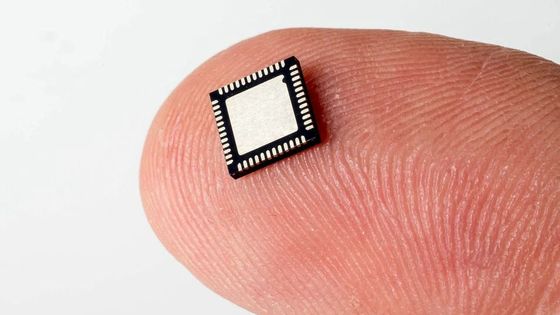 The details of the

iPhone 11 announced on September 11, 2019, Japan Time, are smartphones that are the latest technology. It is reported that the “ U1 chip ”, which was installed in such an iPhone 11 but did not attract much attention at the time of announcement, was actually “great”.

What is the new Apple U1 chip, and why is it important?-Quora
https://www.quora.com/What-is-the-new-Apple-U1-chip-and-why-is-it-important/

According to the iPhone 11 official page , 'U1 chip' is a chip for spatial recognition using ultra-wideband technology, and iPhone 11 can accurately recognize the location of Apple devices equipped with U1 chip. With an iPhone equipped with a U1 chip, when you use AirDrop, just point your iPhone at the other party's iPhone, and the other party will point to the top of the AirDrop list. Apple describes the ability of the U1 chip as “it's like a GPS that works in the space of a living room”. UltraWideBand (UWB) ”. UWB is a wireless technology that takes advantage of the characteristics of extremely short and sharp pulse radio waves, and is used for high-speed communication and position detection at short distances. According to Brian Roemmele, who has been mainly researching Apple-related patents for more than 35 years, Apple has been focusing on UWB technology since the early 2000s, and it seems that it has acquired many UWB-related patents for over 10 years There is. Apple had foreseen that UWB would be important. 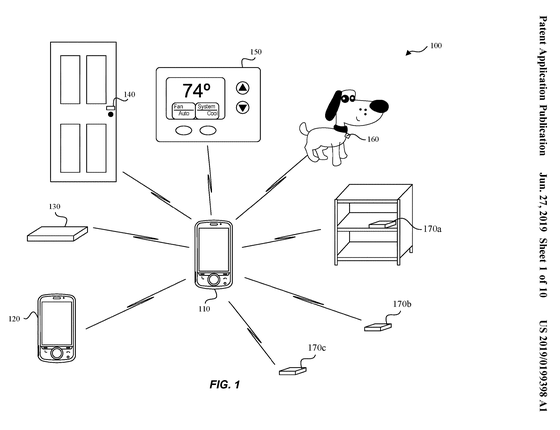 Roemmele believes that Apple's U1 chip uses a technology similar to “Decawave impulse radio ultra-wideband (IR-UWB)”, which boasts an accuracy of within 10 cm indoors. The

DW1000 Radio IC chipset with IR-UWB has 100 times higher accuracy than Wi-Fi and Bluetooth, and the connectable distance is 290m. It seems that the transfer speed is up to 6.8Mbps. Since the iPhone 11 has not been released yet, the specific performance of the U1 chip is unknown, but Roemmele said, `` Including software technology etc., there is even the possibility of achieving an accuracy of 3 cm error in the room regarding the position coordinates '' 'U1 chip is the biggest announcement at the iPhone 11 presentation'.

Since the U1 chip is so small that it is less than a fingertip, it is expected to be installed not only on the iPhone 11, but also on the new Apple Watch and AirPods. The Verge says that Apple's own “smart tracker” that has been confirmed in the beta iOS 13 source code may also be equipped with a U1 chip. 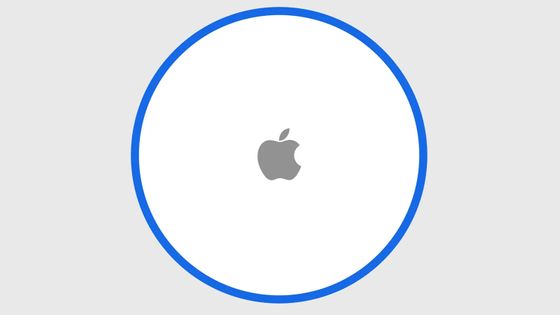 Many products such as “ Tile ” have already been sold as smart trackers that send notifications to smartphones when they are dropped. The smart tracker sold by Apple is `` integrated with iOS '', the function that the stranger's Apple terminal automatically detects the signal of the smart tracker using the `` Find My '' function of iPhone, iPad, Mac It is expected to have. The Verge touched on the high performance of this U1 chip and wrote that 'U1 chip that can accurately detect location information is a secret weapon of Apple's smart tracker.'

The Apple Smart Tracker was expected to be announced at the iPhone 11 launch event on September 11, 2019, but was not actually announced. The Verge reports, “Apple smart trackers may appear at the new iPad launch event in October 2019”.