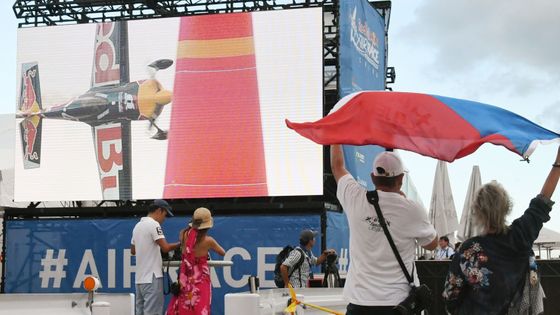 Japanese pilot Yoshihide Muroya will be able to decorate the last beauty of `` Red Bull Air Race '' that will be the last in 2019, the battle ``

On September 7, 2019, the Red Bull Air Race Chiba Race Track had a qualifier for the Challenger class and the Master class.

* Before that, review the Chiba course with a video (with Japanese subtitles) ???? #airrace pic.twitter.com/nDJfKyx9B9

Master class qualifying started at 15:05 on September 7, 2019. At around 12:00, the weather was so much that you could sweat just by standing, but when the qualifying began, it was a cloudy sky and a strong wind was blowing. This wind seems to have a big impact on air races. 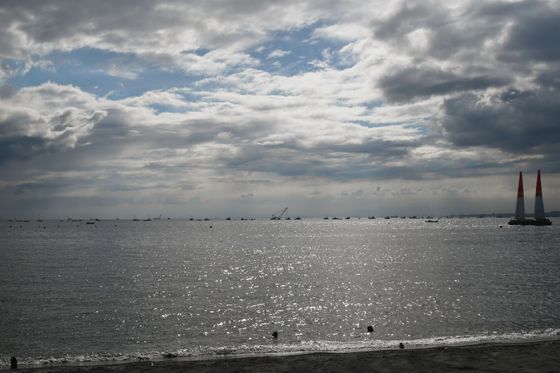 14 of the world's best pilots from 10 different nations are going to fight for this one title: World #Champion of Red Bull Air Race! #Airrace Bring it on guys! ???????? Follow the action LIVE on https: //t.co/KbyJlLIdK0 pic.twitter.com/CA0ccOUXLB

The Chiba race track is a course that requires techniques that are constantly turning. 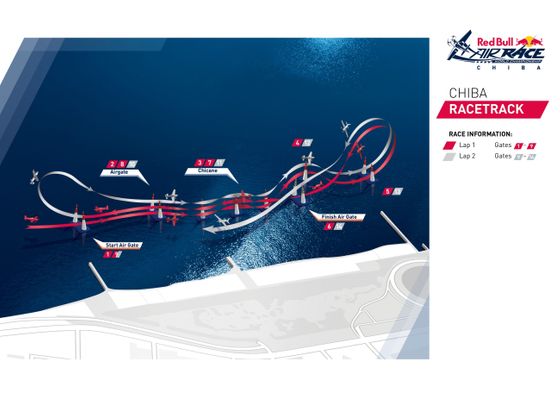 An object like a huge triangular cone built on the sea is a pylon. It is difficult to realize its size because it is far away, but the height of the pylon is 25m. The height is roughly equivalent to the 8th floor of the building. 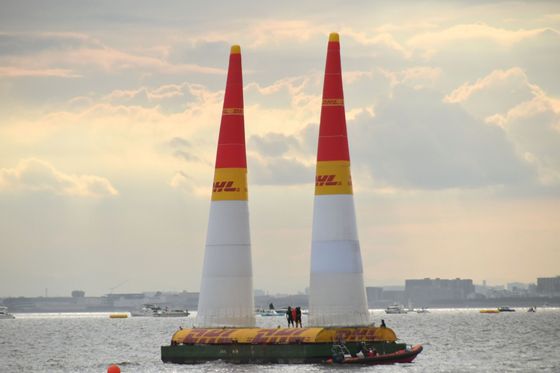 The pylon is not only a course, but also a race obstacle. The two pylons arranged side by side are called gates, and the length of the gap between each gate is 13m. Considering that an aircraft with a wing length of 7.5m can pass through at a speed of 370km / h (over 10m / s), the length of 13m is really small. 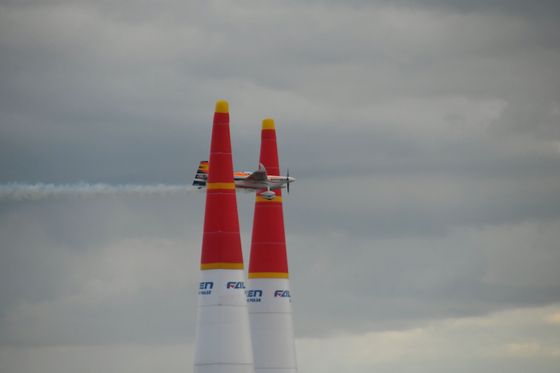 Immediately after passing through the start gate, a chicane that tilts the aircraft vertically follows. Since it is necessary to rotate the aircraft 360 degrees between each chicane, the burden on the players inside is considerable. 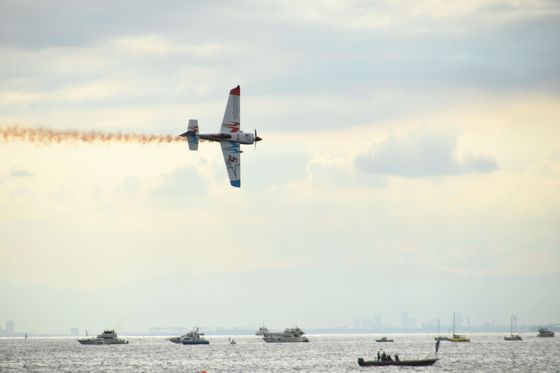 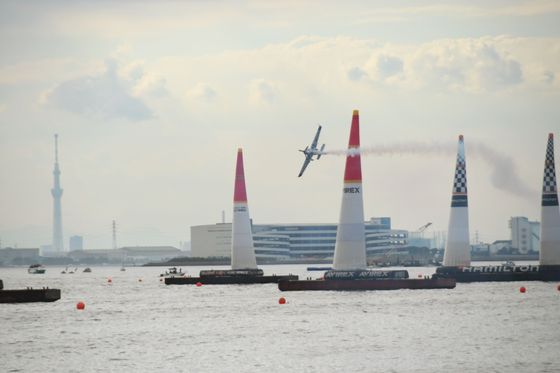 After breaking through the chicane, a high turn is required to fly upward and upside down. It seems that the gravitational acceleration applied to the pilot can be up to 12G, and if the person has a weight of 60 kg, the weight of 60 kg x 12 = 720 kg will be applied during the maneuver. 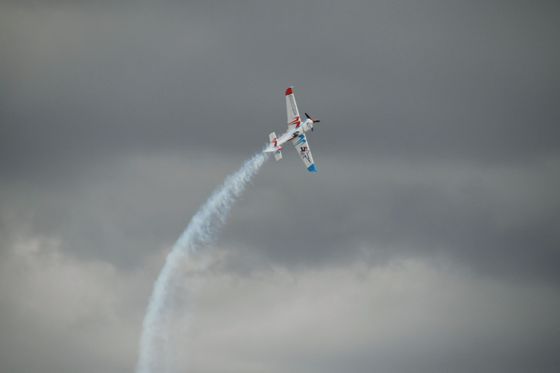 Air race is a time-attack type competition where players fly separately and compete for the time. The roaring and three-dimensional driving when an airplane passes in front of you are impressive. Since it is performed in the air, you can see the whole race with the naked eye.

Juan Berarde showed a prominent run in qualifying. A player who has won two podiums in 2017. The overall qualifying ranking is 7th. It seems that he is usually a pilot of Iberia and serves as the captain of the Airbus A330 . 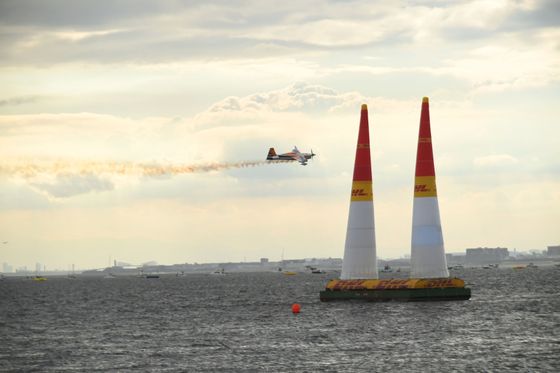 The turn after exiting the chicane is very compact. 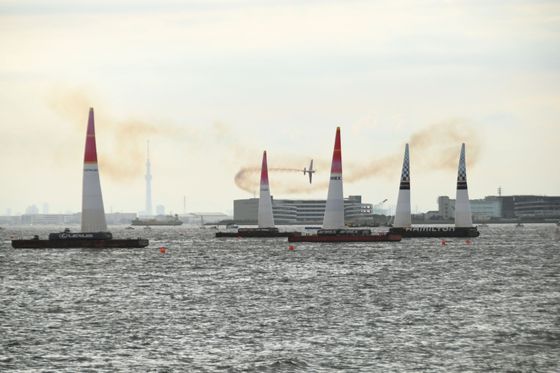 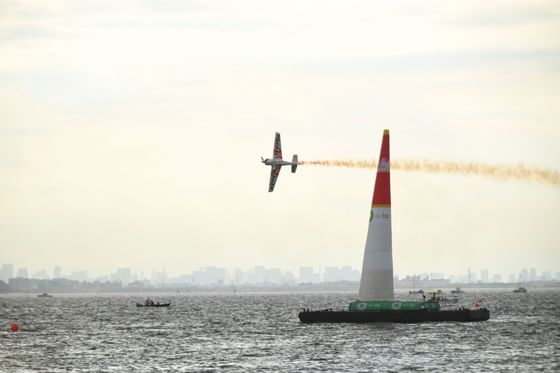 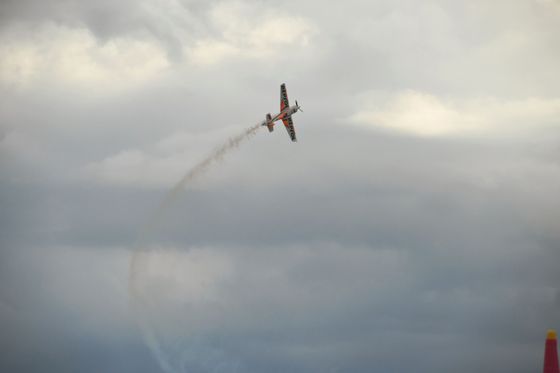 The time is 56 seconds 760. At this point, Berarde will jump to first place in qualifying. 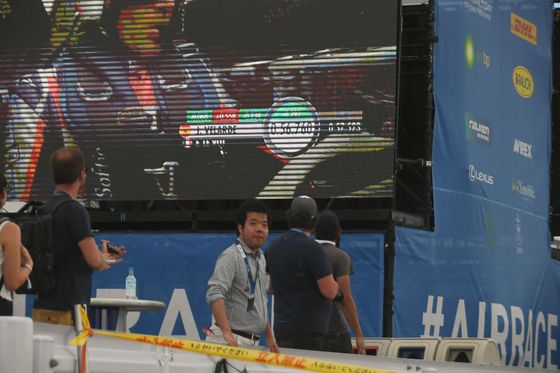 Ben Murphy player made a mistake of tearing the pylon with the main wing and added a penalty of 1 second. Penalties are added to the time if you hit the pylon, the aircraft is not level when passing through the gate, or if there is no smoke from the tail. Since air races compete for a few seconds of commas, the presence or absence of a penalty is very important. 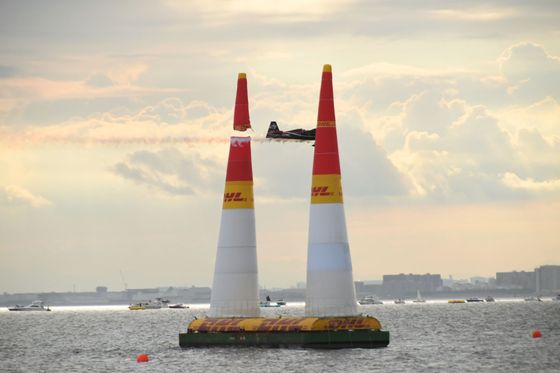 The pylon is made of cloth and the inside of the pylon is hollow, so it does not affect the aircraft even if it collides. One of the highlights of air racing is that when the pylon is torn, you can see the Air Gator immediately rebuilding the pylon. 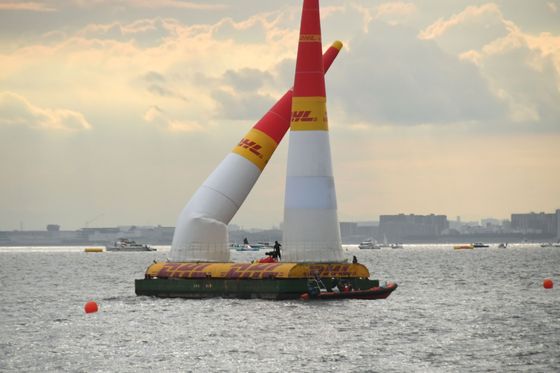 The pylon is back in less than 3 minutes. 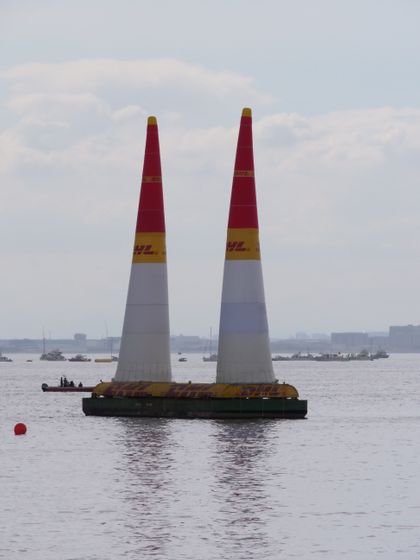 Yoshihide Muroya , the only Japanese pilot, appears on the EDGE 540 V3 with wings and body that are emerald green tail and blue spinner . I started with a great cheer. In the 2019 season, Abu Dhabi ranked 1st and Kazan 1st, but in the Balaton Lake, it was 12th and the overall ranking was 3rd. The championship is still within range. 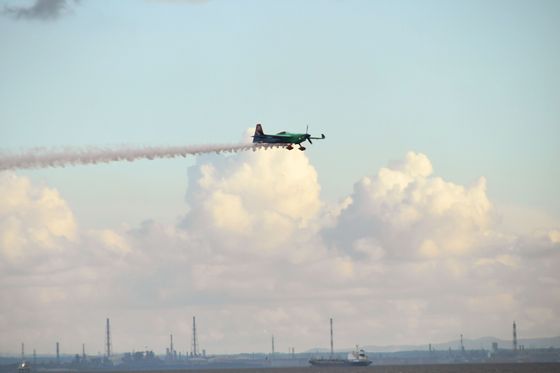 A tailwind was blowing at the starting point. 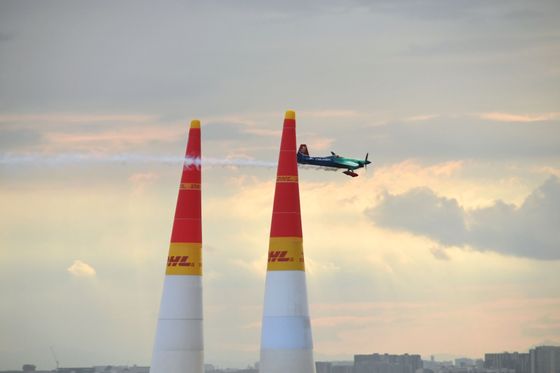 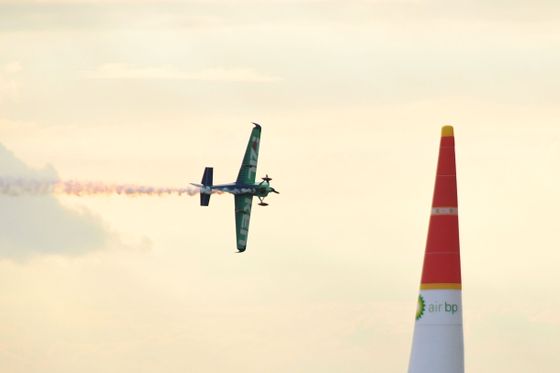 The wind changes direction and flies in the headwind. The wind was getting stronger as time went by. 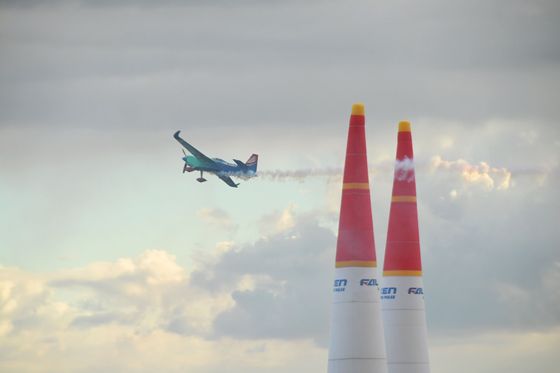 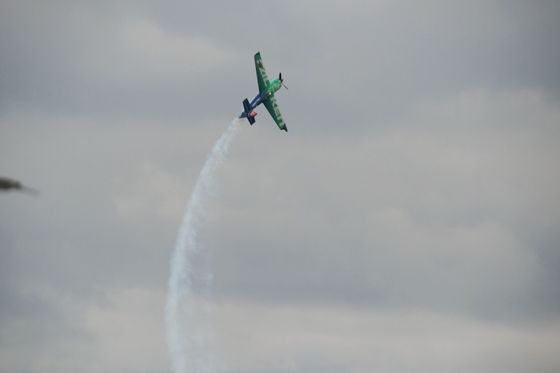 There is no penalty and the time is 57.570. The difference with the first-placed Berarde is 0.810 seconds and within 1 second. Muroya placed 4th in the Chiba qualifying provisional ranking. 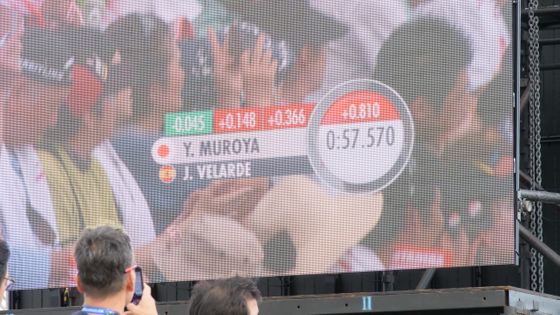 As the overall winner of the 2018 season,

Martin Sonka, the winning candidate who will record 2nd, 3rd, and 4th in the 3 games before Chiba in 2019, is the bird. A former Czech Air Force fighter pilot and a pure airplane rider. 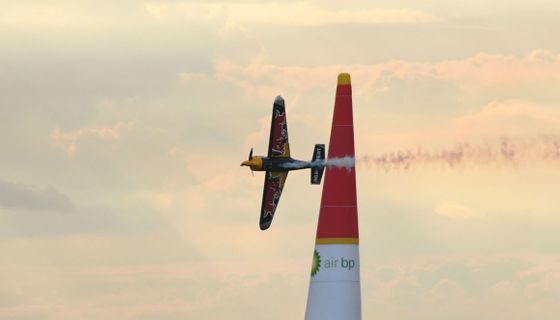 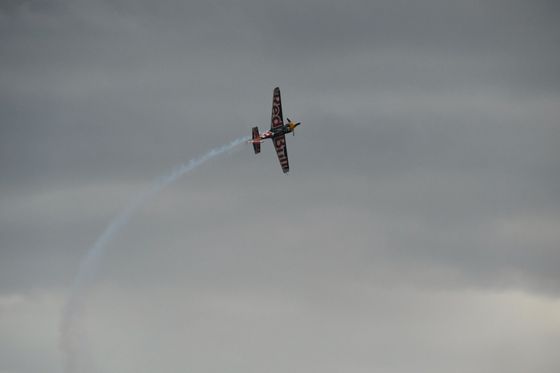 The EDGE 540 V3 operated by Sonka has a large RedBull logo on both wings, and you can see “RedBull” on the back. Slalom's overwhelming speed is exactly the flight of the champion. 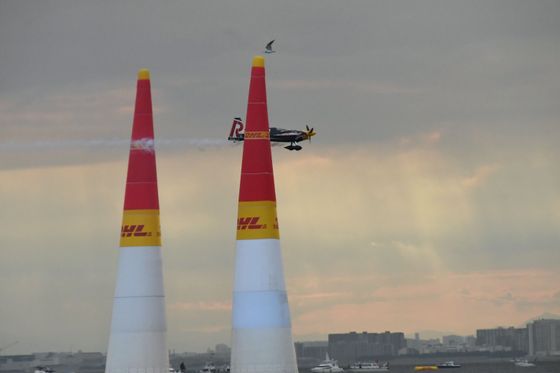 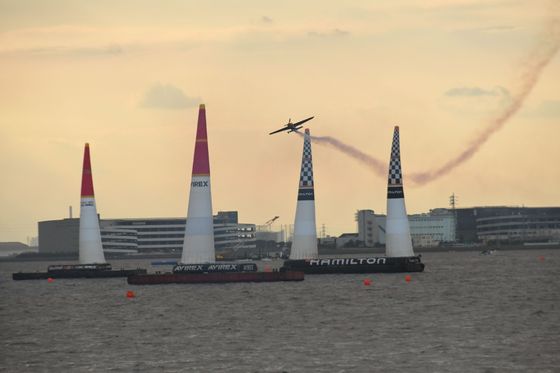 The record is 56.879 seconds, and the difference with Berarde who confirmed the first place is only 0.119 seconds. Sonka showed second place in the qualifying and the championship. 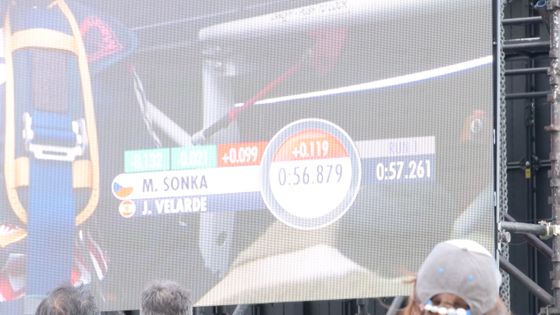 The following video shows at a glance the difference between the flight of 1st place Berarde and the 2nd place Songka. In the early stages, Sonka is different by one aircraft, but as you can see from the following movie, Berarde decided to turn at about half the height of Sonka, and reversed. You can see that the goal is maintained while maintaining the difference.

The qualifying results are as follows.

The next day, September 7, a tournament will be held based on the qualifying results. Along with the winners of the Chiba race track, the annual winner of the 2019 Red Bull Air Race will be decided.