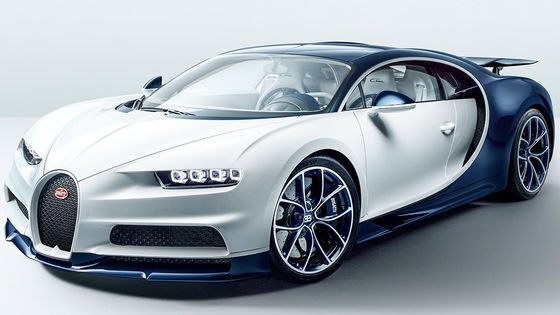 The video of breaking through 490km / h is also released.


Bugatti Shillong standing up the right curve of Era Leschen, which the Volkswagen Group uses as a test course. Driving is Andy Wallace, a professional racer.

In the video, the upper left is a compilation of various driving scenes, the upper right is a picture of driving, and the lower is a fixed camera facing forward. Shillong, which is accelerating on a long straight, breaks through 250 mph (402.37km).

At this speed, the speed of the car window makes it difficult to understand how fast it is accelerating, but when you look at the meter, it is still accelerating, reaching 300 miles per hour (482.8km), which has been a wall.

The world's fastest record of commercial vehicles is certified by Koenigsegg AGERA in 2017, with an average of 447 km / h (fastest is 458 km). However, in this challenge, Dallara engineers based on Bugatti Shillong, for example, the body is about 10 cm longer than the original, the rear wing and the air brake are removed and replaced with new aero parts . In addition, the passenger seat is removed and a computer system for challenging is installed, and countless weight reduction measures are also taken, which is different from the commercially available Bugatti Shillong.

Top Gear does not describe this record as 'update the fastest record of commercial vehicles', and Bugatti President Stefan Winkelman said, 'Our goal is to be the first company to break through 300 miles per hour 'It was a great goal to cross the 300 mph barrier anyway, no matter what means.'