A free app that makes it easy to create deep fake images with a single face photo, popular in China The app `` ZAO '' that allows you to easily create a deep fake movie on your iPhone that fits your face on one scene of a movie or TV show just by uploading one face photo of your face was released in China, iOS App Store for China It has been reported that it won the top ranking of popular free apps.

The following movie shows how to create a deep fake video that uses ZAO to compose the face of the actor Leonardo DiCaprio .

In case you haven't heard, #ZAO is a Chinese app which completely blew up since Friday.Best application of 'Deepfake'-style AI facial replacement I've ever seen.

Here's an example of me as DiCaprio (generated in under 8 secs from that one photo in the thumbnail) ???? pic.twitter.com/1RpnJJ3wgT

Leonardo DiCaprio who plays Romeo in the movie ' Romeo & Juliet '. A male face photo is loaded in the lower left. The face of the man in the lower left has been replaced with the face of Dicaprio. You can see that there is no sense of incongruity in the cigarette holding even if the face changes, and it is not just a simple composition of the photos. According to Allan Xia, who tweeted the movie, it took less than 8 seconds to create this deep fake video from a single photo. Just because it is not pasted, the facial expression is completely different from the loaded face photo. There is no seam in the synthesized part, and if you look at it without knowing anything, the quality is as if you were thinking of a “cosplay reproduction movie by a fan?” 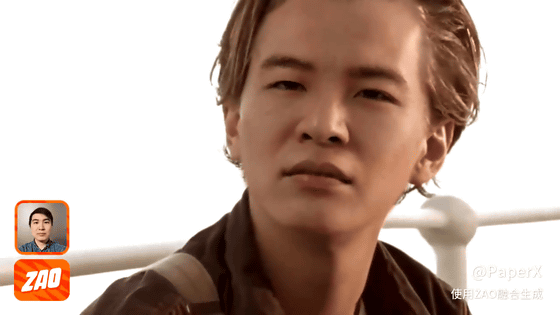 The name scene “Romeo who greets Juliet in a suit as a bride in the church” seems to be played by a man who doesn't know at all, not DiCaprio. Even in dark scenes where the face was almost invisible, the face changed firmly. Bloomberg , ZAO was released free of charge on Saturday, August 30, 2019. As of September 2, 2019, the smartphone app ranking in China is ranked first in the free app ranking. According to Bloomberg reports, ZAO's privacy policy that the user has to agree stated that 'the developer has the right to all the content created by the user'. For this reason, criticism has focused on “the deep fake video created by ZAO may be used without the user's consent”, and ZAO's development company, Momo, suddenly changed the license. Announced, “When a user deletes data, the data is deleted from the server as well.”

In July 2019, the popular application `` FaceApp '' that can aging and rejuvenating face photos is reported as `` saving face photos uploaded by users on the server '', It is regarded as a problem. 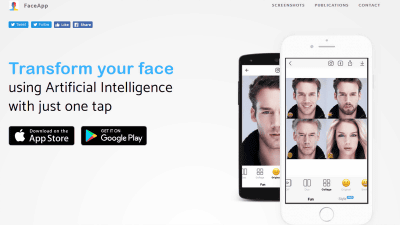