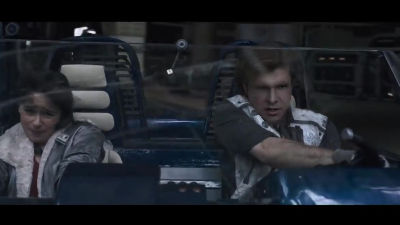 Although the movie " Han Solo / Star Wars Story " played the hero's Han Solo by Alden Elen Raik, there are not many Star Wars fans who remember the sense of incompatibility with the original Harrison Ford did. Tsumono has appeared in Harrison Ford who performed young Han Solo by "Deep Fake" technology which changes the characters in the movie by AI.

Mr. derpfakes did the solo · deep fake. The movie "Han Solo" played by Harrison Ford can be checked with the following movie.


Even in the dark scene, I can tell that Ford is a sharp "eye".

The facial expression itself belongs to the original Airenaiku.

According to derpfakes, the captured Ford's face was taken from images and still images before 1977.

Shadows and so on, almost failures can not be confirmed.

The degree of perfection of the video is too high, and the "voice" which has not been replaced makes the level at which a new sense of incongruity is born.