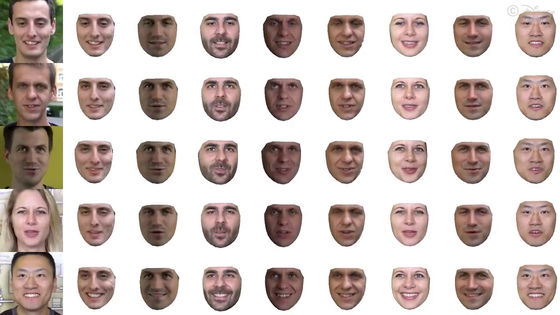 A research team at Disney Research Studio and Zurich Institute of Technology developed a fully automatic algorithm that replaces a person's face in an image or video with another person's face. According to the team, it is the first method to output a high-resolution replacement result that looks like a photo in real time at a resolution of megapixels.

A video has been released showing what kind of face exchange is actually performed using this method.


The first thing that appeared was a video of a man talking. They have four hairs and have the same hairstyle and outline, but they are completely different in terms of eyes, nose and mouth. 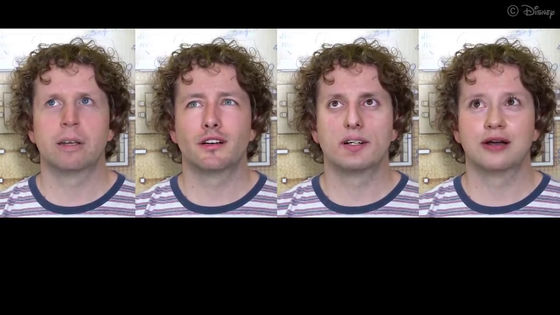 The left end is the same as the original, and the three on the right have been replaced with the faces of different people. The research team detected the main points on the target person's face, then put them in a 1024px square resolution, and replaced them with other people's faces created in the same way. 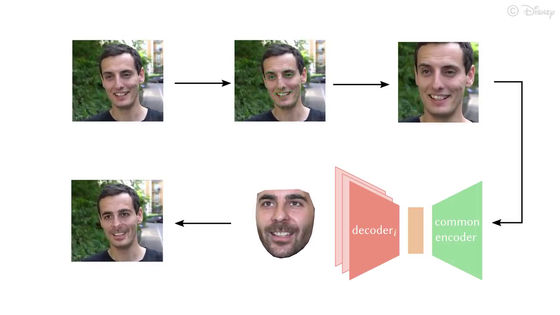 You can replace the face freely. In addition, it not only replaces the face, but also includes technology that improves its accuracy. For example, the facial expressions of the following women are difficult to understand if they are still images, but they stabilize the parts that serve as landmarks, such as the eyes and lips. Since the right side is not stabilized, the eyes and lips move subtly as parts when staring. 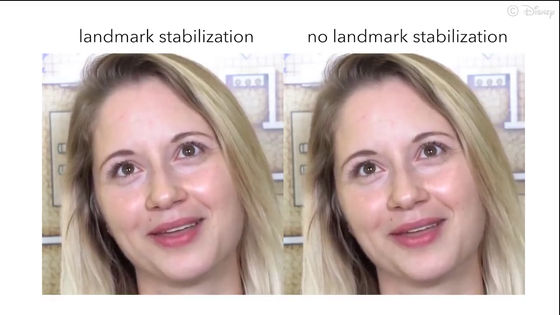 It is also being compared with '

Deep Fake ' that appeared in 2017. Deep fake has few failures, but you can see that this technique is superior in terms of sharpness such as beard. 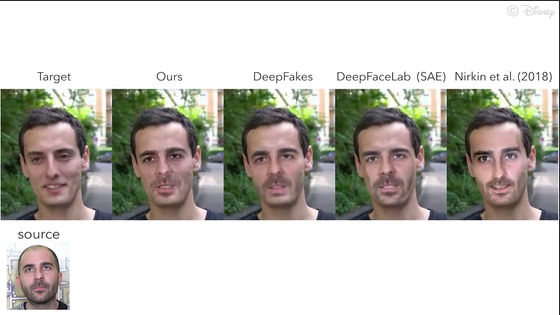