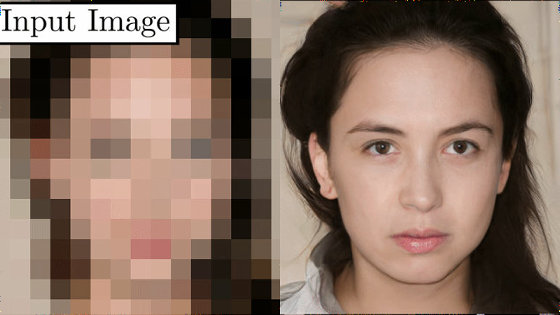 Technology for converting a mosaiced image into a mosaic-free image has been developed so far, but by using an artificial intelligence algorithm newly, a more realistic image that reproduces more details than ever before is a mosaic image. The technology that can be created from has been developed. Using this technology, it is possible to convert an image of 16 × 16 pixels to 1024 × 1024 pixels in a few seconds and finish it like HD resolution. 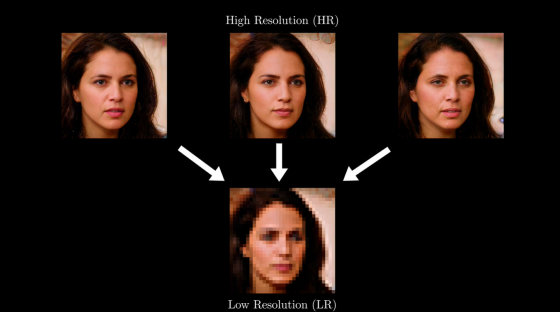 On the other hand, what the researchers have newly developed is to scrutinize the samples created by AI from high-resolution images and search for similar faces as much as possible when reduced to low resolution. One of the artificial intelligence algorithms is the 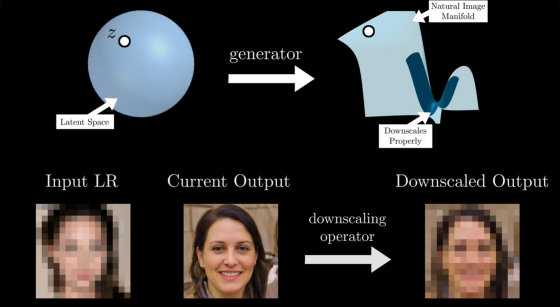 PULSE can convert a 16 x 16 pixel image to 1024 x 1024 pixels in a few seconds, and finish it in a very high resolution image that you can't think it was originally a mosaic image. For this reason, it is possible to depict pores, wrinkles, and individual hair.

Below is the original low resolution image from the left, According to Rudin, PULSE can 'create realistic photos from low-quality images' that no other tool can. It is a big difference from the existing technology that it is possible to generate images that depict details in detail, but on the other hand, the generated face becomes 'a very realistic image that does not exist in reality', so it is not suitable for criminal investigations etc. It is not available.

In addition, when a researcher asked 40 people to evaluate the image generated by PULSE and the 1440 images generated by the other five methods, PULSE was 'a high quality image close to a real person' It was said that it was most highly evaluated.